Reassembly Is The Space Game I've Been Waiting For 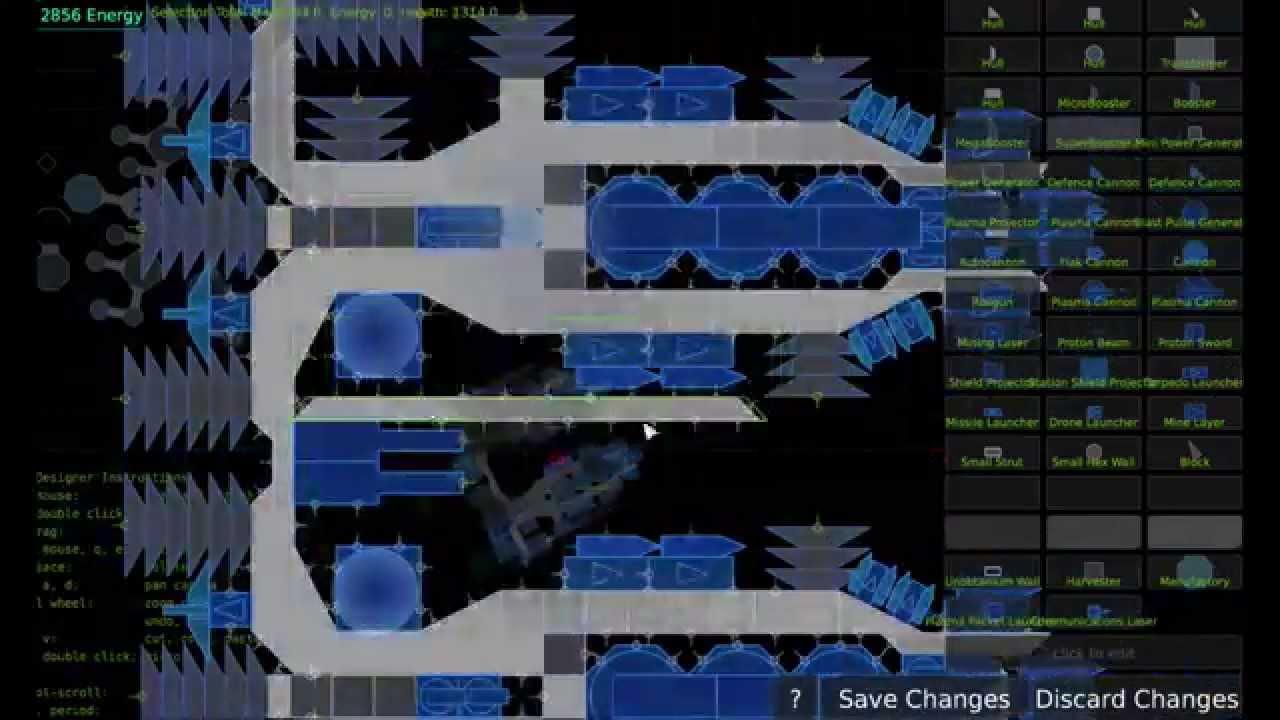 YouTube videos require cookies, you must accept their cookies to view. View cookie preferences.
Accept Cookies & Show   Direct Link
Reassembly has just released the Linux version of their spaceship building and exploration game. We have tested it out and found it to be one of the most fun 2D space games around.

These are my initial thoughts after playing it for around 2 hours.
Edit: I've now sunk in well over 7 hours!

The game does remind me of Boss Constructor and gives it some serious competition. To be honest I find Reassembly far more interesting to play too.

My thoughts
My usual annoyances with sandbox games don't exist with Reassembly, as the tutorial actually covers near enough everything you need to know. That's really important for me to be able to enjoy a game, and hooray I can!

In Reassembly you are able to edit your ship on the fly as you earn credits from resources if you aren't a factory ship, from exploring new sectors, and from destroying the enemy AI ships. It sounds easy enough, but wow the game can get hard. There I am minding my own business flying around trying to get to grips with things, and I spot an enemy cargo ship, so I proceed to destroy it. Little did I know closing in on me was a bloody huge destroyer and as soon as I saw it; bang, dead.

The game simply re-spawns you on death though, and that's one of the qualities I love about it, that you can just carry on. If you manage to get away without being blown up, then your ship slowly regenerates too which is a nice touch. It is preferable to escape rather than be blown up, as you will lose collected resources and re-spawning does cost credits.

As you gain more credits you can upgrade your fleet with new building blocks like a factory, and this enables you, with enough resources, to spawn your own ships. It gets even more interesting when you start spawning ships with a factory and they start spawning their own ships. You will begin to need this as you start facing some massive enemies.

One feature they note is this "Ridiculously User-Friendly Spaceship Designer", and they really aren't lying. The blocks are all simple to understand, and they snap together nicely. That doesn't make designing a ship that is actually any good easier though!
Any ship I design always seems too bulky and terrible in combat, so I really need to work on that.

I haven't quite figured out what all the green plants are about that seem to shoot seeds everywhere. I am sure they have some sort of purpose though.

Once you get enough credits to unlock shields and some of the heavier weapons, the game does seem to get a lot easier, but it will take a while to get there. It certainly seems to get easier, and until you start attempting to get to the middle sector it might seem laughable with your new powerful ship; then you encounter some insanely heavy fire, when you start seeing stuff like the image below: It's probably best to get backup, I tried flying away and to the left of this was at least double that resistence, so I got annihilated trying to make my escape. My poor ship didn't stand a chance when it was surrounded and by itself, so this is a good time to spawn into a factory ship nearby and start spamming out other ships.

There's a lot to love about Reassembly, but I think it still needs quite a bit more content in the form of blocks to place on your ships to really enable you to have fun designing them.

Check out Reassembly on Steam now. I can easily recommend it. It is in early access though, so remember the usual applies, bugs and all that.

I am tempted to Livestream a little tonight I am enjoying it so much. Article taken from GamingOnLinux.com.
Tags: Early Access, Action, Initial Thoughts, Sandbox, Steam
0 Likes
Share

We do often include affiliate links to earn us some pennies. We are currently affiliated with GOG and Humble Store. See more here.
About the author - Liam Dawe
I am the owner of GamingOnLinux. After discovering Linux back in the days of Mandrake in 2003, I constantly came back to check on the progress of Linux until Ubuntu appeared on the scene and it helped me to really love it. You can reach me easily by emailing GamingOnLinux directly.
See more from me
Some you may have missed, popular articles from the last month:
The comments on this article are closed.
8 comments
PublicNuisance 10 Dec, 2014

View PC info
Interesting concept. I emailed the developer to see if they plan on a DRM free release and a playable demo. Would be nice if they are.
2 Likes, Who?

Liam Dawe 10 Dec, 2014
View PC info
I didn't mention when you design a ship, you can also have it face off controlled by an AI against AI ships in round-based game-play to see how your design fares. My battleship "Tux" is currently undefeated.

View PC info
I'll probably pick this up when it gets out of EA.
0 Likes

View PC info
Does it run well? It heavily reminds me of one flash game (with identical idea behind it as well as as nigh identical graphics), which was, well, made in flash, and even with simple graphics like this it ran like utter shit on Linux.

So, is this done properly this time around? No input lag? No slowdowns even with massive battles?
0 Likes

The only issues are minor, and I've reported them already.
0 Likes

View PC info
(Not) Just to ressurect an old thread... it seems a DRM free copy can be purchased in the humble store: http://www.humblebundle.com/store/reassembly

Quoting: PublicNuisanceInteresting concept. I emailed the developer to see if they plan on a DRM free release and a playable demo. Would be nice if they are.