Recursed, a reality twisting platformer made on Linux needs help on Steam Greenlight 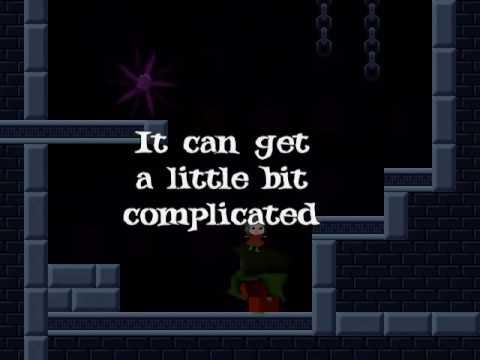 YouTube videos require cookies, you must accept their cookies to view. View cookie preferences.
Accept Cookies & Show   Direct Link
Always happy to give a shout out to games made entirely on Linux. Recursed was emailed in by the developer, as it's developed on Linux using open source tools.

The graphics may be simple, but the whole idea of the game has me rather intrigued. Rooms come from chests and the chests themselves can be taken with you. Can't say I've ever seen this done before, very cool idea.

About
Recursed is a complicated logic puzzle game about restructuring the world. Stack boxes to reach high ledges, use keys to unlock doors, and jump into chests to visit other rooms. Move rooms inside themselves and break the nature of reality. It might sound simple, but it isn't.

The developer states it already has 64 levels with secrets included too. The developer hopes to have it finished in July of this year.

Give it a vote here if you like the look of it. Article taken from GamingOnLinux.com.
Tags: Greenlight, Indie Game, Platformer, Puzzle, Steam
0 Likes
We do often include affiliate links to earn us some pennies. We are currently affiliated with GOG, Humble Store and Paradox Interactive. See more here.
About the author - Liam Dawe

Hmm. Looks very cool. I hope he does a good job polishing it up. Voted!
1 Likes, Who?