Regular Human Basketball is out and it's hilariously odd

How can you improve Basketball? Robots! Not just any robots, massive death-machines capable of flight with rockets stuck to them of course. Even better, you don't have direct control over them, instead you run around inside them madly mashing all the buttons to make it move. Sounds like it should be a real sport, what could go wrong? Well, like me, you could fall out and have it land on your head.

The developer, Powerhoof, sent over a few copies for us to take a look and look we did! After trying it out, I can safely say it's one of the most amusing games I've played all year.

Here's a video with myself and Samsai demonstrating how not to play Regular Human Basketball: 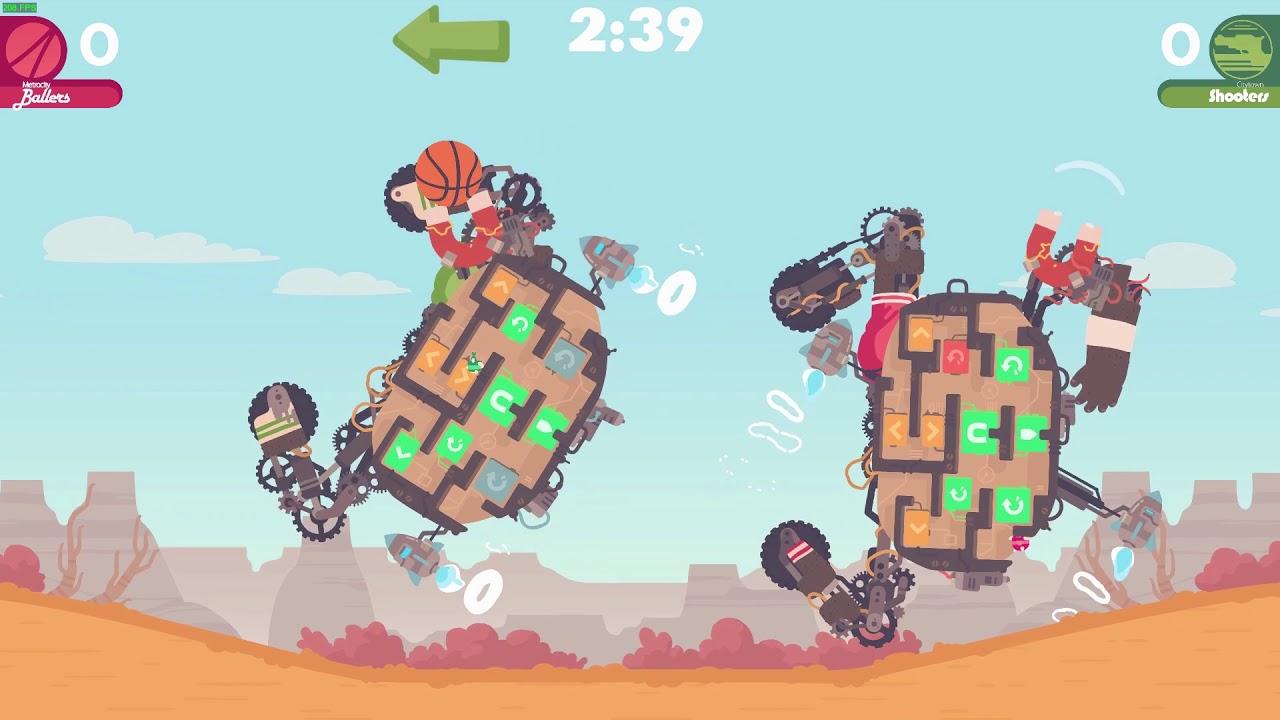 Their actual launch trailer is here.

It has local co-op support, private online match support for you and friends as well as public matches. It's also another game with the fun built-in gif saving feature, great for those moments that you wish to keep handy. We decided to make great use of this feature, so you can enjoy our show of "skill".

Check out my awesome dunking skills: 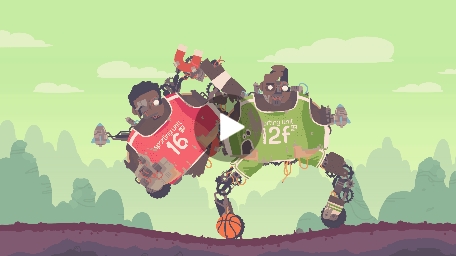 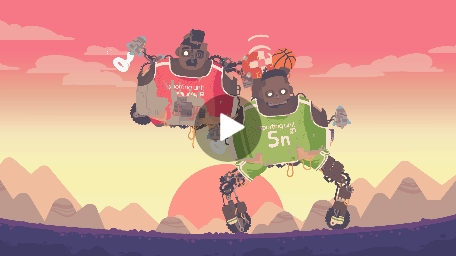 The Steam Controller works perfectly too, except in the main menu where the left stick will get stuck on the match type, but thankfully the D-pad works fine there to get around it. When you're actually in a match, the Steam Controller is flawless with no configuration required.

You can grab it on Humble Store, itch.io and Steam.

Liam Dawe 1 Aug, 2018
View PC info
Ps. If more of you pick it up, myself and Samsai will likely be playing some more for people to join in.
2 Likes, Who?

Eike 1 Aug, 2018
View PC info
This running around inside to control the world outside reminds me of Lovers in a Dangerous Spacetime.

It looks like that mixed with some awkward controls games I've played
0 Likes
ReverendJ1 1 Aug, 2018

It's possible Lovers in a Dangerous Spacetime was influenced by this game. It's actually over 3 years old now. It was originally a game jam game released on itch.io.
1 Likes, Who?

Quoting: liamdawetheir Steam page is having issues with the buy button not showing up.

Those seem to be gone! I have already successfully bought it :)
0 Likes

View PC info
I helped test this one a little bit before it came out. Looking forward to playing with my fellow Linux users in the future when I have more time to play :D
3 Likes, Who?
While you're here, please consider supporting GamingOnLinux on: