Reports: Valve making their own VR HMD and apparently a new VR Half-Life

It appears Valve are truly getting more serious about Virtual Reality as they appear to be making their own headset. On top of that, apparently a new Half-Life VR game is coming.

Leaked to an imgur album, which contains multiple shots of the new hardware. These includes shots clearly showing a Valve logo:

The uploadvr website has claimed they have had it confirmed by various sources that it is in fact real. As someone who really wants to try VR, I am hopeful Valve will be able to give it a decent price. The current price for most VR hardware is simply out of reach for a lot of people, myself included.

Even more interesting, is that Valve are apparently working on a new Half-Life which will be a VR title. That certainly could be one way to push adoption, I imagine that would turn a few heads that otherwise wouldn't have been interested. Could backfire too of course, if it's VR-only. To keep expectations in check though, reportedly it's a Half-Life 2 prequel and not Half-Life 3.

Valve News Network also have this video up about the Half-Life game which is interesting: 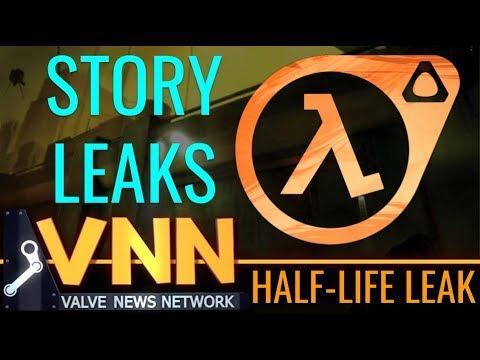 Considering Microsoft is making moves buying up more studios and making another attempt to fix up the Windows Store, along with some bigger players leaving Steam like Activision, EA, Bethesda with the new Fallout and all this together should make Valve at least a bit worried. Their current growth will only last so long, if others continue to leave and become exclusive to other stores.

Valve obviously need to make moves of their own and it looks like doubling down on VR is what they had in mind. The amount of people that currently own a VR headset as reported on the Steam Hardware Survey is still extremely low (lower than the Linux share) so Valve really will need a decent price on it.

It does make you think about Valve's future plans. They're doing this new VR hardware, some new games and pushing Steam Play to get more games on Linux. Would it be too far-fetched to consider a new Steam Machine? One continued to be powered by their SteamOS Linux distribution that allows VR support out of the box along with a huge back catalogue of previously Windows-only games.

That's a pipe dream of mine though really and I'm basically thinking out loud at this point, as I'm sure it's just different teams working on their own thing. However, if it did all come together, that could be amazing.

We do often include affiliate links to earn us some pennies. We are currently affiliated with GOG and Humble Store. See more here.
About the author - Liam Dawe
I am the owner of GamingOnLinux. After discovering Linux back in the days of Mandrake in 2003, I constantly came back to check on the progress of Linux until Ubuntu appeared on the scene and it helped me to really love it. You can reach me easily by emailing GamingOnLinux directly.
See more from me
Some you may have missed, popular articles from the last month:
The comments on this article are closed.
91 comments
Page: 1/10»

That should be enough to counter Microsoft

I'm still baffled how many people think that HL3 would be a VR game. That makes no sense and would be a very very dumb idea.
8 Likes, Who?

Unthinkabel(?) Valve does not come up with something on this day.
Gave up hope it will be anything substential about Half Life 3
but a press release containing this prequel VR title + upcoming HMD seems plausible to me.
0 Likes
Whitewolfe80 11 Nov, 2018

View PC info
As long as the money tap doesnt get turned off to codeweavers and dxvk guy. Good for the guys interested in vr am not one of them but good for those that are.
0 Likes

Quoting: kuhpunktI'm still baffled how many people think that HL3 would be a VR game. That makes no sense and would be a very very dumb idea.

No, it's a decades old practice called "system seller".

Bundle the new HMD with other hardware like controllers, steam link, a steam box with the most prominent games store and you will be able to build your own eco system.

Might not be the most possible way to work out in this case, but it's certainly not unheard of.
2 Likes, Who?

linux_gamer 11 Nov, 2018
View PC info
Why the heck print the Logo on the PCB of a pre-series device? To me that seems to be quite negligent. The project code name and the hw revision should be well enough as only the project team and suppliers need to know.
1 Likes, Who?

Quoting: GuestVR was basically DOA, and until we get proper peripherals for it instead of roomscale and motion controller trash, it will remain DOA.

Absolutely.
A tech gadget for those with enough money. And space, maybe space is even more important for those games with actual motion controls.
Every time a new VR gadget comes out, the "big future" of VR is announced, and yet, it just doesn't spread. I don't know how many more attempts it will take until even the most diehard fans realize VR is not "the future".
There are just too many games that would never work with VR (or gain absolutely no benefit from it), so that there's just no good reason to reach that deep into one's pockets. Not even beginning to talk about all the other downsides (discomfort, clunkiness, etc.).
It will have its niche, and that niche might even grow a bit (certainly enough to house a few VR-exclusive devs), but that's about it.

QuoteI imagine that would turn a few heads

Quoting: GuestWell, VR is demanding in terms of GPU power. And GPU's prices are actually insane. So, i do not know if this is the best moment.

Valve is also working on something called [SteamVR Motion Smoothing](https://steamcommunity.com/games/250820/announcements/detail/1696061565016280495). It is probably a preparation for this.
1 Likes, Who?
1/10»
While you're here, please consider supporting GamingOnLinux on: