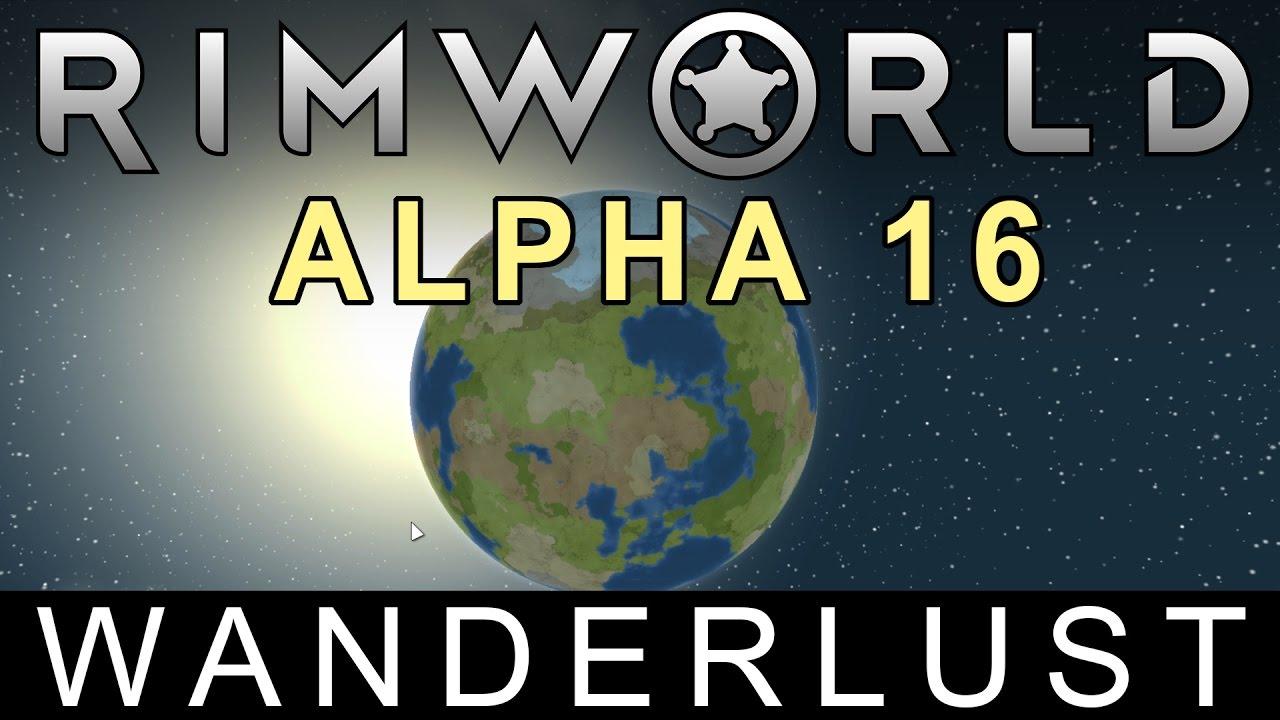 Generated worlds are now sphere shaped split into hexagons and pentagons along with better world generation. You can also now travel across the world, which changes how the entire game feels.

Maps in the game run at the same time, so your home colony will be active and running at the same time as you doing something else in the world. That's really cool and shows how massive the simulation in this game is!

Time of day is modelled on the planet view, so an area where the sun hits has daylight for example. So a proper day and night cycle essentially!

A new way to end the game has been opened, as an NPC may offer you a ship, but it will take a long time to travel there. This comes with plenty of encounters to deal with.

I've played plenty of this game and highly recommend it! Article taken from GamingOnLinux.com.
Tags: Early Access, Sandbox, Simulation, Steam, Strategy | Apps: RimWorld
0 Likes
We do often include affiliate links to earn us some pennies. We are currently affiliated with GOG, Humble Store and Paradox Interactive. See more here.
About the author - Liam Dawe

So it means that it is already possible to win the game by building a spaceship? I thought that wasn’t implemented yet.

Also it’s great that the game is available DRM-free (+ Steam key) when you buy on their web site.
1 Likes, Who?
Ser Eduardo Mogambro 26 Dec, 2016
And there go my Christmas vacations *g*

Quoting: lave"Wanderlust" .. always feels awkward to see german words used in other languages that you dont ever hear in germany. Is Wanderlust somehow part of english vocabulary now, like kindergarden?

Wanderlust is not really used in German, true. Today it translates more to "Fernweh" than to the actual joy of hiking.

I leave this: https://en.wikipedia.org/wiki/Wanderlust although it's pretty easy to find ;)
0 Likes

View PC info
I wish they would publish a dev road map. Their FAQ says they don't want to, which makes me want to continue waiting for it to leave Early Access.
0 Likes

Quoting: lave"Wanderlust" .. always feels awkward to see german words used in other languages that you dont ever hear in germany. Is Wanderlust somehow part of english vocabulary now, like kindergarden?

Given the Germanic roots of the English language, any time English "steals" a word that exists in German, but uses roots that still exist in English, think of it more like remembering something we forgot than theft.
0 Likes
While you're here, please consider supporting GamingOnLinux on: