Rise to Ruins has a 'minor' patch adding 11 new maps

One day I might get bored of Rise to Ruins [itch.io, Steam, Official Site], but today is not that day. The developer has release a 'minor' patch to add 11 new maps. 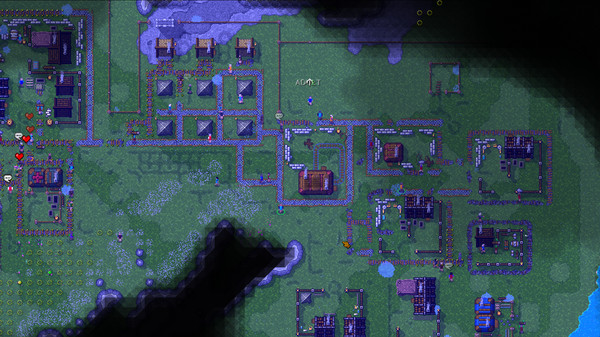 It's a brilliant game, full of character that really reminds me of some early city builders back on the Amiga. I've spent a fair amount of time playing it and it's so well made it's crazy. This is one of the few Early Access games I will happily recommend outright because it just keeps on getting better all the time.

It terms of what's actually new there's 11 new maps, 7 completely remade maps, 6 maps had minor changes, the entire world map art has been updated and more. It does make me laugh that the developer classes such updates as 'minor', but I suppose compared to some of the other huge release it might seem so, even though it's still full of new content.

See the full release notes here. The update just before this one, also pushed all the recent big updates into the main stable version of the game which introduced The Marketplace, Gold and a Catjeet mob. It also added in Upgradable Housing, Upgradable Farms, a joke Loot Box system with boxes that can be found across maps and plenty more.

What really amazes me, is that it's only £6.99. It's a game a firmly feel is worth quite a bit more than that.

We do often include affiliate links to earn us some pennies. We are currently affiliated with GOG and Humble Store. See more here.
About the author - Liam Dawe
I am the owner of GamingOnLinux. After discovering Linux back in the days of Mandrake in 2003, I constantly came back to check on the progress of Linux until Ubuntu appeared on the scene and it helped me to really love it. You can reach me easily by emailing GamingOnLinux directly.
See more from me
Some you may have missed, popular articles from the last month:
The comments on this article are closed.
2 comments
TheRiddick 17 Jan, 2018

View PC info
Is this game like RimWorld?
0 Likes

View PC info
One thing I didn't like when I tried the game half a year ago (or more?), was that especially in the early game, there is basically one build order to rule them all and if you don't do it more or less exactly like that, you're toast.

Another problem was that once you fail, it means starting all the way from 0 again. There was no way to rebuild or continue from day X or so. Which wouldn't have been such a problem if the first days weren't pretty boring (once you get the hang of it).

Has any of the above changed somewhat?


Last edited by TheSHEEEP on 17 January 2018 at 1:58 pm UTC
0 Likes
While you're here, please consider supporting GamingOnLinux on: