RogueCraft [itch.io] Squadron is another great find on itch. A simple RTS game that has perma-death and upgrades like you might find in a roguelike. The game is still in the early stages of development, but even so I find it an interesting idea. 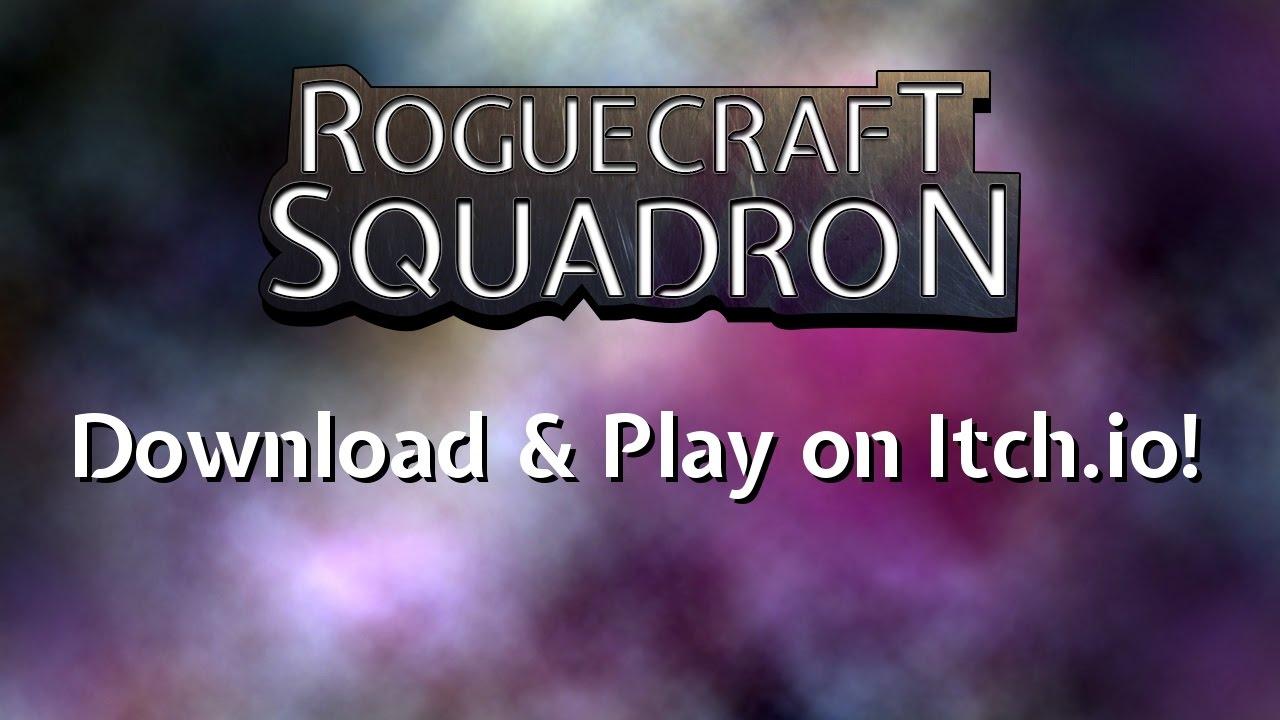 YouTube videos require cookies, you must accept their cookies to view. View cookie preferences.
Accept Cookies & Show   Direct Link
Fun fact: The version tested at time of original testing had a bug in the tutorial, so I had to make use of the itch.io app feature of reverting to a previous version. Great feature. It was fixed after I reported it.

It's a simple strategy game with you building up a fleet and travelling through different locations in space, dealing with any hostile ships and moving on. It certainly has the basics there, with a fresh amount of content added in future, it could make for a pretty compelling RTS/Roguelike mix. If there's one thing I absolutely love more than anything, it's traditional strategy games that allow you to gather resources and build things up. Sprinkle in the roguelike aspect of warping to different locations, with a tech tree to unlock when you die, it's a compelling game idea.

It's missing a few of the obvious things from being in development like: queuing up items to build, not a lot to actually build right now, the continue button actually resets the game (oops!) and so on. However, the basic idea of it is sound. A roguelike RTS that's not overly complicated, where you build a fleet and go destroy everything—sold!

In this case, I'm happily looking into what this game could easily become if the developer continued development.

The developer told me on Twitter they do plan to eventually make a full paid version, I can't wait to see what they do with this! They're also doing a polishing pass on the game this week, so do check it out later on in the week. Article taken from GamingOnLinux.com.
Tags: Free Game, Itch.io, Strategy
1 Likes, Who?
We do often include affiliate links to earn us some pennies. We are currently affiliated with GOG, Humble Store and Paradox Interactive. See more here.
About the author - Liam Dawe

I am the owner of GamingOnLinux. After discovering Linux back in the days of Mandrake in 2003, I constantly came back to check on the progress of Linux until Ubuntu appeared on the scene and it helped me to really love it. You can reach me easily by emailing GamingOnLinux directly.
See more from me
Some you may have missed, popular articles from the last month:
The comments on this article are closed.
1 comment
Duckeenie 4 Jul, 2017
The Starcraft vibe is strong here. Obviously that's a good thing.
0 Likes
While you're here, please consider supporting GamingOnLinux on: