By flesk - 21 May 2015 at 10:11 pm UTC | Views: 9,855
Curious Expedition has been available in a web alpha since November last year, has already built a large following and has now been put on Steam to gather more player feedback.

Developer Maschinen-Mensch has also put up a new trailer to help promote the game: 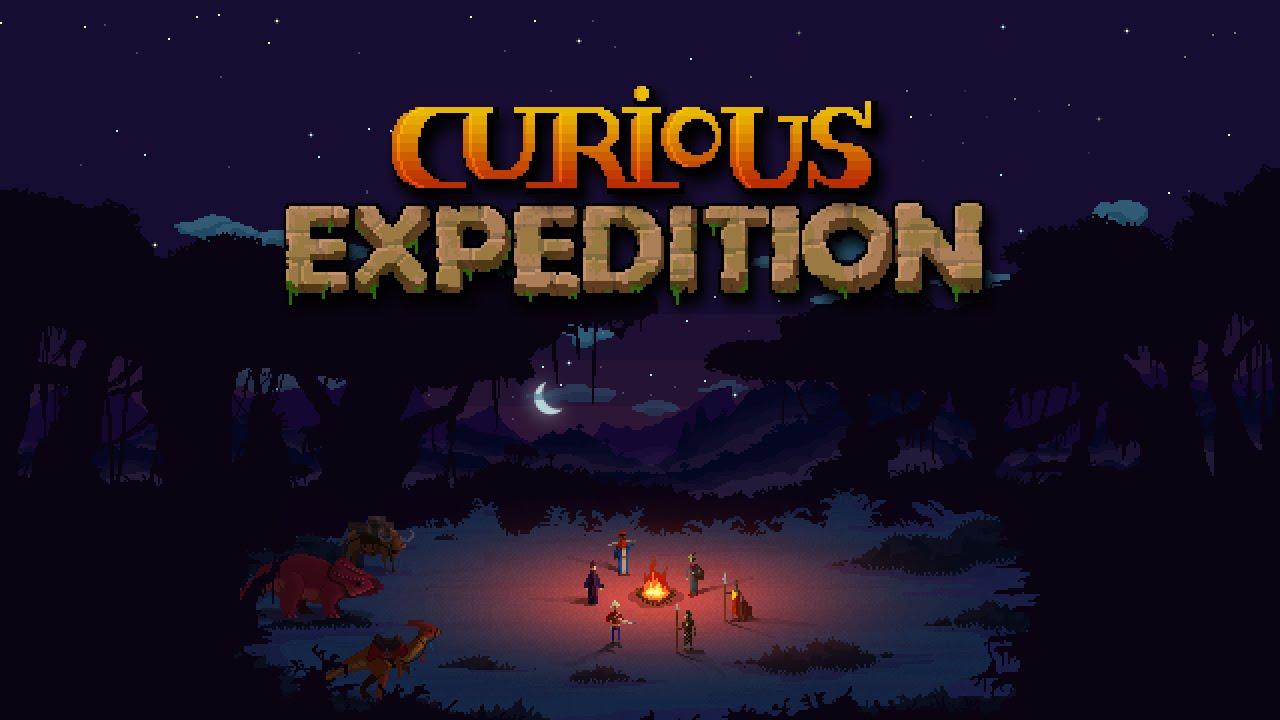 YouTube videos require cookies, you must accept their cookies to view. View cookie preferences.
Accept Cookies & Show   Direct Link
The game was conceived by two former employees of Yager, the developer of Dead Island 2 and Spec Ops: The Line. During the course of the alpha, the developers have been committed to putting out meaty updates to the game every two or three weeks and feel that they now have a game that should have enough content to be enjoyable to play. They plan to use the next few months until July or August to improve the art, add locations and enemies and to keep tuning the game.

In Curious Expedition you get to choose between a large number of famous people from the 19th century to lead your expedition. Including several historical women, like Ada Lovelace, Marie Curie, Amelia Earhart and Mary Kingsley. It's no coincidence that the game has a strong female presence in its cast, as the developer was the one to coin the phrase femcrunch.

QuoteA Femcrunch is a period in development that is solely dedicated to improving the presence and portrayal of female protagonists in a game.

A noteworthy cause, and one that pleases me a great deal.

According to plan, the game will become available as a DRM free standalone within a few weeks, but for now, buying the game from the developer grants you a Steam key for the game. You can also buy the game directly from Steam.

Curious Expedition is a roguelike expedition simulation set in the late 19th century. Together with famous personalities you will venture on unprecedented expeditions to regions never explored before for fame, science and treasures. Put on your pith helmet and khakis and make your way through a lush, procedurally generated world full of wonder and mystery. Now go explore, adventure awaits!

"Another thing to note if it is something that bothers you is that the developers seem to have close ties with Leigh Alexander and their list of supporting quotes on their web site is a veritable who's who of anti-gamergate personalities."

This may influence some people's interest in the game, I know it does mine.
2 Likes, Who?

Quoting: InsperatusThis may influence some people's interest in the game, I know it does mine.

Why would it? Doesn't make the game better or worse.

Mountain Man 22 May, 2015
View PC info
I still don't have a real clear idea about what "gamergate" is or why I should care.
0 Likes

Quoting: Mountain ManI still don't have a real clear idea about what "gamergate" is or why I should care.

Don't worry. Half the people actively involved in the debate don't seem to have any idea either. Some of them work under the premise that it's all about ethics in games journalism, and for others it's about gender equality among gamers. Personally I'd be happy if we kept GOL free of politics. Google will tell you everything you want to know and more.
3 Likes, Who?

Quoting: tuubiDon't worry. Half the people actively involved in the debate don't seem to have any idea either.

Ah, well, that would explain why a Google search yielded results that were vague and contradictory.
0 Likes

Quoting: tuubiI still don't have a real clear idea about what "gamergate" is or why I should care.

Quoting: Mountain ManDon't worry. Half the people actively involved in the debate don't seem to have any idea either. Some of them work under the premise that it's all about ethics in games journalism, and for others it's about gender equality among gamers. Personally I'd be happy if we kept GOL free of politics. Google will tell you everything you want to know and more.

I'd greatly prefer to keep politics off of this site as well. I wasn't going to say anything about the brief political commentary in this article and strong stance from the linked dev's site, I definitely don't want to start a fight here or send us down the rabbit hole, but after reading the steam reviews, I felt compelled to share relevant information.

Also, flesk's endorsement (via his youtube posts, linked from his profile here) of some extremely controversial and divisive opinions troubles me. I wanted to wrap myself in this site all cozy and warm but now I am now hesitant and it's really bumming me out.

I'm not over the whole "gamers are dead" attack on our hobby and culture, and I can't bring myself to support sites or devs that side with the aggressors. I really wanted to support this site, I still do and am hoping this minor political injection is atypical and unrepresentative of this site as a whole. I guess I'll wait and see.

If anyone wants to know what gamergate is from the people who call themselves supporters here are two links to the community:

P.S. I'm not willing to get into any political arguments in these (gamingonlinux) forums, I appreciate the focus on linux gaming this site offers and don't wish spoil it with antagonism. If my post here is seen as antagonistic please understand that is not my intention, I only wish to share information and my sentiments towards the wonderful resource (www.gamingonlinux.com) the site authors have created.

P.P.S. Unfortunately disliking these politics is itself, political, and not what I want for this site. My apologies for further politicizing. I don't want to say this stuff here, it'll ruin it. Please keep the politics out of the reviews!
2 Likes, Who?

View PC info
I come here to see good discussion about video games, not to play in some weird shirts vs. skins 'debate' hovering around video games ;) Anyhoo, I'll gladly check out anything by Yager ^^ And I've been itching for a new Roguelike. The female explorers is a nice touch, my friend seemed especially interested in getting to play as Amelia Earhart. However, Early Access means this one will probably be sitting in my wishlist until full release :P
0 Likes

Quoting: fleskYeah, it makes me more eager to buy the game too. :)

Yep. Because fuck these GooberGaber arsehole.

Quoting: InsperatusI wanted to wrap myself in this site all cozy and warm

I'd rather you go away.

Oh, we do know what it is. A bloody harrassment campaign. The August that never ended.

Quoting: InsperatusIf my post here is seen as antagonistic

Quoting: Insperatusdisliking these politics is itself, political

Oh, wonder, there we actually agree. Curious, because most of the whiny kids on in your hate-group see it differently.
4 Likes, Who?
Samsai 22 May, 2015

View PC info
I'm closing the comments due to a flamewar we do not wish to be a part of. If you seek a GamerGate debate, do it somewhere else.
3 Likes, Who?
While you're here, please consider supporting GamingOnLinux on: