Truthfully, I was pretty bummed-out by the state of The Swords of Ditto at release since it had game-breaking issues, but the developer has made steps to improve it. 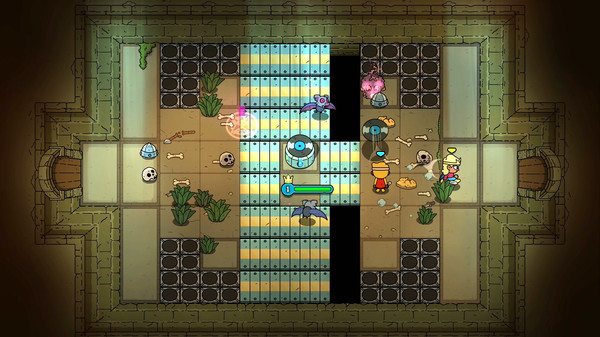 The biggest problem on Linux was an issue with invisible walls, it made my gameplay attempt absolutely impossible due to this. Thankfully, the patch release the 2nd of May has that fixed and more. They also implemented the ability to erase your save and start again, instead of forcing us to manually delete the save files along with multiple other major issues being sorted.

They still haven't patched the GOG version, sadly, so my thoughts on it still have to wait until they do that. They said on the 3rd on May that they're hoping to have the GOG version patched ASAP.

Good to see them make progress, but it was a pretty poor state to release in.

View PC info
Does the Xbox 360 wireless controller work? They don't seem to have any form of input mechanism worked into the export (I'm assuming this is Unity)?
1 Likes, Who?

Quoting: cxpher@gmail.comDoes the Xbox 360 wireless controller work? They don't seem to have any form of input mechanism worked into the export (I'm assuming this is Unity)?

It's not Unity, nor is it Unreal. I'd also like to know if and how controllers do work. I want to play it with Steam Link on my TV screen with my gf :)
0 Likes
JudasIscariot 8 May, 2018
View PC info
Hey guys,

Just wanted to let you all know that the GOG version has been updated ;) Sorry for the delay ;)
1 Likes, Who?
While you're here, please consider supporting GamingOnLinux on: