Rotate different shapes made out of blocks into holes in 'Security Hole', now on Linux 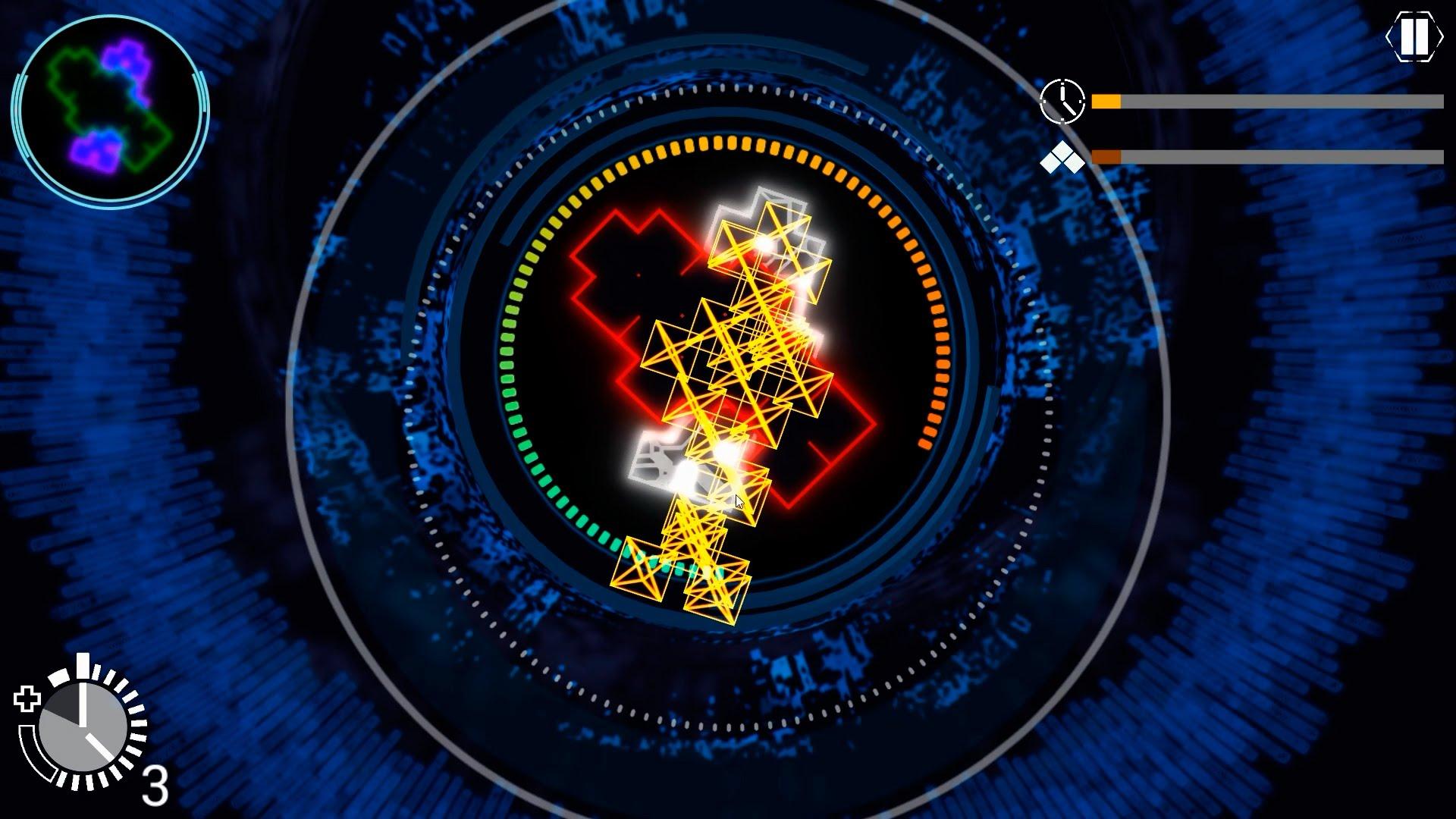 YouTube videos require cookies, you must accept their cookies to view. View cookie preferences.
Accept Cookies & Show   Direct Link
'Security Hole' [Official Site, Steam] recently released for Linux and the developer sent in a key, so I took a look. It's a bit of an odd game, you're trying to help a virus made out of blocks fit into different shaped holes.

It reminds me of a game for toddlers who have to stick different shaped blocks into holes on the top of a plastic box, except the blocks are a virus and they stick together making it awkward.

It's actually a really cool idea, but I'm not too keen on the story part to it which feels like it was shoved in to give the puzzler some meaning it didn't need.

I think what lets the game down are the rotation controls, it feels really imprecise. There's been a few times I could have easily rotated it to match, but the rotation controls felt like they were working against me. Matching the shapes is relatively easy, but it almost feels like false difficulty because of the way you rotate the object. For a game that's supposed to be about spatial thinking, it's more about getting the damn blocks to rotate properly which for me lets it down and made me enjoy it less as time went on.

I am the owner of GamingOnLinux. After discovering Linux back in the days of Mandrake in 2003, I constantly came back to check on the progress of Linux until Ubuntu appeared on the scene and it helped me to really love it. You can reach me easily by emailing GamingOnLinux directly.
See more from me
Some you may have missed, popular articles from the last month:
The comments on this article are closed.
2 comments
AnRaEl 1 Oct, 2016
Hi liamdawe! I'm the developer of Security Hole. Thanks for pointing out that you had a problem with controls. I guess that you were playing the game with a gamepad, right? Can you please give us some further feedback on why it didn't feel right and maybe what you suggest to improve? Thanks!
EDIT: For me personally, I prefer mouse + keyboard, specifically Ctrl + mouse for the shape rotation and Shift + mouse for the camera rotation. These controls were battle tested on eSport tournaments. As for the gamepad, its support was added just to be in there, I'm not a fan of a gamepad but I'm open to any suggestions how to improve the controls.


Last edited by AnRaEl on 3 October 2016 at 12:52 am UTC
0 Likes
rikanov 7 Oct, 2016
I think the controlling issues may rooted in your steam libraries or even in your udev settings. (I've experienced similar things playing other steam games too)
Right now the mouse+keyboard input method is working fine for me in the game. (on openSUSE Tumbleweed)

Moreover, I've found the story-line good enough. In fact, you don't need to know anything about that but it provides a little break for your brain before the next challenge. :) And in the case of that you're interested in it more deeply for some reason you could read the secret documents too being found at the end of one or two levels.


Last edited by rikanov on 8 October 2016 at 6:59 am UTC
0 Likes
While you're here, please consider supporting GamingOnLinux on: