If you're a bit of an RTS nut like me, Rusted Warfare is a really fantastic choice. It's been updated again with some fun new features and content.

To keep you busy, this new release adds in two completely new maps with Valley Arena and Kingdoms. Both of these maps support up to 10 players, so you can have some huge battles! 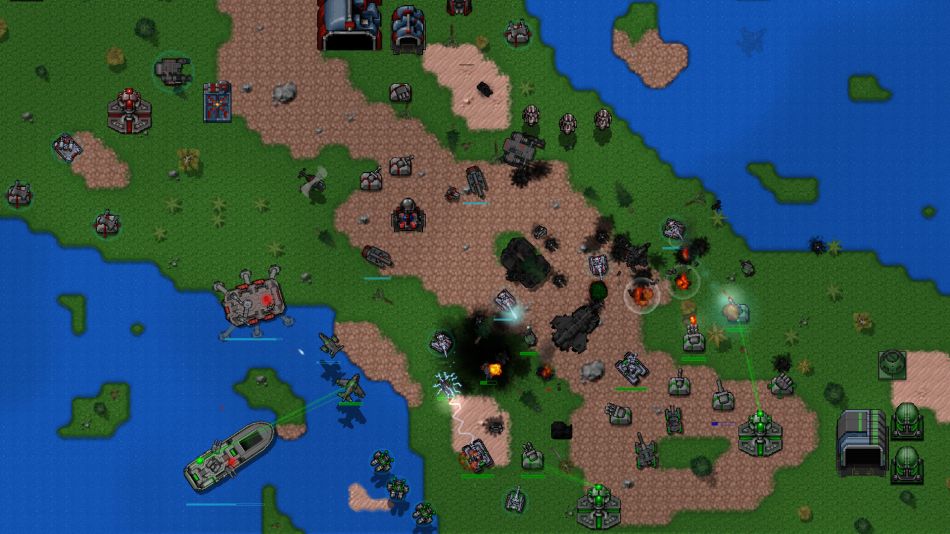 They've also adjusted the multiplayer, so that if things really aren't going your way you can now surrender based on votes across your team. Another new multiplayer feature, is a ping system, something a lot of games have been adding and it's really slick. You can place markers on the map for things like "attack here" and "build here" so it takes away some of pain if your team don't speak your language.

AI pathfinding has been improved too, so lots of units in a group will take a wider gap around obstacles and follow the actual path better overall. The AI no longer has a delay to start building on a fresh game, smarter team starting locations in skirmish battles, no more blurring on the map at certain zoom levels and so on.

Since the game has some good modding support, there's also plenty of improvements to that this release too with a bunch of new options in.

I've put quite a number of hours into this, I can't give it enough praise. It scratches the itch I needed for a traditional base-building RTS and it works on really low-end notebooks too.

We do often include affiliate links to earn us some pennies. We are currently affiliated with GOG and Humble Store. See more here.
About the author - Liam Dawe
I am the owner of GamingOnLinux. After discovering Linux back in the days of Mandrake in 2003, I constantly came back to check on the progress of Linux until Ubuntu appeared on the scene and it helped me to really love it. You can reach me easily by emailing GamingOnLinux directly.
See more from me
Some you may have missed, popular articles from the last month:
The comments on this article are closed.
1 comment
dzejms 4 Mar, 2019

Quoting: GuestVery positive reviews, too. Nice to see! Game-play-wise, is this better than SpringRTS, Planetary Annihilation, or Total Annihilation? I assume they were going for a TA-like game.

I played only two lan games as the gameplay seemed too basic compared to SpringRTS (BA). It's not that the game isn't polished, I just feel like it the game as a whole doesn't have too much to offer (yet?) or maybe just aims different kind of players.


Last edited by dzejms on 4 March 2019 at 6:10 pm UTC
0 Likes
While you're here, please consider supporting GamingOnLinux on: