Sail The High Seas In Windward, An Action Filled Sandbox Game On Steam

What was once going to be an MMORPG, is now a sandbox RPG in a procedurally generated world with cross-platform multiplayer. Windward is now available on Steam and is set to launch Q2 2015 on Windows, Mac, and Linux. As a personal fan of anything Pirate related, I cannot wait for this game to arrive. I've been waiting ages for a Pirates! style game.

For those of you not aware about Windward's history or those hesitant about it's future:


QuoteWindward started as an arena-based action game that was prototyped in 2012, only to be put on hold in October of that year. It was restarted (almost) completely from scratch on August of 2014, going into Early Access in October as an action-filled naval sandbox game set in a large procedurally generated world. With nearly daily updates since then the game has progressed quite well with the help of the community's feedback.

More about the Game: 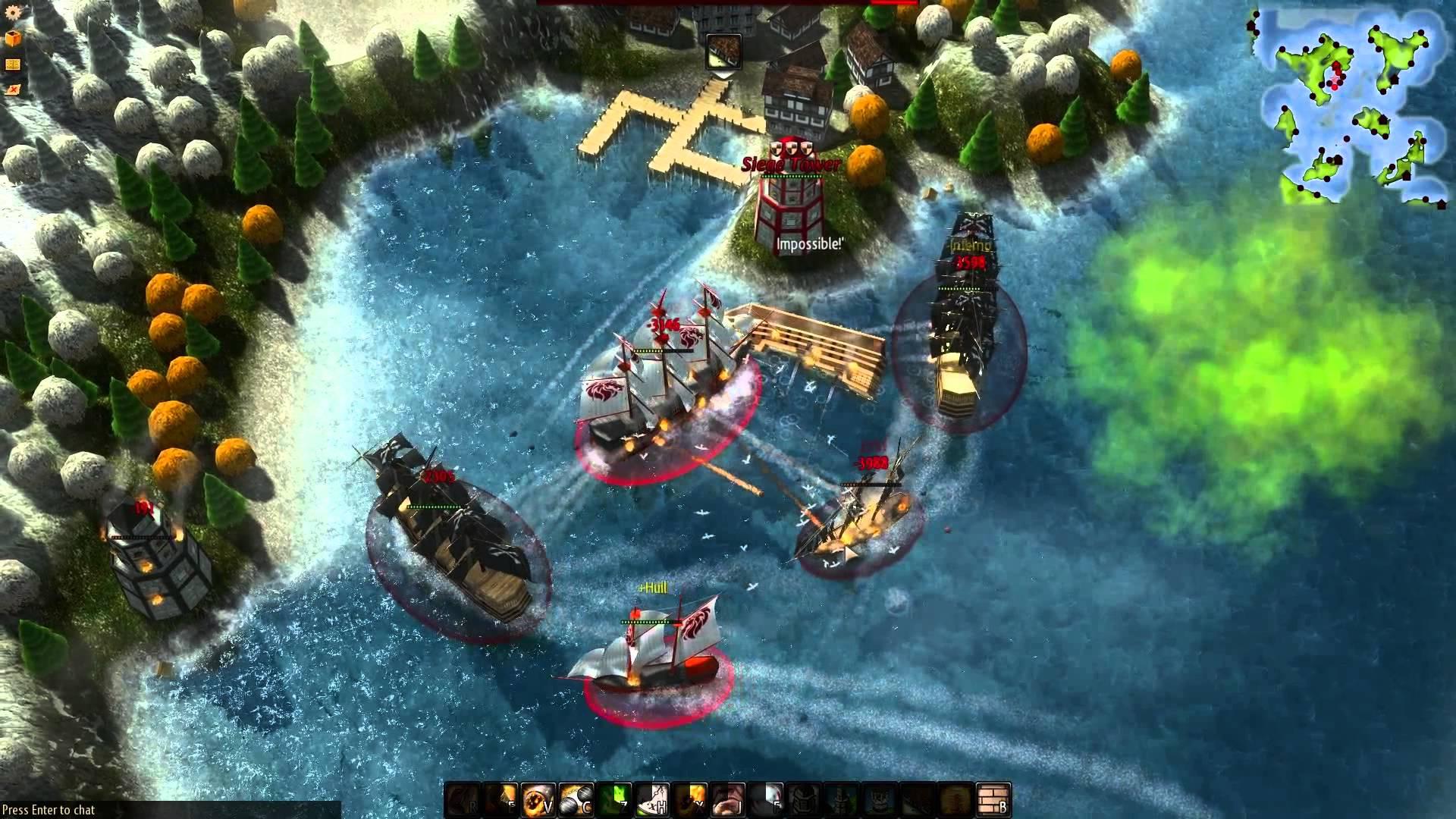 QuoteLarge procedurally generated worlds for a unique experience every new campaign.
Play with your friends via full cross-platform multiplayer! Bring your ship into your friends' worlds, or have them join yours.
Play as much or as little as you like. The game saves your progress on the spot -- no need to save manually.
Play it how you want: relax and immerse yourself doing trading and questing, or venture forth into pirate-infested lands for some high-adrenaline naval combat.
Unlock new ships, find upgrades, recruit allies, fund new towns, build coastal defenses, even bribe pirates to join your cause!
Extensive talent tree with role-specific specializations.
Customize your ship to make it look how you want. Pink hull with black sails? Sure, why not!
Procedural itemization system where higher difficulty automatically means better rewards.


As with all things, please wait until this game is fully released if you don't wish to experience some of the "growing pains" of early access. If you wish to still buy it as it develops you can do so on the Windward Steam page.

Note: It has been out for a while, but we missed covering the Steam release. Article taken from GamingOnLinux.com.
Tags: Early Access, Action, Indie Game, RPG, Steam
0 Likes
We do often include affiliate links to earn us some pennies. We are currently affiliated with GOG, Humble Store and Paradox Interactive. See more here.
About the author - n30p1r4t3
I'm an 20 year old Sophomore at the University of Michigan. I hail from a small town in Michigan called Galien. My interests are Linux, gaming, girls, and computers in general.
See more from me
Some you may have missed, popular articles from the last month:
The comments on this article are closed.
3 comments

View PC info
I bought the game a few weeks ago and I must say that it's a pleasure to see how some developers are able to push out tri-OS games without a problem.

Game is a lot of fun, there are some bugs but the game is very much playable!

Worth the money if you like open world, rpg, pirates kinda games. Game reminded me a lot of Pirates!
3 Likes, Who?

View PC info
Reminds me of the Psygnosis game "Overboard!" from 1997.
0 Likes

View PC info
This game looks like Pirate Hell, which was a really fun shooter, but it became boring quickly due to a lack of depth. This game, on the surface, looks to offer a bit more than Pirate Hell offered. I'll wait a while for the bugs to get ironed out and then I'll probably buy it. TBH I've been yearning for a good pirate game since the days of Sid Meier's Pirates, so I'm looking forward to giving this one a go :)
0 Likes