Saints Row: Gat Out Of Hell Looks Like It Will Also Come To Linux 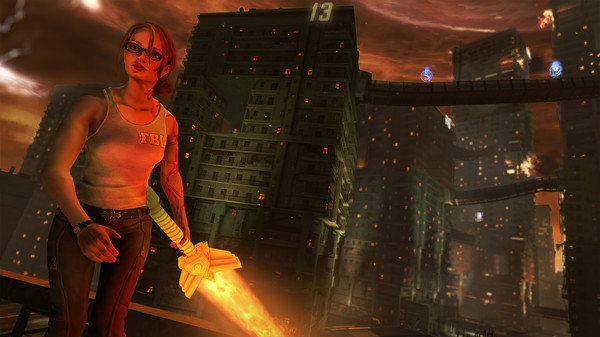 Okay, now we are being totally spoilt by Deep Silver. Another Saints Row game looks like it will come to Linux, and this time it's Saints Row: Gat out of Hell.

You can find the information as usual on SteamDB (such an awesome resource!):

The only one missing is the original, which isn't actually on PC anyway.

It's a very popular series of games, and having all but the original on Linux is going to be a really amazing thing. Deep Silver do seem to be really rather quickly building up their Linux/SteamOS list of games.

Of course, take it with a bit of salt, as the only one truly confirmed for Linux is Saints Row IV.

View PC info
Who might be porting all of these?
0 Likes

View PC info
We have lots of promised ports, but nothing in our hands: no betas, no demos, no gameplay videos, rarely images.
Linux triple-A games ports seems to me like a sleeping princess awating for a prince to wake her with a kiss: a princess that could sleep for years... :|
1 Likes, Who?

Quoting: ziabiceWe have lots of promised ports, but nothing in our hands: no betas, no demos, no gameplay videos, rarely images.
Linux triple-A games ports seems to me like a sleeping princess awating for a prince to wake her with a kiss: a princess that could sleep for years... :|

Use some imagination. That Prince is Gaben in his SteamOS shining armor upon his Steam Machine steed!
3 Likes, Who?

View PC info
Ok, let's see...
I will be excited when it's really released for Linux.
0 Likes

Smaloki 9 Oct, 2015
View PC info
That's actually not all that surprising, seeing how it was originally just an add-on for SR4 (which itself was originally an expansion for SR3, before they decided to release it as a standalone).
0 Likes

I suspect VP or Aspy as they don't seem to be on Ferals radar.
0 Likes
ChojinDSL 9 Oct, 2015
Has anything been confirmed yet? Or is this still just speculation?

Wouldn't be the first time that something appeared in SteamDB, only to be retracted later.
0 Likes

Quoting: linuxgamerNice, I want all of them!

I suspect VP or Aspy as they don't seem to be on Ferals radar.

It could be one of those, or it could be an in-house port. If they port their engine to Linux, porting each game would just be a formality (not saying it would be quick an easy, of course).

This may mean nothing, but the Deep Silver games we already have are The Metro Series, Dead Island, Wasteland 2 and This War of Mine. Aren't they all native ports?
0 Likes

TheMagazine 9 Oct, 2015
View PC info
Never expected that (almost) the entire series would be ported over! Oh- and liam, are you exiting as well? You must have been so hyped you missed a small mistake ;p
0 Likes
1/2»
While you're here, please consider supporting GamingOnLinux on: