As someone who loves the film Aliens, a dark and atmospheric roguelike with a sci-fi horror theme is exactly what I need.

After being in development for a few years, first appearing on itch way back in 2016 it impressed my instantly with the theme and it's improved massively since then of course. It's now a full and complete game, with it officially leaving Early Access today. 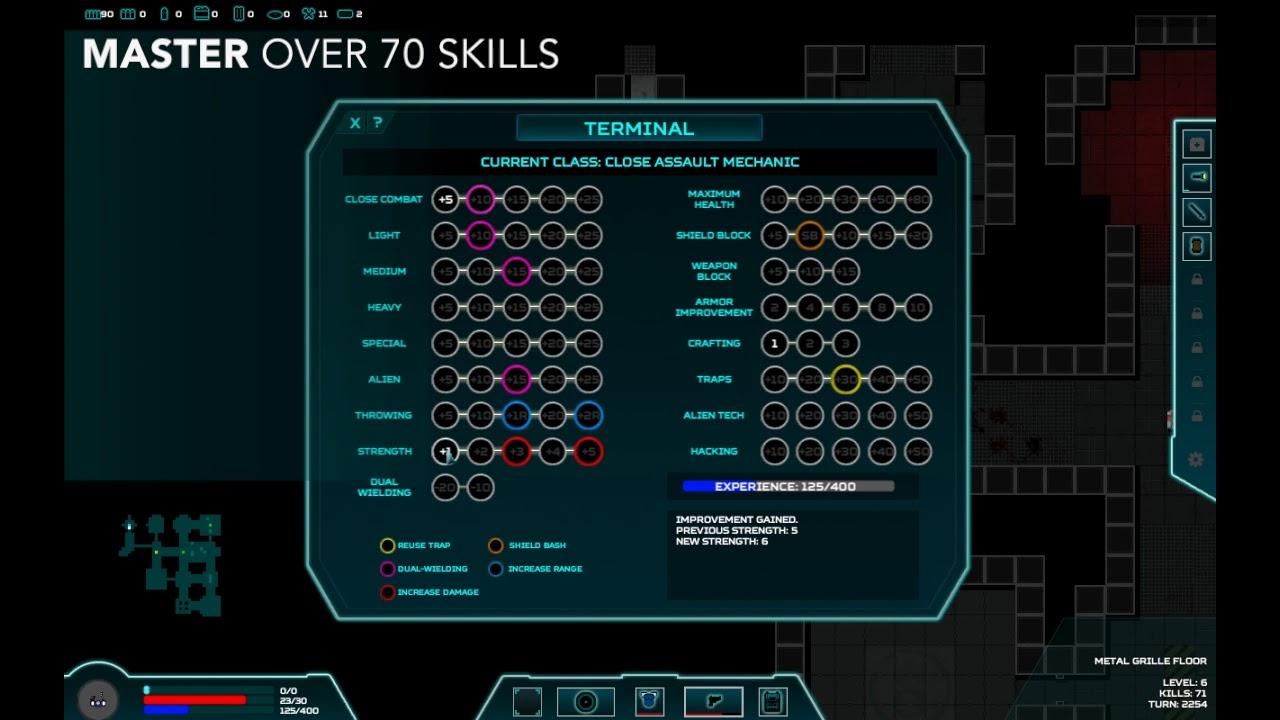 It's quite a difficult game, one you going to likely need quite a few runs through before you're able to get too far but it's fun to try. The full release comes with 27 Steam Achievements, new sound effects, UI improvements and plenty of bug fixes.

Find it on Steam. It is also on itch.io but it seems updates there are lagging behind, however itch does have a demo that Steam does not so it could be a good taster.

View PC info
I play this game since very earlier versions, and it's nice, even if it's really "too" difficult. It has a quite slow character progression, no permanent upgrades to keep between runs and other little annoying things, like the need of specific terminal to craft or spend xp.
1 Likes, Who?
While you're here, please consider supporting GamingOnLinux on: