By Samsai - 28 March 2016 at 5:55 pm UTC | Views: 14,148
I haven't really used ScummVM even though I've heard good things about it but it's possible that this might change with these news. Support for Myst and Myst: Masterpiece Edition has now been added to the daily builds and is ready for testing. 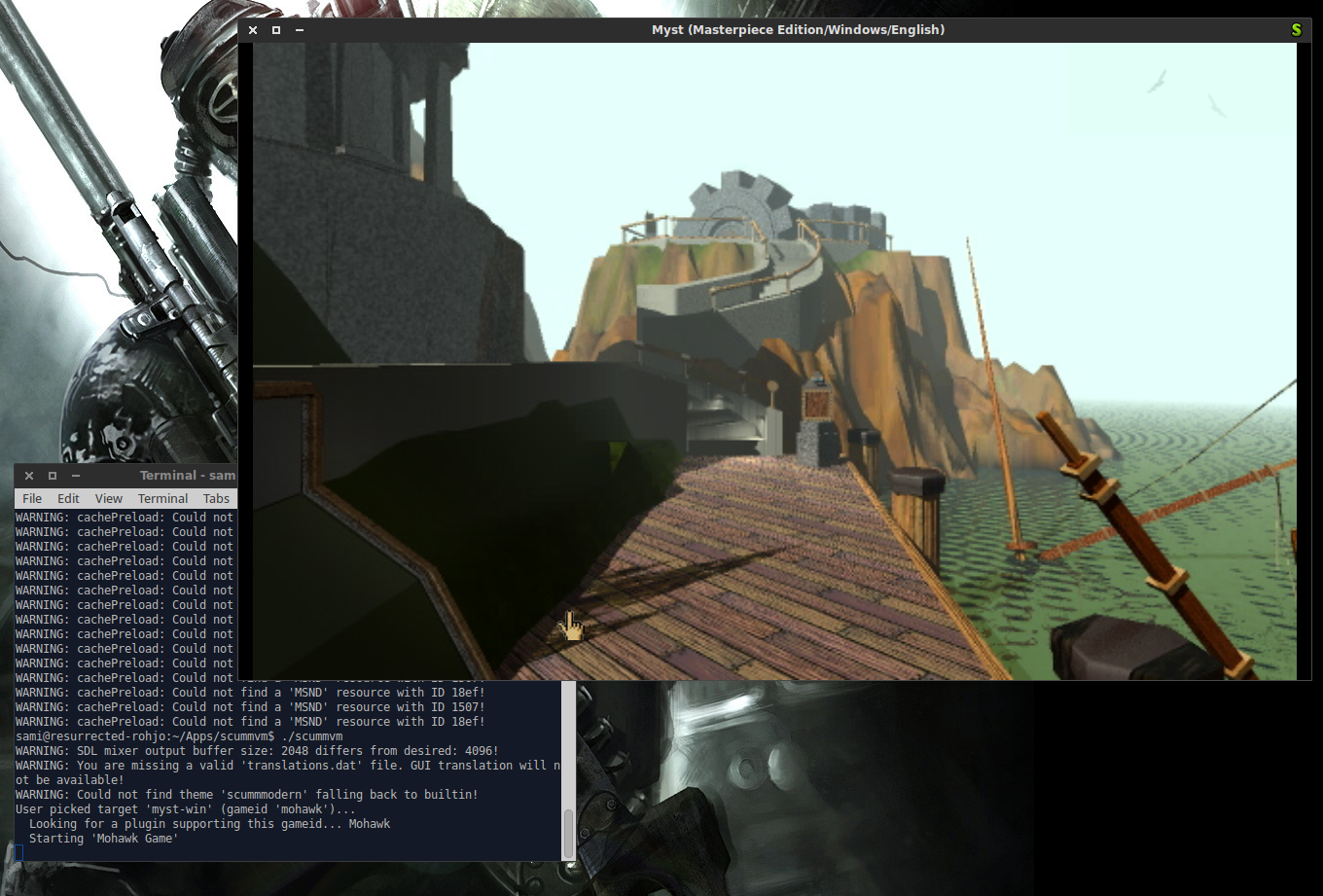 At this moment the support can be found only in the daily builds, which means compiling a version from their Git repository at GitHub. It's not a particularly difficult process and I believe if you are into Myst you can figure it out quite easily. It's also worth keeping in mind that the Myst support is still in testing and you might run into bugs. Oh, and you naturally need the data files in order to run the game. Article taken from GamingOnLinux.com.
Tags: Game Engine, Open Source, Puzzle
0 Likes
Share

The thing I want most is for them to add support for Discworld Noir, a game that I've only managed to run through a Windows 98 virtual machine pretty badly.
1 Likes, Who?
md5 28 Mar, 2016
ResidualVM is focused on games with dynamically generated 3D graphics.

Lightkey 28 Mar, 2016
View PC info
This gets a news for ScummVM but not version 1.8.0 with eight new engines earlier this month?

View PC info
I really love the myst series of games. I might grab this and play through it.
I hope Cyan's new game Obduction will have Linux support since they're making it in UE4.
0 Likes

Quoting: LightkeyThis gets a news for ScummVM but not version 1.8.0 with eight new engines earlier this month?

View PC info
I love ScummVM and it's great seeing they keep working on it :)
1 Likes, Who?
1/2»
While you're here, please consider supporting GamingOnLinux on: