Second Earth, the prototype base-building game from the developer of Broforce has a big new build up

Free to play currently while in development, Second Earth is an incredibly promising base-building and defence game from Free Lives (Broforce).

For those who've not heard of it, the basic idea is that you go through missions and build up your defences, to hold off against waves of alien bugs coming to destroy you. It's something I briefly talked about back in March and I came away supremely impressed especially since they have Linux support in very early. 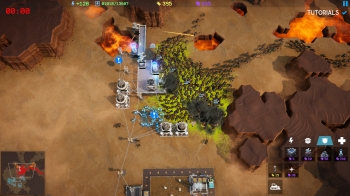 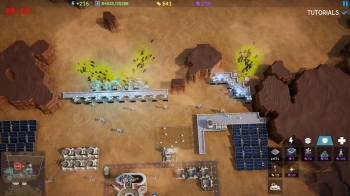 I continue to love the idea, with their Starship Troopers inspiration shining through in places and as a big fan that pleases me. I'm curious to see what else they add into the game, as far as I'm concerned it's already incredibly fun and a nice mix-up on the Tower Defence-like gameplay. Surprisingly difficult too, getting the right balance of your defences and in the right places to not get completely overwhelmed takes a lot of trial and error. The amount of times I've seen "Everyone has died" I've officially lost count on. I also love how it continues to expand across the current missions, with you needing to manage more resources, buildings and ways to generate energy. 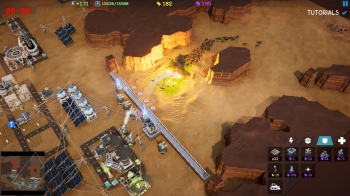 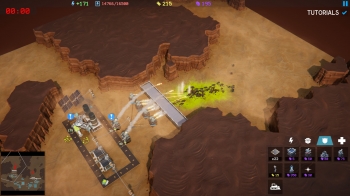 When they've managed to get all the core mechanics down, an endless mode would be pretty sweet to have in, as would some sort of custom scenario maker. They've not yet said what their final plan is for Second Earth, I imagine once it's further refined it will be put up as a traditional commercial release. For now though, you can continue to enjoy it for free.

Even though it's still early in development, I would say I've already lost a good number of hours to it. You can try it free on itch.io. As a reminder, itch have a very hand open source client to keep your games up to date.

Article taken from GamingOnLinux.com.
Tags: Alpha, Indie Game, Itch.io, Strategy, Tower Defense
15 Likes, Who?
We do often include affiliate links to earn us some pennies. We are currently affiliated with GOG, Humble Store and Paradox Interactive. See more information here.
About the author - Liam Dawe

View PC info
They Are Billions has really kicked something off, didn't it?

First Conan, and now this in a similar style.
But hey, I'm not complaining, it's totally my kind of game.
0 Likes

This looks like an unprofessional copy of Factorio. Hopefully things will improve and the game will have its own identity, as I usually enjoy this kind of play style.
0 Likes

khalismurOh man they could have been a bit more creative

This looks like an unprofessional copy of Factorio. Hopefully things will improve and the game will have its own identity, as I usually enjoy this kind of play style.

It plays nothing like Factorio. Factorio is all about automation, this is a base defence game primarily like a great many other strategy games.
1 Likes, Who?

khalismurOh man they could have been a bit more creative

This looks like an unprofessional copy of Factorio. Hopefully things will improve and the game will have its own identity, as I usually enjoy this kind of play style.

It plays nothing like Factorio. Factorio is all about automation, this is a base defence game primarily like a great many other strategy games.

Ah I see, glad to know that it plays differently then. But it looks very much like a Factorio in 3D.

On a side note, since Factorio updated to 0.17.x bitters are somewhat more challenging and I enjoy also playing with enemies expansion and evolution set to high, so maybe that's why it seemed more similar to me. But you are right, Factorio is mostly about automation. So much that many folks even turn off enemies completely!
1 Likes, Who?

View PC info
Going to give this game a shot