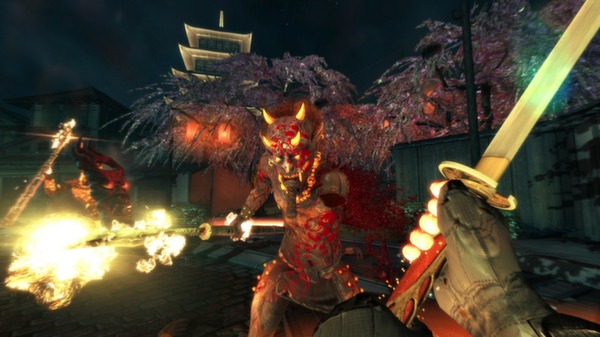 It was only in January that we saw signs of Shadow Warrior being ported to Linux, and it’s officially due next week! Get ready for some beautifully frantic and brutal action.

We already had the original, but to get the reimagining as well is amazing, and it further shows how far we have come as a gaming platform.

About the game (From Steam)
Shadow Warrior is a bold reimagining of the classic 3D Realms’ shooter from independent developer Flying Wild Hog (Hard Reset) starring the legendary and quick-witted warrior Lo Wang. Combine the brute force of overwhelming firepower with the elegant precision of a katana to annihilate the merciless armies of the shadow realm in an exhilarating and visually stunning transformation of the classic first-person shooter.

We do often include affiliate links to earn us some pennies. We are currently affiliated with GOG and Humble Store. See more here.
About the author - Liam Dawe
I am the owner of GamingOnLinux. After discovering Linux back in the days of Mandrake in 2003, I constantly came back to check on the progress of Linux until Ubuntu appeared on the scene and it helped me to really love it. You can reach me easily by emailing GamingOnLinux directly.
See more from me
Some you may have missed, popular articles from the last month:
The comments on this article are closed.
16 comments
Page: 1/2»
Interzeroid 27 Mar, 2015

"OpenGL 4.x+ cards recommended"
And this is really cool!
3 Likes, Who?

View PC info
did they port the engine? this looks gorgeous!

if they did i will pay full prize... if they didnt, ill wait until some sale to buy it
0 Likes

View PC info
I have posted on the GOG.com forums to ask about if/when this will also appear there:
Shadow Warrior (2013) Linux and Mac - Coming to GOG.com?

It would be nice if the new Rise of the Triad could also makes its way to Linux at some point, not that I am complaining mind. :)
4 Likes, Who?

View PC info
Considering the recent eON wrapper for BioShock Infinite, I'm hoping this will be a real native port and if so I may even pay full price for it.
2 Likes, Who?

View PC info
Really glad to see this one coming.

Doubt it will since id software passed to DirectX since Rage. A shame as they were big players in the OpenGL gaming field.
0 Likes

Now it would be even sweeter if they'd port "Hard Reset: Extended Edition" as well. Sure, Shadow Warrior is better but HR:EE is a great little fps in its own right. I wouldn't mind replaying that, when I felt for just a bit of frantic, mindless shooting. (as a change of pace)
3 Likes, Who?

Hm, yeah "W:TNO" was a very nice game and I'd really like the upcoming "Old Blood" expansion package... :-(
0 Likes

Quoting: Avehicle7887Doubt it will since id software passed to DirectX since Rage. A shame as they were big players in the OpenGL gaming field.

their engine is still based on openGL, id tech does NOT use directX, though they don't release their games for linux anymore since they were bought by bethesda
1 Likes, Who?
1/2»
While you're here, please consider supporting GamingOnLinux on: