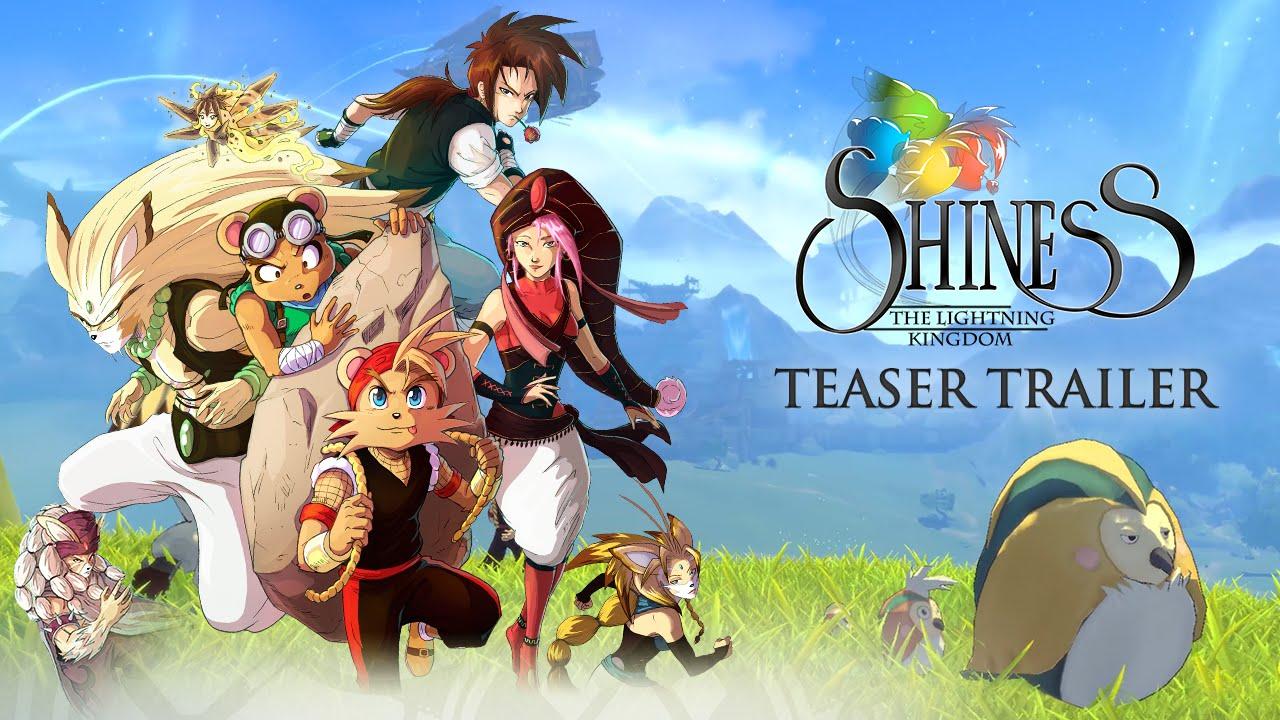 About the game (Official)
Shiness is a Role Playing Game which will make you dive into a new adventure across Sky Islands. In a world where every land strives for power, two Wakis named Chado and Poky, traveling aboard a flying boat, accidentally land on a very dangerous island. Prepare yourself for an epic journey into a huge universe that will be remembered for a long time! With its unexpected storylines and nervous gameplay, Shiness is waiting for you to play that story imagined 20 years ago by our Creative Director and finally taken to life.

Influences
In the game Shiness, it's all about what we loved in Chrono Cross,Secret of Mana,Zelda,Naruto and Final Fantaisies Games.

I can certainly see the combat being a bit like Naruto, and I love it as a big Naruto fan myself.

With how great it looks, and Linux has been a platform since the Kickstarter, I think I will have to get this one. No word I can find on a release date though. Article taken from GamingOnLinux.com.
Tags: RPG, Teaser, Upcoming
0 Likes
Share

View PC info
I didn't have money at the time of the Kickstarter but have it on my radar since. Looks pretty cool.
0 Likes

View PC info
It's the long-awaited sequel to Quest 64!
0 Likes

View PC info
I'm not really into furries, but besides that I think it looks cool. I'll wait for reviews to find out if the gameplay and story are up to snuff.
2 Likes, Who?

View PC info
Holy crap, this looks like EXACTLY the kind of thing I'd love. This is definitely one to watch for, at least for me.
1 Likes, Who?

QuoteThe game itself was likely covered by one of the past Funding Crowd articles, but here's a refresher.

Doesn't look like it was. I can't even find it in the crowdfunding wiki muntdefems maintained. They announced Linux support one week into the campaign, so that's probably why we missed it.

It does look gorgeous though.

View PC info
Stop releasing all these great-looking games. I can't buy them all. This is unfair. :'(
3 Likes, Who?

Segata Sanshiro 15 Dec, 2015
View PC info
Graphically has a similar vibe to the Tales series. Will pick this up for sure, it's not like we're getting any of the big-name JRPG devs even knowing Linux exists any time soon.
2 Likes, Who?

View PC info
a bit off topic, but does anybody know why the linux demo of this also promising looking jrpg
was removed?
https://www.kickstarter.com/projects/midgarstudio/edge-of-eternity-pc-mac-linux-ps4-xbox-one/description