Shotgun Farmers [Steam] is such a fantastic idea for an FPS and it's pretty darn fun, this latest patch sounds juicy.

If you don't remember, it's the FPS game where bullets and weapons are literally grown in the ground. Fire at an enemy and miss and the bullets that hit the ground grow that weapon. It's such a sweet idea and it works extremely well! 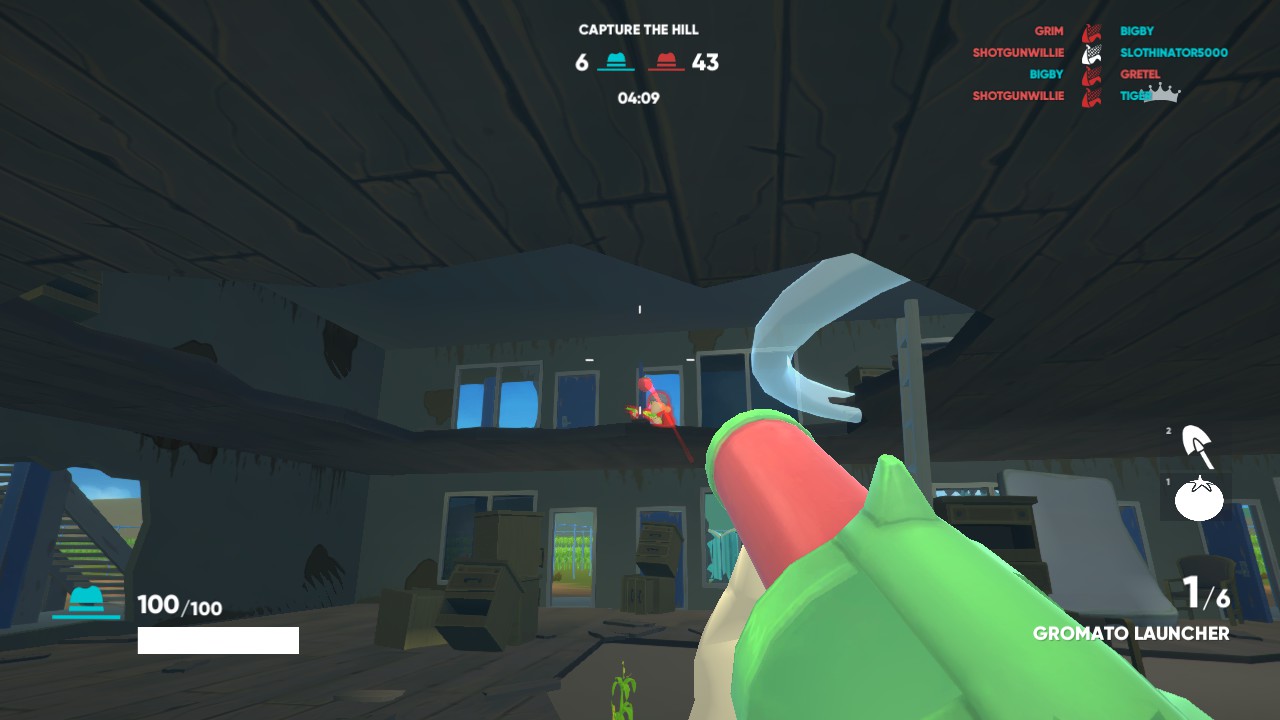 The new update adds in a new weapon, the Gromato Launcher! This will launch exploding tomatoes at your enemies — hilarious.

It also adds in a new map, which is really quite interesting. You're battling around 'Beets Motel', but you also have to watch out for traffic. A very clever map design and it continues to make me love this game.

If you're in need of an FPS that's unique, this is it. You can play online, or you can do offline vs AI. What I really like is that the developer really does respond to feedback, they even expanded the offline mode at my request to allow you to pick more options.

View PC info
The name reminds me slightly of a Tomacco.
2 Likes, Who?

View PC info
Would love to see this on GOG, HB or itch.io. Looks like fun.
0 Likes
While you're here, please consider supporting GamingOnLinux on: