Shovel Knight: King of Cards is the final campaign in the Shovel Knight: Treasure Trove saga which has now been pushed back until next year. Also announced is Shovel Knight Showdown, a local multiplayer version of the game. 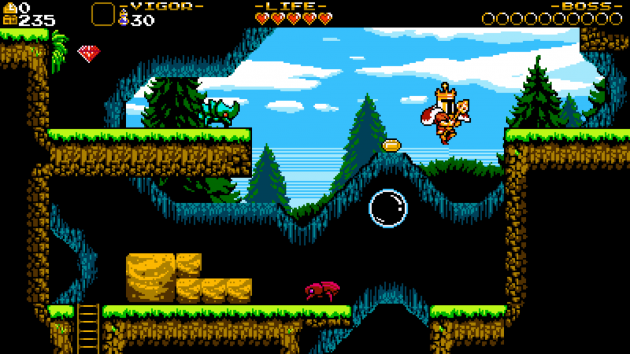 Both will be arriving as a free update to the game on April 9th, 2019.

About the King of Cards:

Shovel Knight: King of Cards is the final campaign in the Shovel Knight: Treasure Trove saga, and it’s bigger and grander than ever! Step into the regal shoes of King Knight, the Gilded Goon himself, as you shoulder bash and spin jump through all those who would oppose your reign! Travel through 4 new worlds and more than 30 all new courses, all on a journey to best the “Three Kings” who lord over the land. Discover what it takes to become a true monarch, meet a friend or two, and amass a King’s ransom in items and loot! Refined platforming, exquisite visuals, story with heart, action-packed courses, glorious new bosses and more await in Shovel Knight: King of Cards!

Duel with up to 4 players and scramble after gems as your favorite heroic or villainous knight in Shovel Knight Showdown. All the classic Shovel Knight characters you know and love are playable, many for the first time ever! Gather your pals for endless multiplayer clashes, or take control of your favorite character and dig into Story Mode. Familiar controls, items, and mechanics return, making this a platform fighting game that anyone can jump into and try. Shovel Knight Showdown features local only multiplayer.

It has a pretty good rating from users, with the overall rating being Overwhelmingly Positive on Steam. Our contributor Samsai also put a highlight reel up on our YouTube of some of his gameplay which might make for some amusing viewing.

View PC info
I have this and I think the gameplay is slightly slow and TOO HARD for me. But I will fire this up anyway, it seems fun! And the linux support is excellent of course.
0 Likes

View PC info
I wonder if our own Salt Knight will tackle it ;-)
0 Likes
While you're here, please consider supporting GamingOnLinux on: