Shutshimi, A Randomized Shoot'em Up About A Muscle-bound Fish 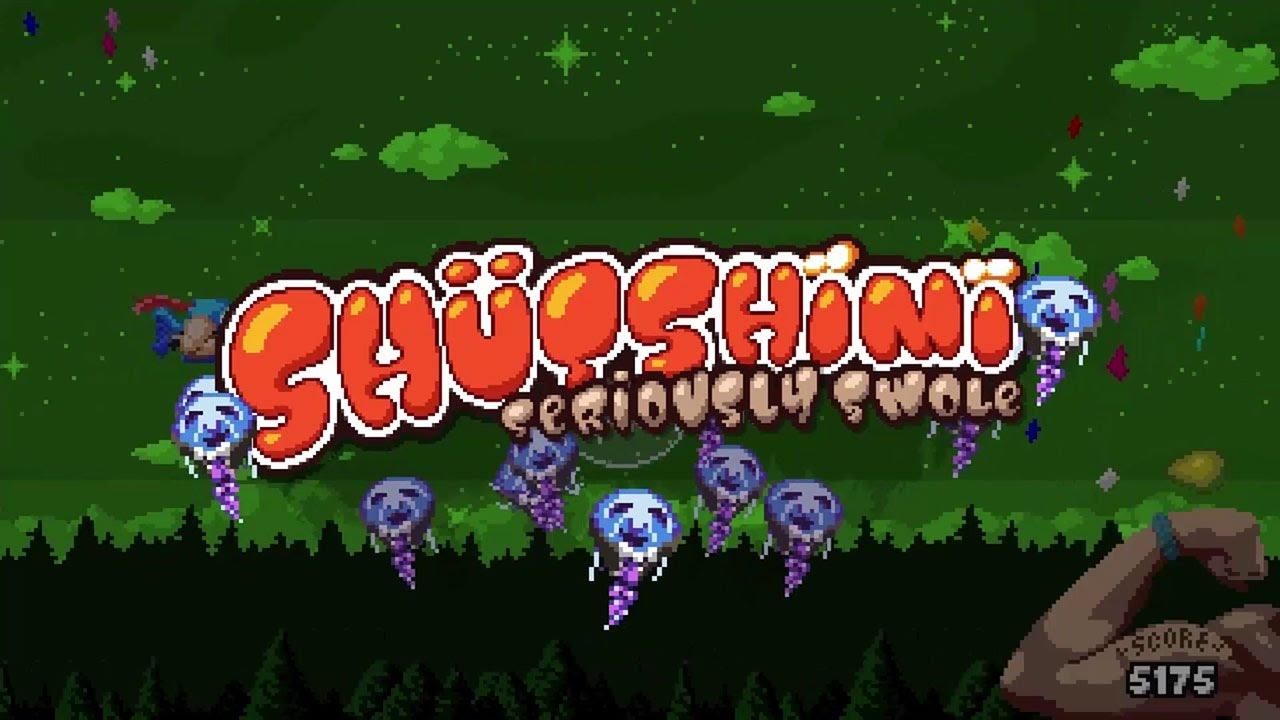 YouTube videos require cookies, you must accept their cookies to view. View cookie preferences.
Accept Cookies & Show   Direct Link
The description of Shutshimi was too hilarious to pass up, so I decided to take a look at this recent Linux game release.

About the game (Official)
Shutshimi is a randomized shoot'em up about a muscle-bound fish with memory problems defending the seven seas.

Armed with your trusty bullet-morphing shotgun, defeat or navigate through waves of enemies and collect powerups as you battle your way through each of the game's bosses. But there's a catch (there's always a catch): you've been cursed with an incredibly short attention span. Combat waves and upgrade cycles only last 10 seconds a piece, so you'd better act fast!

Some thoughts
I’m just not sure what to say about this game, in all honesty it’s probably the weirdest game I’ve ever played.

It’s a pretty standard shoot’em up, but you play as a fish in very short rounds with a different modifier every round that you only get a few seconds to pick. It’s really quite odd, but for some reason I still quite like it. The different modifiers can be quite hilarious, as at one point I was in a tiny fish bowl, another I was gifted extremely slow bullets and it made it a bit tricky.

It’s an amusing game, but like the fish, my attention span for it isn't very long. It would have been better if the rounds lasted a bit longer, as you really don’t get much of a feel for the game even after playing it for a while.

At another point in the game all my enemies had been replaced by floating buttocks, I've no idea what’s going on, and it’s still hilarious.

Final thoughts: Overall it would be a very amusing short party game for Steam Machines since you can have four players, but other than that it’s just not keeping my attention. I didn’t play it for very long, but you really don’t need to. Each round lasts but a few seconds, so I got all I needed to know about the game after more than a few rounds. It's a case where the trailer is pretty much all the game is.

View PC info
Did not know it had local multiplayer. That could make it worthwhile to have. A bit expensive for 10 minutes of giggles though.
0 Likes

Wow, this game is 10 times more expensive since it's available on Steam.
0 Likes
NeonDeityGames 13 Oct, 2015
Hey guys, this is Anthony from Neon Deity Games, the developer of Shutshimi. Thanks for writing about us.

In regards to the game being more expensive now that it's on Steam, the entire game received a complete rebuild in Unity (from XNA) and the amount of content we put in or upgraded is probably three times the size of the original release we did on XBLIG/PC. We're talking more enemies, double the bosses, tons more powerups and power downs, new backgrounds, redrawn sprites, new songs in the OST + two different versions of each song, 2-4 player co-op, leaderboards... the list goes on. Let's be clear: It's not just the same game bumped up to $10. There's a lot more content to go around. Also, I would say charging a dollar for our original version was a mistake, but that's a different conversation altogether. All of that said, I'm sure there will be opportunities to get this game at other prices at some point in the future. Pricing is a tricky thing, and value is hard to judge.

As for the review itself, I'm glad you had fun with it. The only quibble I had was the implication of the trailer representing the whole of what the game offers. That's factually incorrect and I can't see how you'd think that unless you didn't play the game for more than about 5 minutes. I'd urge you to spend a little more time and go deeper if that's the case.
0 Likes

Quoting: NeonDeityGamesAs for the review itself, I'm glad you had fun with it. The only quibble I had was the implication of the trailer representing the whole of what the game offers. That's factually incorrect and I can't see how you'd think that unless you didn't play the game for more than about 5 minutes. I'd urge you to spend a little more time and go deeper if that's the case.

I did spend quite a while playing the game, and I still stand by my words. I'm not saying it's a terrible thing, since I do think it's amusing, but there's not much to the game the trailer doesn't show you as the game overall is quite simple with such short matches. There aren't many mechanics to the game other than quick matches and the powerup system.
0 Likes
NeonDeityGames 13 Oct, 2015
Well, agree to disagree, and I won't comment on it any further, but just for my own personal curiosity, which boss did you end up getting to? I really do appreciate you taking the time to play it. :)
0 Likes
While you're here, please consider supporting GamingOnLinux on: