Sigils of Elohim, A Free Puzzle Game From The Developers Of Serious Sam

By flesk - 15 October 2014 at 1:24 am UTC | Views: 10,596
The first of three sets of puzzles for Sigils of Elohim was released for Linux on Steam as part of the promotional campaign leading up to their next bigger title, The Talos Principle. Playing it unlocks reward codes that can be used to unlock content in the upcoming game. 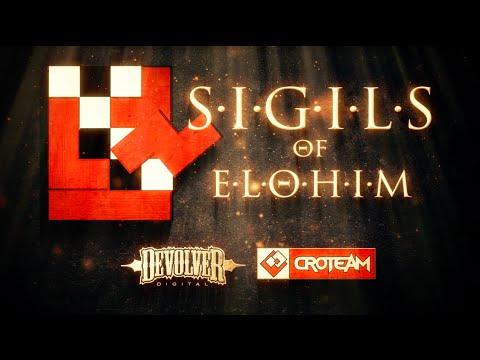 YouTube videos require cookies, you must accept their cookies to view. View cookie preferences.
Accept Cookies & Show   Direct Link
The developer Croteam is known for their shooter series Serious Sam, so this is something of a surprising release from them. The Talos Principle is however described as a philosophical first-person puzzle game, so this is perhaps an attempt to wean their fans off gun shooting and onto puzzle solving.

Unlike their latest games Sigils of Elohim does not use their in-house Serious Engine 3, but rather utilizes Unity3D and is also available for Android and iPhone.

Official About
Sigils of Elohim is a free mini-game prelude to Croteam’s upcoming first-person puzzler The Talos Principle that challenges players to solve dozens of formidable sigil puzzles under the watchful eye of Elohim. Subjects are tasked with deciphering a series of puzzle sets by rotating and placing the sigil shapes within the board in an effort to unlock helpful items and relics within The Talos Principle.

View PC info
so basically another developer that went casual to earn their bucks in the mobile/tablet market. its a shame how games dumb down more and more to make them cross platform compatible (not that serious sam was a complicated concept to begin with, but this is just another level)
0 Likes

titi 15 Oct, 2014
View PC info
I think the game to really report about is "The Talos Principle" not this teaser mini game that is just made to advertise the other game.
1 Likes, Who?

Quoting: laveso basically another developer that went casual to earn their bucks in the mobile/tablet market. its a shame how games dumb down more and more to make them cross platform compatible (not that serious sam was a complicated concept to begin with, but this is just another level)

Do you mean this game or The Talos Principle? Sure this one is as casual as they come but you should think of it more in terms of an interactive ad. Seems like a good idea to me to promote it beyond their existing customer base. TTP looks accessible for sure, but I wouldn't call it casual. More in the vein of games like Portal, The Stanley Parable, Antichamber and TRI.

Quoting: titiI think the game to really report about is "The Talos Principle" not this teaser mini game that is just made to advertise the other game.

The Talos Principle doesn't even have a release date yet. I'll cover it when the time comes.
1 Likes, Who?

Now that I have more than 200 Linux games, most barely touched and only a few of them fun, I’m not really interested in free games anymore :). I’d rather get really good slightly expensive games.

But I’m not complaining. I’ll try this one out of curiosity.
0 Likes
While you're here, please consider supporting GamingOnLinux on: