Silly racing game Foreveracers is now out on Steam, it's pretty good

For those who like your racing games to be a bit on the silly side, Foreveracers [Steam] is now out on Steam and it's pretty good.

It's a multiplayer arcade-style racing game with some silly physics behaviour that makes racing around really quite amusing. Some of the vehicles available are so ridiculously hard to control, it becomes quite a challenge.

It takes place in a sandbox environment, so you can drive around and see everyone else and challenge other people to races and amusing game modes. One such game mode, the Rust-Bucket Survival challenge is essentially car-zombies. One person starts as the Rust Bucket and has to smash into other cars to turn them before daybreak (there's a day and night cycle) and anyone left as a normal car wins.

There's normal racing too, so you can perform your own time-trials on each track and find some hidden race tracks as well. It's quite a simplistic game overall, but still an interesting idea. Especially fun is the racetrack that takes place up in the air, as you all struggle to stay on it with the ridiculous handling you're also watching out for everyone trying to bump you off.

I played it last night on the livestream (Twitch Channel), with the developer also racing around it was quite an experience. Here's a cut of the livestream featuring Foreveracers: 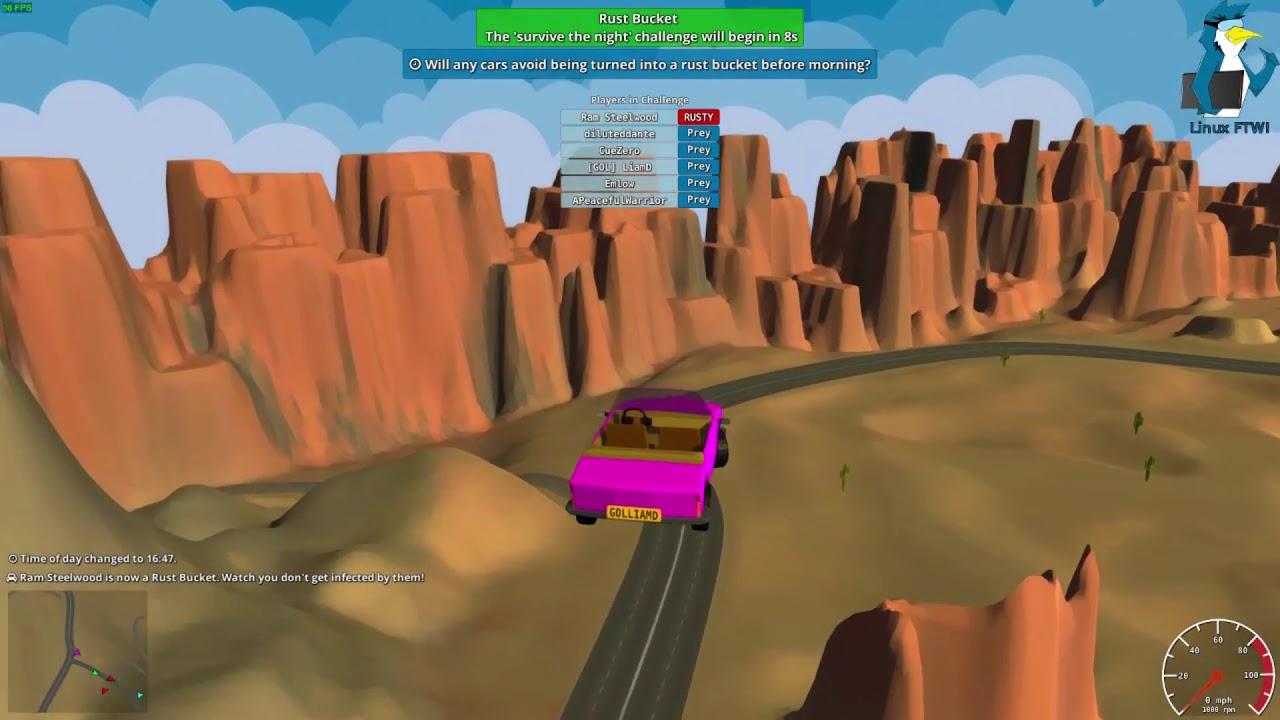 It does have a problem with input being doubled up right now, sadly another Unity game engine bug which has affected a number of titles. It works perfectly with a gamepad and the developer is looking into it to fix it.

I've had access for a while and I've really enjoyed my time with it. You can find Foreveracers on Steam.

View PC info
I just saw this last night and wishlisted it so I wouldn't forget about it. It reminds me of another silly-racer drive-amok game, Crash Drive 2.

Reading about the "Rust Bucket" mode just now has got me muy excited---so excited that I just went ahead and bought it. It's so novel. I'd love to see other games add a "conversion" PvP mode like this. I hope they'll offer "4 pack" sales too, so we could buy a set for friends. :)
0 Likes

View PC info
This game looks like a tech demo for Big Rigs, sorry.
0 Likes
While you're here, please consider supporting GamingOnLinux on: