Silver, an RPG from the Dreamcast days arrives on Steam with Linux support 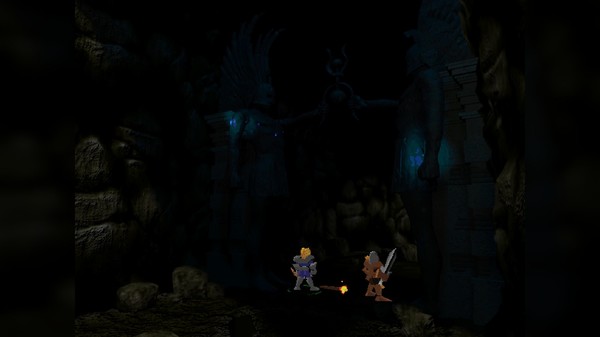 THQ Nordic has a little present for us today, as Silver, an RPG from the Dreamcast days has released on Steam with Linux support.

The game originally released in 1999 and here we are nearly two decades later with a Linux version, good things come to those who wait I guess? It's not the first older title they've given to Linux, as they also put out an updated version of Imperium Galactica II which had Linux support added recently as well.


Find Silver on Steam. It's 20% off right now too and the price seems pretty reasonable anyway.

GOG has had it for a while, but they don't have the Linux version. Article taken from GamingOnLinux.com.
Tags: Action, RPG, Steam
7 Likes
Share

View PC info
This game was great! Instabuy! Looking forward to it!

View PC info
Holy moly! I remember this game! But from my Windows days.

I could never progress past the second disc as there were read errors :( lol. I should snap this up.
0 Likes

View PC info
I have found that this game does not run out of the box on Kubuntu 17.04 and I would assume the same applies for Ubuntu.

Zesty does provide libSDL2.0 which can be installed with:

View PC info
Wow. I forgot about this game. I was playing and ending this game back when I was still on Windows 98 SE and I was duo-booting with Linspire, I believe. This was the last SINGLE PLAYER Windows game I felt I had to end before considering going full in on Linux.
0 Likes
Drakker 2 Jun, 2017

View PC info
I had completely forgotten about this game... but if I remember well, it was actually pretty good. Might buy it if its on sale real cheap one day.
0 Likes

lvlark 3 Jun, 2017
View PC info
Dreamcast is the one I dreamed of back in that day. Or actually way beyond that day, as it seemed to have a very decent assortment of games.
Too bad I was young and had no money.. But now I do, so I might as well buy this one.
1 Likes, Who?

View PC info
Arch Linux has libGLEW2.0 as opposed to libGLEW1.13, so I too encountered that problem (of libGLEW1.13 being missing).

I'm sure someone will say this isn't quite the proper way to do things, but I got the game running by symlinking libGLEW.2.0 to libGLEW1.13

I absolutely loved Silver as a kid. Got it immediately on gog once I saw it was available :)
0 Likes
posmunk 3 Jun, 2017

Woah! I loved Silver. Can't imagine that the gameplay have aged very well though...
0 Likes
1/4»
While you're here, please consider supporting GamingOnLinux on: