Ravenfield continues to improve and it's a really promising single-player FPS experience especially with how many fun mods you can add in.

The latest update, released earlier this month, updates both the Tank and Quad vehicles to a much more interesting design. They also have improved handling, new sounds, new effects and more.

If you found it a little easy before, you might be in for a bit of a shock as the AI is also now much more deadly. When trying to aim for long-range shots, they will now actually do the smart thing and stop. The AI is also now deadlier than before at both short and medium range, so watch out. 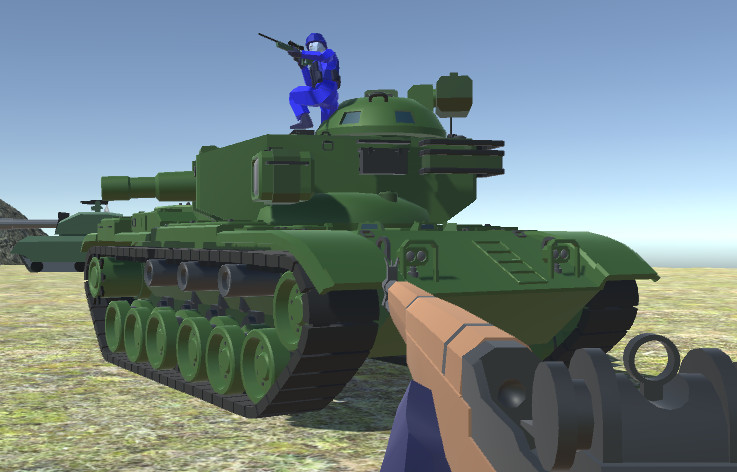 Additionally, sometimes the AI would aim at an enemy for a while and not actually shoot, they now will so combat should be quite a bit more interesting. The AI is also smarter about protecting their vehicles, so if you have anti-tank weapons and you fire at their tank for example you will become a higher priority target for them.

For a first-person shooter that's only single-player and currently only offers various skirmish modes (no story campaign), it's surprisingly fun. I would say it's good for a slightly younger audience too (not too you of course, it's still a shooter), it's like a low-end Battlefield. It has a huge amount of Steam Workshop mods to add in too with over 700 maps and over 1,000 weapons I'm always amazed each time I go back and look for something new to add in. Ravenfield is basically a massive FPS playground and that's awesome.

QuoteIf you found it a little easy before

Not at all! In fact, I found the AI *too good* before, with NPC's taking me out from a distance halfway across the map with handguns and such. While I welcome that they're smarter, hopefully the NPC's aren't still OP'ed either...

BTW: Now thanks to Proton, I just started to spend some time with some of the Battlefield games for the first time, and I must admit that they're terrific. However, sometimes you just don't want to deal with MP dynamics and getting mowed down every 8 seconds by ace players with 800+ hrs in a game, and Ravenfield is perfect for when you want that Battlefield feel but by yourself in SP... BTW, another game that's great for that feel in a Sci Fi universe is Angels Fall First via Proton. While there's MP as well, the bots are amongst the best I've seen and play the game better and more strategically than many human players, making SP play just as satisfying...

QuoteIf you found it a little easy before

The bots were already very deadly, especially at long distance. It made my first approach of Ravenfield quite frustrating until i discover the ultimate feature: slow motion :) Then the game became a lot funnier, i stared to love it.
0 Likes

View PC info
what exactly makes this funny? the physics or something?
0 Likes

View PC info
BTW, I second the mods making this interesting. Some of the mod maps are very good...
0 Likes
While you're here, please consider supporting GamingOnLinux on: