It’s an exciting time to be a fan of six-degree-of-freedom shooters, Overload has a final Early Access build up before the big full release.

Why is it exciting? Well—the full release will have the full singleplayer and online multiplayer implemented, so it’s going to be pretty awesome to finally blow some people up online.

As a reminder, their current plan is to release in full sometime in May/June, with a closed beta that includes the multiplayer part sometime before this, which they’ve confirmed will be on all platforms.

This latest build adds in Level 7 (Titan Workshop), which is the final singleplayer level they’re showing off before the main release. As usual, here’s a video of me taking a look at the new level: 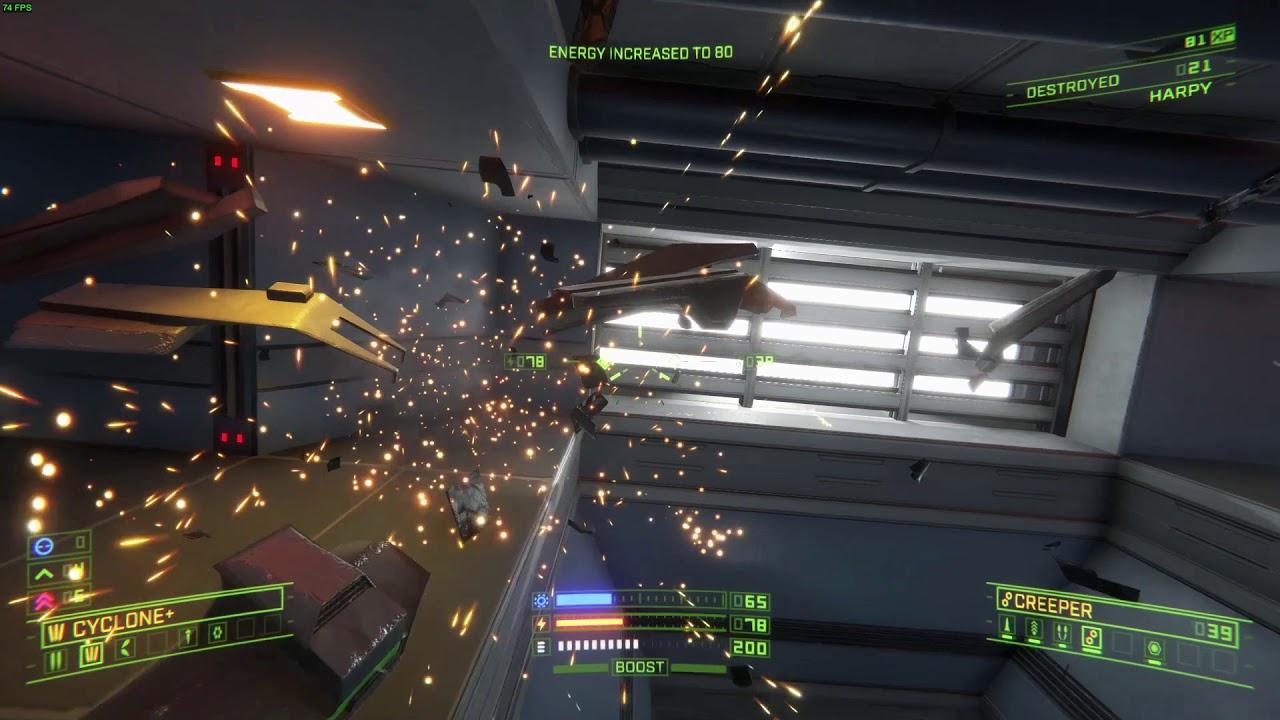 This level, like all others, is really damn nice. Their level design is excellent and the different enemy types are really fun to face off with. The enemy with blades that makes a dash at you in particular is fun, especially in tight corridors.

For those who distro-hop or dual-boot, you will be happy to know they’ve also now enabled Steam Cloud Sync for pilots, saved games and local high scores. A feature I consider pretty essentially for most games now, nothing worse than losing data as it’s only saved locally.

The Challenge Mode leaderboards also now show a little more data, like score, favorite weapon and game time. They’re also now sorted by your actual score, not your kill count to make a bit more sense. You also now get a “combo score bonus” for rapid kills in the Challenge Mode.

For those who like to really test yourself, they’ve added in a “Insane+” difficulty level. I warn you though, prepare to die a lot.

Only downside is I've already spent too much on games this month :(
0 Likes

View PC info
It looks like it might get released in time for my birthday. Perfect!
0 Likes
Warpig 6 Mar, 2018
Great!! I'll be picking this one up soon! I used to play Forsaken back in the day! Should be fun.
1 Likes, Who?

View PC info
Looks so very much like Decent, not sure how it compares to decent underground but sounds and effects look more homage to Decent then DU. Probably better too,.
0 Likes

QuoteWhy is it exciting? Well—the full release will have the full singleplayer and online multiplayer implemented, so it’s going to be pretty awesome to finally blow some people up online.

Would like to point out that they've said that multiplayer will be released as an add-on sometime after the singleplayer release.
0 Likes

Quoting: TheRiddickLooks so very much like Decent, not sure how it compares to decent underground but sounds and effects look more homage to Decent then DU. Probably better too,.

Overload is made by Kulas and Toschlogg, the original Descent developers. This game beats D:U in every aspect.
0 Likes

View PC info
I love this game. I don't know if it's a AAA title in notoriety or prominence, but I consider it so in graphics, polish, and game feel. If there's a better, more natural, more "it's an extension of my body" feeling engine out there, I haven't played it...
0 Likes
While you're here, please consider supporting GamingOnLinux on: