Overload [Steam, Official Site] is a really quite fantastic six-degree-of-freedom shooter and they've said for a while they will add in multiplayer, turns out it's not that far off now. I've covered their previous updates many times, because I'm excited to see it finished. It already feels great right now, but what's even better is that they've announced their release plans.

Firstly, sometime next month they will release another Early Access build. Later, a closed beta version of the multiplayer version will be released, but they're not giving out more details on that until it's nearer the time. As for the final release of Overload, they say this will happen around May/June. The release is slightly delayed, since they have decided to launch the multiplayer feature at release instead of after.

I'm glad they decided that, because it's a good way to ensure they actually keep the attention of the player. It's always hard to pull players back after you've released. Having as much as possible for the big release is a good thing.

They've even released a trailer to show off the multiplayer, although they do note this is "alpha" quality: 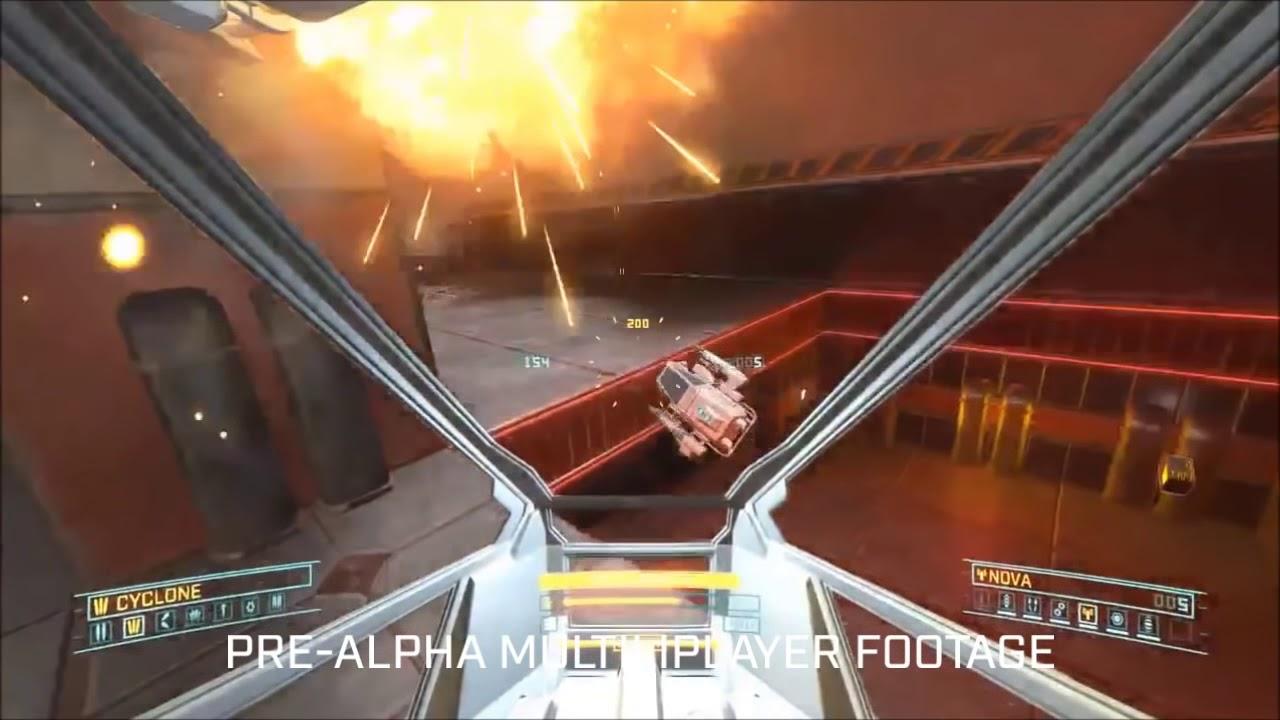 It looks absolutely mental, I really can't wait to dive into the multiplayer! I know it's early, but something about the ships floating about looks a bit funny. If they had some sort of thruster firing from the ship each time from different positions, it would certainly look less weird I think.

They did also release another Early Access build earlier this month, I didn't do my usual video and update on it as it wasn't a very big one in terms of content. However, it did add a few fun little features. You now have more audio options including: mono, stereo, quad, 5.1, 7.1, Pro Logic II. On top of that, you also now have "sticky flares" to shoot which stick around for 15 minutes, which can be useful to make where you've already been.

View PC info
Looks like another Forsaken/descent clone tbh which was a lot of fun but there are a lot of people that can't cope with the whole 6dof thing.

Forsaken is actually oss now for those interested link
1 Likes, Who?

View PC info
Yep, this one is the "true" successor to Descent, and the best one i've played so far (i tried a bunch of them a while ago).

And, without the "Descent" tag, it's still the best of its genre, in my opinion, even if it's an alpha.
3 Likes, Who?

Quoting: TcheyYep, this one is the "true" successor to Descent, and the best one i've played so far...

Completely agree. Definitely the best of the genre and a terrific action game by any measure, even in its current state. Even its instant action mode is a blast.
0 Likes

Quoting: GuestFor the nostalgic crowd around, definitely check out how Descent used to sound like when you were using some expensive external synthesizers (which are now cheap as 2nd hand and work with DosBox on Linux, BTW !) :
http://sc55.duke4.net/games.php#descent

Yes, you've brought me a little nostalgia. I used to play games with my Yamaha TG-100 general midi module connected to my PC, and then really nice midi music coming through that.

Quoting: pete910Looks like another Forsaken/descent clone tbh which was a lot of fun but there are a lot of people that can't cope with the whole 6dof thing.

Forsaken is actually oss now for those interested link

It is the best reincarnation of the tried and true formula by the original developers. Can't wait to get my hands on a modded "real" Pyro, but otherwise it is spot on and I'm prepared to descend ;)

The source code for Descent is available as well and source ports like Rebirth are faithful implementations for modern operating systems with some advanced features.

Back in the days internet access was unaffordable and you are right, a lot of people cannot cope with the controls. So there weren't many opponents to be found at LAN parties. This time I will dive into the multi player. Let's see how well I'm going to score as a mouse looker against (sometimes even multiple) joystick users.

I'm also looking forward to the release of the level editor. I have fond memories of spending a lot of time with Devil, the editor by Achim Stremplat.
0 Likes

View PC info
If they were to release a level editor for this game, it would be unstoppable. I'm already in love with it. It's the first I've played that gave me the same "ship crawling through a dungeon" feeling that Descent always gave me.Having said that, I'm afraid to try multiplayer right now. :D
0 Likes
While you're here, please consider supporting GamingOnLinux on: