Slay the Spire adds a new daily challenge mode, like I need any more reasons to play it

Like I needed any more reasons to play more Slay the Spire [Steam], but they've added a daily challenge mode along with more music.

Probably one of my favourite games right now, Slay the Spire combines a deck-building card game, with roguelike mechanics and turn-based battles resulting in a game that's incredibly engrossing.

What I love about Slay the Spire in the normal mode, is how open the game is and how it communicates with you. During battles, you know what type of attack an enemy is going to do and how much damage they will inflict. It gives you choices and chances to counter them, while not making it easy. You know if you will get hurt or get some sort of negative modifier, say like reduced attack power and so on. It's strange really, for a game to literally tell you what your enemies are going to do next, but it works so damn well. 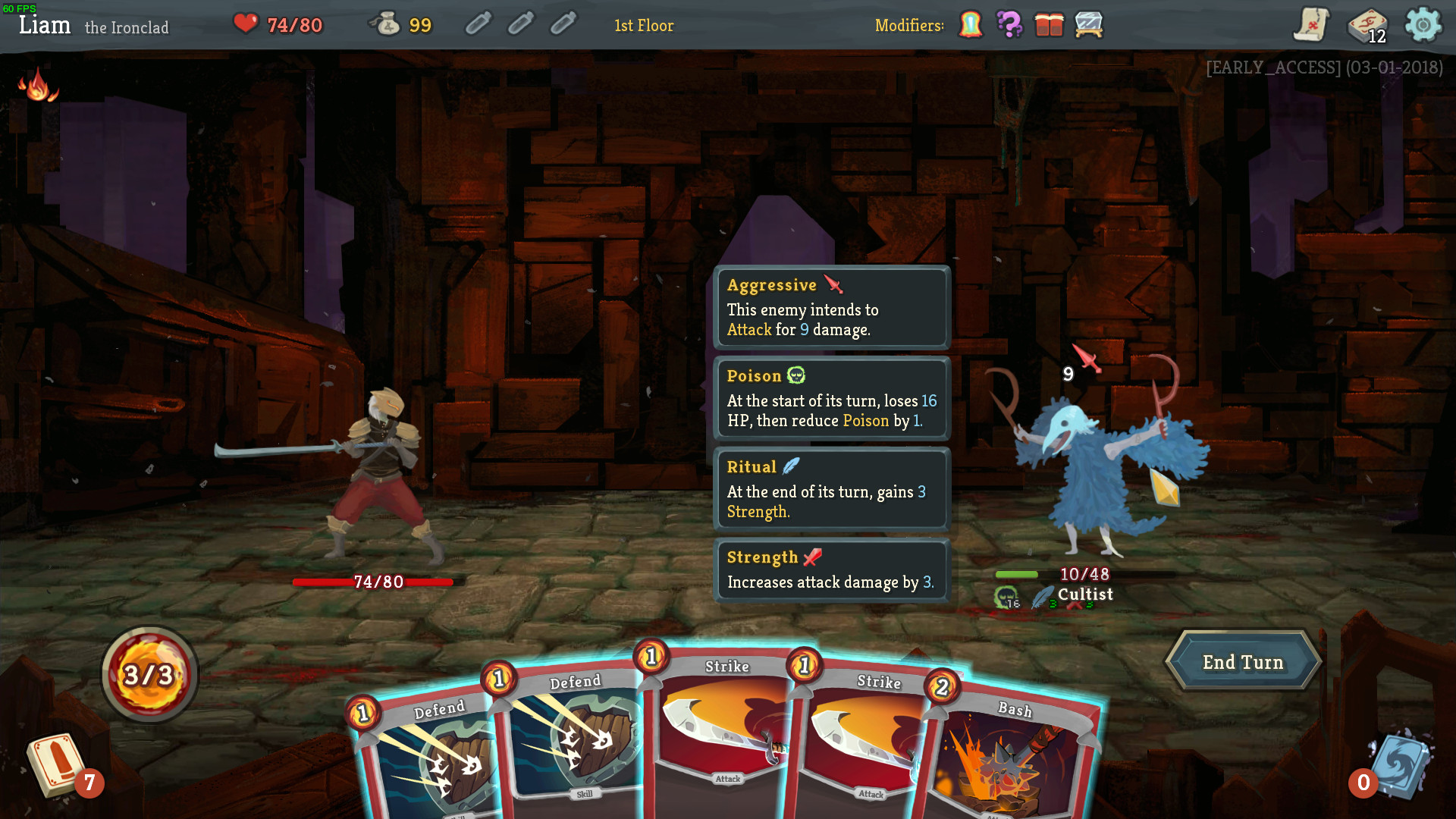 Not only that, but the actual map you're travelling across also tells you what you're going to find, like an enemy, a bigger enemy, a resting area and so on. This allows you to plan ahead a little, which is pretty fun, considering most other games tend to hide what's coming next.

It's also the card system that's fantastic, you can make some seriously good combination attacks with the right cards. The key is knowing what cards to keep and what to get rid of during a run, since some cards can be incredibly powerful when used after another card. There's so many possibilities, which is amplified by the interesting relic system. As you progress in a run, you collect relics that have special modifiers. One of my favourites, gave me three "block" (defence) every single time I was hit, so if an enemy hit me four times I would gain quite a bit of block for the next time they attack me.

I could go on and on about the game, but I will spare you and talk a little about the "Daily Climb" mode they've added, which is actually pretty difficult. Each player has the exact same seed (level generation) to play through, to make it fair. They are still working on it, including tweaking modifiers, reducing randomizing and they will be adding leadboards too. They spice it up a little here, here's an example of today's challenge: 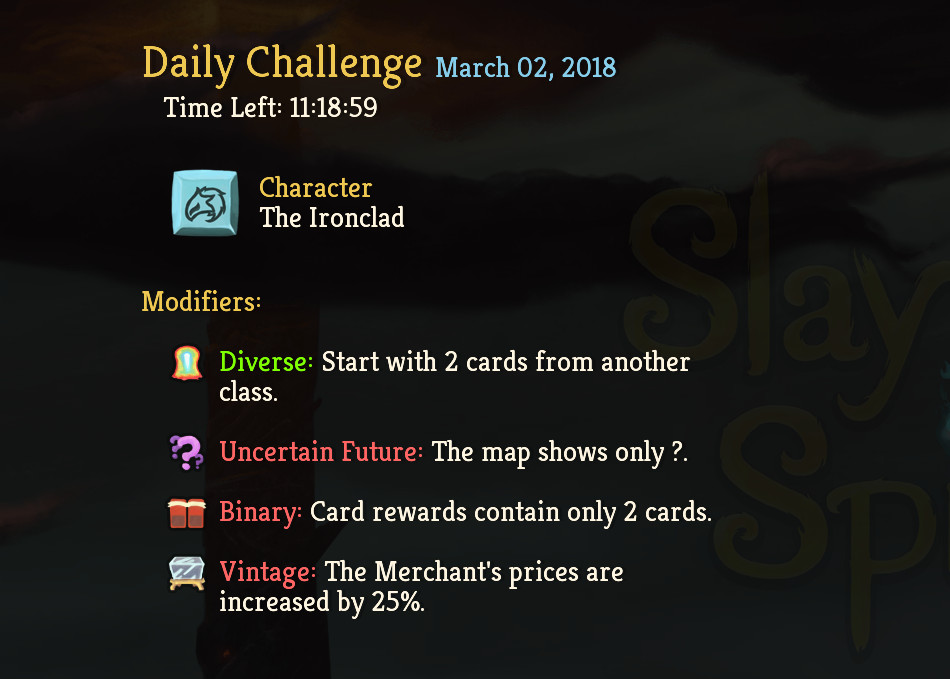 The "Uncertain Future" element certainly is interesting, as above I mentioned how you know what's usually coming next, in this challenge you don't and all points of the map are just question marks. While previously knowing what's coming next is a reason I like the main gameplay, having a challenge where you don't know in Slay the Spire is still equally as fun since the rest of the game is great too. 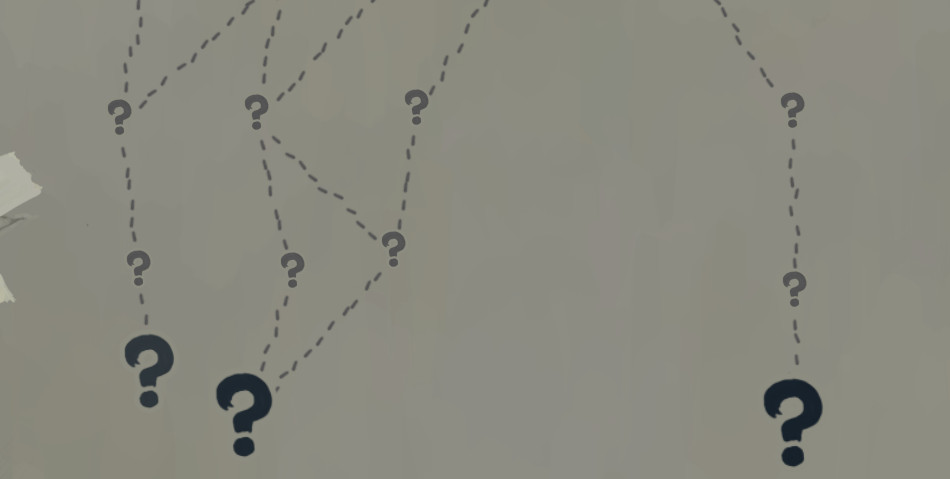 On top of that, each act now has its own music resulting in a more varied experience for the ears. They've also added Brazilian Portuguese, Norwegian, Polish, and Thai translations, fixed a bunch of bugs, added more animations and so on.

Find Slay the Spire on Steam—just do it.

View PC info
Getting sooo tempted to buy this game. I'd normally buy on sale, but then... how long is that gonna be :/

I've got a bit of Humble wallet credit jangling away, ready to be used up. My resistance is fading...
0 Likes
While you're here, please consider supporting GamingOnLinux on: