Slime Rancher is another Unity game to have black screen problems on Linux, here's a temp fix

A while ago the Unity game engine sadly introduced a bug which has caused many games to either display a black screen or give no input, Slime Rancher [GOG, Steam] is another I've discovered with it. Here's a temporary fix. 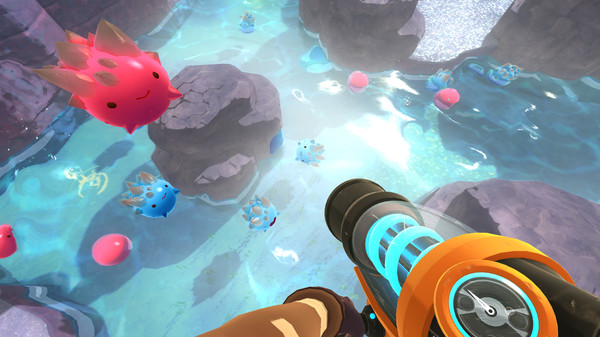 If you have issues, you can use this as a launch option on Steam. You need to right click the game, go to Properties at the bottom, then press the "Set Launch Options…" button and enter this:

If you have the game from GOG, you can use the same setting when launching it via terminal.

Alternatively, you can adjust the game settings file found in "/home/yourusername/.config/unity3d/Monomi Park/Slime Rancher/prefs" and set the fullscreen mode "Screenmanager Is Fullscreen mode" to zero.

The issue is supposed to be fixed in later versions of the Unity engine, hopefully the Slime Rancher developer will be able to upgrade sometime so Linux gamers don't have to resort to little fixes to get it running.

View PC info
How can such regressions be even released? Unity has no QA?
3 Likes, Who?

Quoting: ShmerlUnity has no QA?

Probably not so much for Linux. And this problem does not occur for everybody. I've never seen it myself.
0 Likes

View PC info
I've seen it several times already. And it's something that should be caught by proper unit testing.

View PC info
I thought this was well known. Also, if the workaround makes the game open in a fullscreen-sized window offset from the centre, and your WM allows it, you can manually move it into position and undecorate it (maximizing can sometimes bring on the fullscreen bug). It'll play as if it were fullscreen. It's a bit of a faff, but you only have to do it once every time you play.

View PC info
yup, this is something I've seen on several unity games.
Nice to see that you are posting solution... people are suffering on this. and it can be hard find answers.
I myself, besides on slime rancher, have this also for example in CHKN. just blackscreen if I run it if I have different monitor settings than before.
I run a 3 screen setup, but not always, also, on varying resolutions. so it seems to confuse lot of these games on launch.

edit: as dunc said, it's well know problem. but I hope this help to people getting things running.

View PC info
If you have that bug, it's nice to use the workaround, but you also need to file a bug, or find a related bug and say you also have this problem.

View PC info
I've Seen that, too. Thanks for your help here!
0 Likes

Quoting: GuestIt's worth mentioning that you don't have to play in windowed mode all the time - you can just launch the game in windowed mode via command line parameter to avoid the black screen and then change it to fullscreen in the game's settings. Also Solus' LSI project has a built-in workaround for this bug.

The game itself actually pops back to fullscreen mode anyway with the launch option, it's weird but it does it :)
0 Likes

View PC info
Do we have a way of knowing which version of Unity Slime Rancher is using?
The bug is apparently fixed and released already, I'm trying to know in which release exactly.

View PC info
Take a look at the resource files. Unity version is usually found there in the header.
0 Likes
1/3»
While you're here, please consider supporting GamingOnLinux on: