Snip wires, flick buttons and save the world in Bomb Squad Academy

Bomb Squad Academy, a game I totally missed from 2017 (yes really, woops!) is an interesting puzzle game about disarming bombs.

It seems to have had Linux support since release and thanks to it getting an update at the end of last year, I was made aware of it. Since the update, it's gained many more puzzles to solve as well as performance improvements. 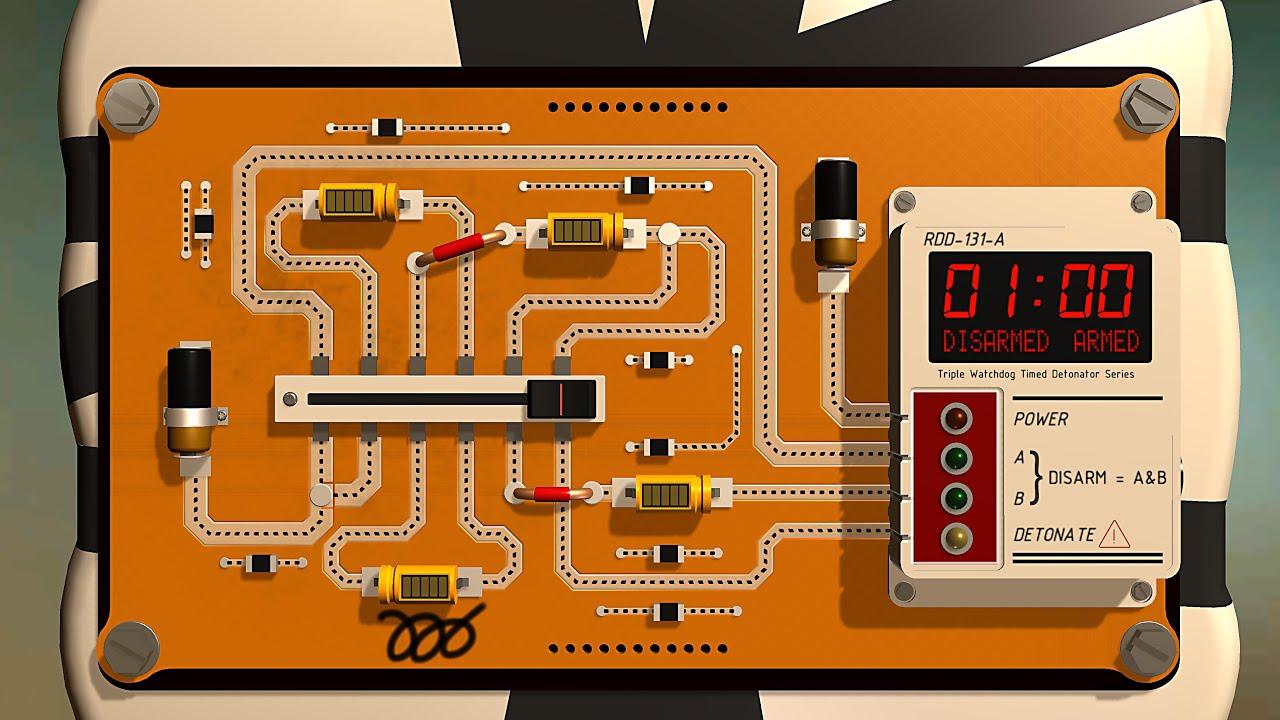 It has a demo on itch.io which I've been testing out and I love it! It's somewhat amusing too, the way the tutorial used comedy to great effect was a nice touch and made it a rather pleasant experience.

It teases your brain in just the right way, as to not overload you while still providing a decent amount of a challenge. A slight brain tickler you might say, rather than a brain twisting rage-inducing puzzle game that makes you throw your mouse out the window.

It isn't without tensions though, absolutely did make me sweat a couple times I will admit. Some of the explosions even made me jump when I snipped the wrong wire. The unexpected—boom, you're a failure is quite funny.

Absolutely worth a look!

If the game starts with a mouse cursor and no actual graphics, a quick fix is to start it with this option:

You can check it out on itch.io and Steam.

QuoteIf the game starts with a mouse cursor and no actual graphics, a quick fix is to start it with this option:

Thanks! :) I ran into this issue when I tried to play the demo on Itch yesterday.
0 Likes

View PC info
Great puzzle game I also totally missed! It's a bit short though. Had it through in 2 hours. They should make a bomb squad adventure game and use Bomb Squad Academy as a tutorial for it!
However I found it completely worth the 5€!
0 Likes

tuxdelux 15 Jan, 2019
View PC info
found an old television show called UXB (or something) which stood for unexploded bom
worth a watch if you can find it! will get you in the mood to play this type of game :)
0 Likes
While you're here, please consider supporting GamingOnLinux on: