Snowtopia: Ski Resort Tycoon is heading to Steam next year, early build to try on itch.io

Up for playing another building and management tycoon game? Snowtopia: Ski Resort Tycoon is one we talked about briefly back in January and it seems to be progressing along nicely.

We've had standard theme park building sims, we've had a Battle Royale building sim, city builders and so much more. A Ski Resort you build up yourself though? That's something we haven't really seen before on Linux, not something that's exactly common on any platform though either.

It currently has an early build available on itch.io which gives off a pretty good first impression, while taking into account it's still a heavy work in progress so there's rough edges. 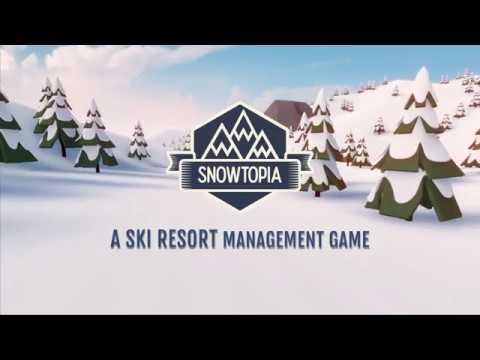 Try the early build on itch.io and keep on eye on Steam for the Early Access release sometime in "Q1 2020".

Article taken from GamingOnLinux.com.
Tags: Early Access, Alpha, Itch.io, Simulation, Steam, Strategy, Upcoming
8 Likes, Who?
We do often include affiliate links to earn us some pennies. We are currently affiliated with GOG, Humble Store and Paradox Interactive. See more here.
About the author - Liam Dawe

Rooster 23 September 2019 at 11:12 am UTC
View PC info
I've played this about half a year ago and it was great fun. Somehow, the AI skiers seem like they have their own preference for which trail to take, like sometimes they made the most logical decision and sometimes not at all. Which is something I really liked, because you then need to be flexible and adjust to the situation. I also managed to break the game a bit, resulting in the skiers making circles mid hill, instead of going down

(devs, please don't fix this, it was a great fun watching them going in circles). You can use your imagination quite a bit for trail building, which is great.

As for challange, when I played it, there was none.
0 Likes