Solar Shifter EX is a game that excited me by how lovely it looks, but sadly the gameplay just isn’t up to scratch. 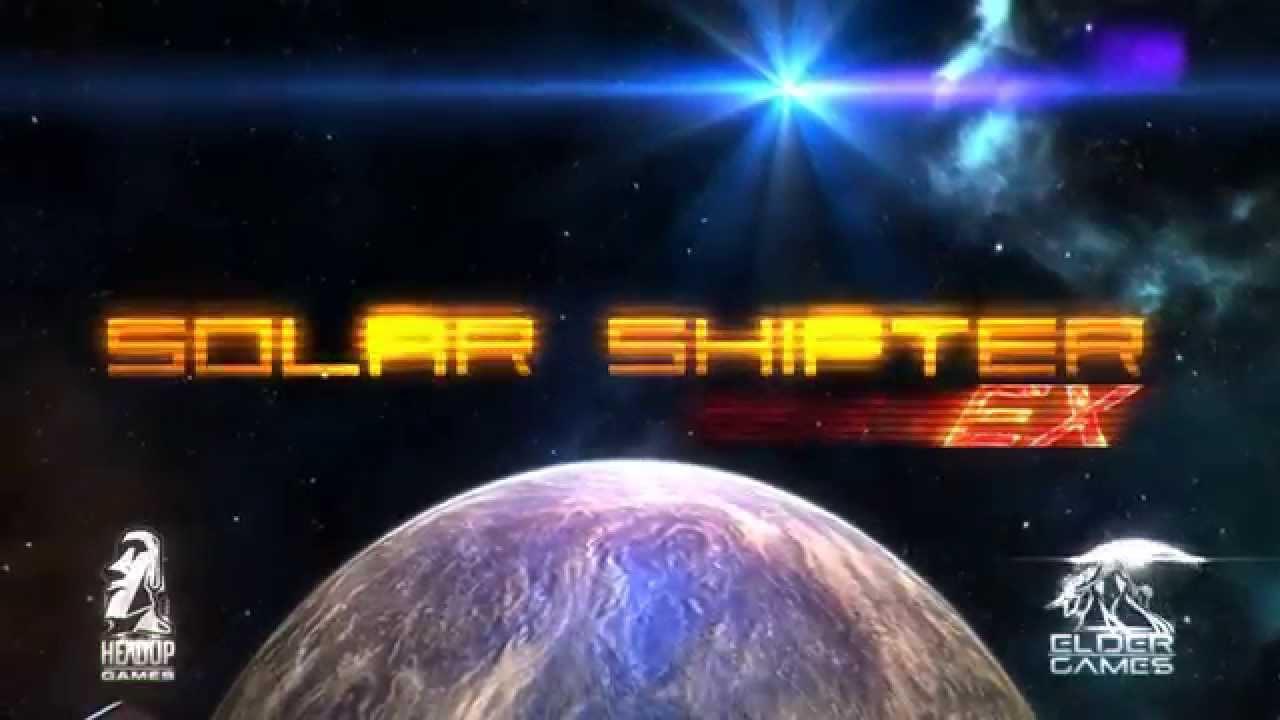 Disclosure: Key provided to us from their PR folk.

About the game (Official)
Warp into action with Solar Shifter EX. Man your ship and dive into fierce combat situations in space and over beautiful and distant planet surfaces. Solar Shifter EX is a sci-fi shoot 'em up with the unique ability to 'shift'.
Your only weapon is your ship: The Phase Shifter has been outfitted with a one-of-a-kind jump drive that lets you warp out of tough situations at will, a technique which will challenge you of to your limits when surviving the masses of enemies coming at you from all sides in this true bullet hell.

In good old shmup fashion you will face uncountable formations of enemies that'll try to stop you. Be clever and use the Phase Shifter's jump drive to your advantage or you will get shot.

My thoughts
It is quite a pretty game, with over the top explosions that end up filling half of the screen with beautiful destruction. The ships all look pretty good too, and I do like the style of the ship you control that’s for sure.

The game does have quite a few issues I take with it though...

You are locked into a small movement square on the screen, so rather than being able to move across the entire screen you get locked into square that restricts your ship's movements with invisible walls. I don’t know why they did this, and it doesn’t really seem to make much sense other than making it more difficult for you.

The movement system annoys me quite a bit, as your ship rotates by itself and you cannot control it. This does make certain parts difficult, and it’s just weird to have your ship at an uncontrolled angle. The first boss fight comes to mind when it’s swinging about all over the place, and you can only look straight ahead.

It also gives the impression that it’s challenging, but once you know exactly where the enemies will be and where they will fire, it actually gets easy pretty quickly. This is not just a problem because you know where they are, but they have zero AI. All enemies follow a set path, and I don’t think any actually try to fire at you. All enemies fire in their set paths and directions as scripted, which is another big let down for such a game.

Mission also rather abruptly end, there’s no fading out, it just ends and cuts to the (rather good looking) scene of you flying into a hanger.

I do like that the game switches things up story wise, and you end up on the other side controlling an Alien ship, but It felt like that section was slightly bugged, as every single ship that dies drops health for you. In previous sections getting a health drop was rare, and it made it incredibly easy. Apparently this is intentional and the alien ship levels are just supposed to be seen as bonus level for the story. I felt the alien ship levels were a bit pointless, as you get barely any story anyway as it is.

Final thoughts: It’s okay, probably a good time killer, but it’s been done a lot better before many times. The movement issues for me are the killer, as is the enemy having zero AI, so personally I won’t be playing it again.

Find Solar Shifter EX on Steam. Article taken from GamingOnLinux.com.
Tags: Action, Arcade, Initial Thoughts, Steam
0 Likes
We do often include affiliate links to earn us some pennies. We are currently affiliated with GOG and Humble Store. See more here.
About the author - Liam Dawe

View PC info
To be honest I am quite enjoying this game :D

The graphics and Landscapes are gorgeous ....

At start It looks weird because enemies starship fire left or right or diagonal but not straight on you ....
So you are like WTF????? stupid stupid game!!!

Lots of enemies fire bullets not direct to you in a single or complicate pattern and your job is to survive this wave of enemies. Well your purpose is to find the blind spots in order to survive. :P
There are some patterns that are extremely hard and some others you just stay in a spot and just shoot but I guarantee that you will die many times.

Even if you die you will have to play again the same pattern the enemies and fire will come exactly the same way as it was before.


Last edited by wolfyrion on 18 September 2015 at 10:36 am UTC
0 Likes
While you're here, please consider supporting GamingOnLinux on: