Soldat, a rather old side-view multiplayer action game is being ported to Linux

Speaking on their forum, a developer said this:


QuoteHey everyone, long time no see :)

Over the past months, the code of Soldat underwent a major refactoring so it became possible to compile Soldat client using the FPC compiler which is much more modern compiler than previously used Delphi7. Thanks to these changes the work on the code is now much easier.

This has allowed us to port the game client to other operating systems - Linux and MacOS! Soon you will not need to use WINE/Vms to play Soldat natively on those systems!

They also shared some screenshots: 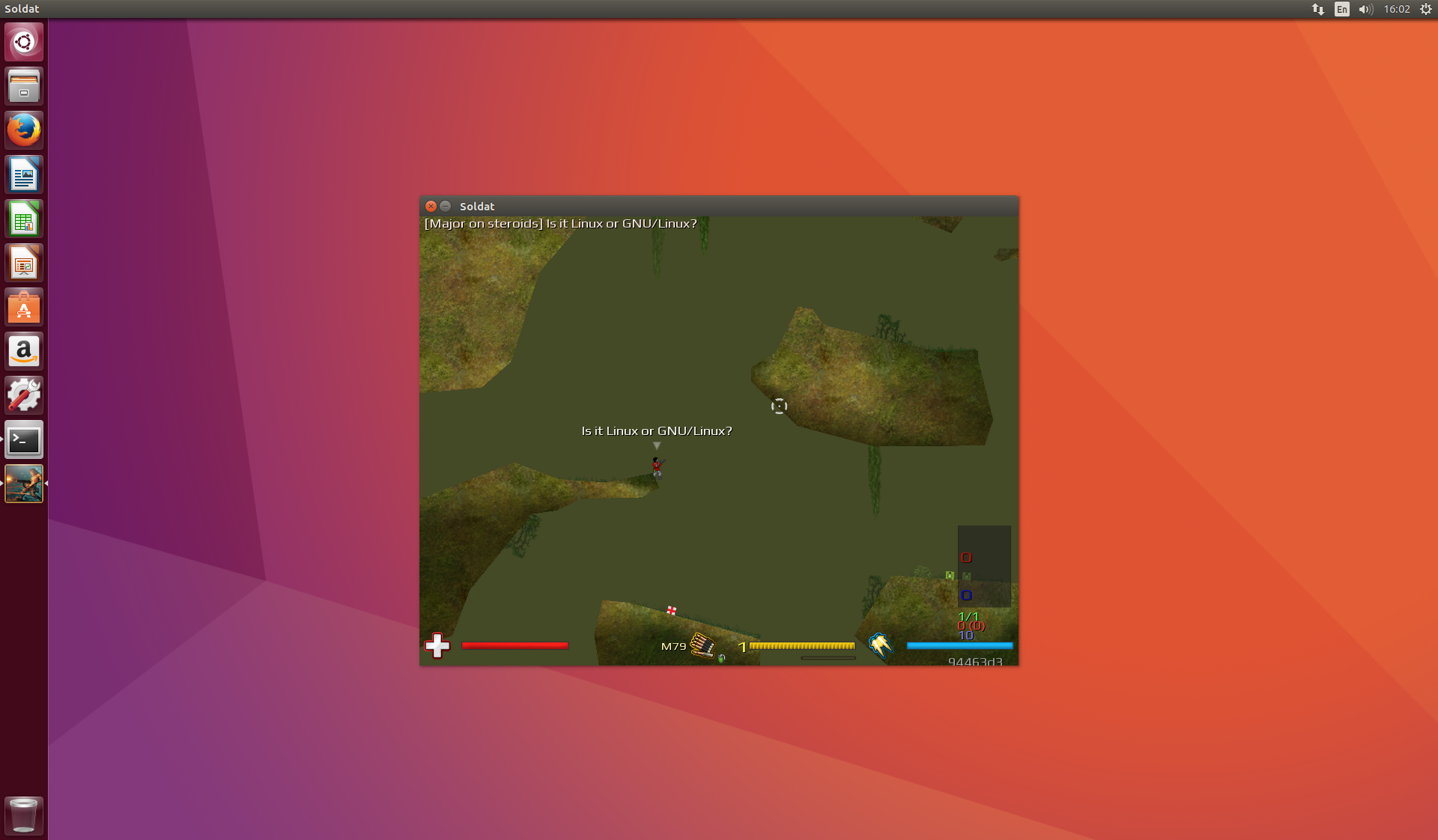 They are now using OpenAL and they plan to start using SDL 2, so it should be a good experience for Linux gamers when it's released.

It may be a while before it is released for Linux, but it's always fantastic to see older games getting some Linux love. We do need a healthy catalogue of older games, not just newer games. Since being newer doesn't always mean better. Article taken from GamingOnLinux.com.
Tags: Action, Indie Game, Upcoming
10 Likes
Share

We do often include affiliate links to earn us some pennies. We are currently affiliated with GOG and Humble Store. See more here.
About the author - Liam Dawe
I am the owner of GamingOnLinux. After discovering Linux back in the days of Mandrake in 2003, I constantly came back to check on the progress of Linux until Ubuntu appeared on the scene and it helped me to really love it. You can reach me easily by emailing GamingOnLinux directly.
See more from me
Some you may have missed, popular articles from the last month:
The comments on this article are closed.
9 comments
Aryvandaar 14 Feb, 2017

View PC info
One of the games of my childhood and probably my favorite action game of all time. What a time we live in! Bless you falcon, helloer and all previous Soldat dev team members!
1 Likes, Who?

View PC info
oh wow, there's a dose of nostalgia. We used to play that during progamming class in school. Its netcode used to crash the school's network constantly. :D

View PC info
Amazing! Always loved this game! Now I need to dig all the levels I made from my old backups...
0 Likes
Kuduzkehpan 14 Feb, 2017

View PC info
Nice to see a game made with Pascal.
I discovered FPC/Lazarus when I moved to Linux and had to drop Visual Studio.
Really like this language and IDE. :)
It's a pity that it became out of fashion.
0 Likes
poob 15 Feb, 2017
thats awesome! soldat is rad.
0 Likes
While you're here, please consider supporting GamingOnLinux on: