By Liam Dawe - 22 September 2015 at 10:03 pm UTC | Views: 14,912
Earlier I had some time to sit down and play through nearly two hours of SOMA, the new horror game from Frictional Games and these are my initial thoughts.

Disclosure: My key was provided by Frictional Games directly, and as always I will give it an honest look. 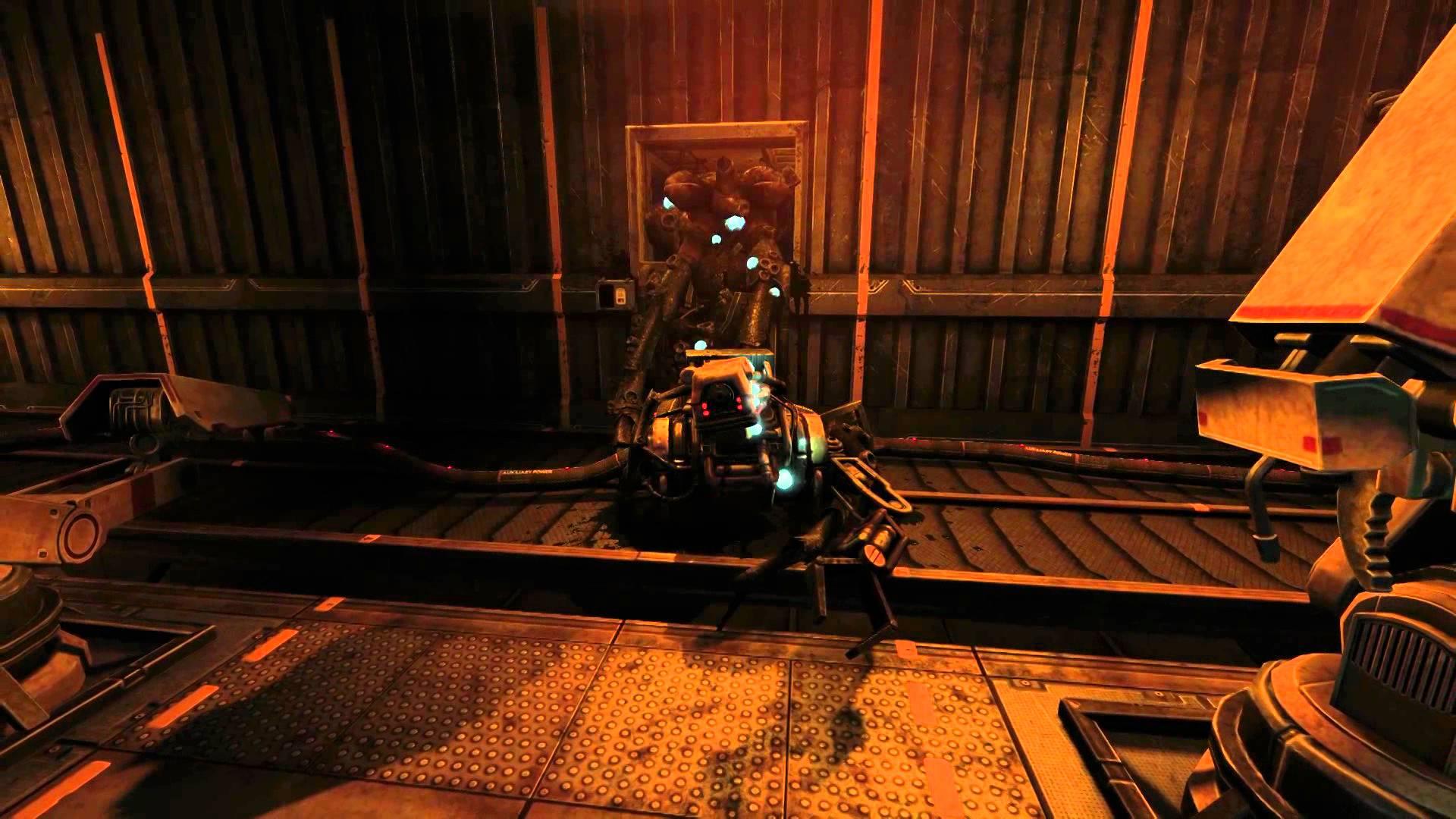 YouTube videos require cookies, you must accept their cookies to view. View cookie preferences.
Accept Cookies & Show   Direct Link
My initial thoughts
These are my initial thoughts, and they are not final as I've only put 1.9 hours into the game according to Steam that I did on my personal livestream earlier.

I have to say, the environment art and general atmosphere is fantastic. I much prefer futuristic settings for games like this as I feel more at home with it, and they really did a fantastic job on it. The robots, and whatever this infestation is looks gross and awesome at the same time.

Sadly though, so far it seems pretty slow to get into without too much tension, I only really had possibly two little jumps which were over pretty quickly. The game just doesn't seem like it's all that scary, it seems like Frictional Games have made it more story focused and more of an adventure game than a horror game like they have done previously. That's certainly not a bad thing, but it is quite a big change from what I was personally expecting.

The game makes heavy use of screen blurring and it looked like chromatic aberration too, it looked awful and I doesn't seem like there's a setting to turn it off.

I am enjoying walking around and interacting with everything, it was especially amusing messing with a certain robots power supply.

The puzzles in the game so far are a little annoying, with you need to pay serious attention to the little things around you to get what you're doing. I overlooked some really simple things, and it made for a slightly frustrating play through.

Right now, I think if you're looking for a proper horror game this isn't it, but I will be playing more to get a true feel for how it turns out and will post a more in-depth post on that.

It was giving me a almost solid 60FPS, I only noticed one drop to 14FPS for a split second which didn't really inturrupt anything, so performance wise at least for me it's pretty good. It does seem to be locked to 60FPS even without VSYNC on though. I haven't actually come across any bugs that I've noticed, so port wise it does seem to be well done, which is great to see on a day-1 release.

You can find SOMA on Steam, GOG and Humble Store (only a Steam key on Humble though). Article taken from GamingOnLinux.com.
Tags: Adventure, Editorial, Horror, Initial Thoughts, Steam
0 Likes
Share

View PC info
I downloaded it and played it already. Got stuck behind a toliet. 10/10.
0 Likes

View PC info
Does it have to be scary to be good though? It's easy to expect another Amnesia in space, but I'd actually be happy if it was something new and original.
2 Likes, Who?

View PC info
Personally, I've never found Frictional Games.. games.. to be scary. There's always a couple of jump scares, but they're shortlived, and are padded out with wondering about, and crouching behind something when The Big Bad occasionally walks past. The only time I thought "wow, now this is actually scary" is when my graphics driver glitched out while playing The Dark Descent and all I could see was random coloured glitches. I thought it was some sort of insanity effect.. until I died and couldn't even navigate the menus. :l

I'll still get Soma, but I sincerely doubt I'll find it scary.
0 Likes

View PC info
I'm sorry to say that the game has a crash bug, about 4 hours in, it has been reported on the devs forums, at the moment its not just ubuntu distro its also effects arch linux but i have noticed so far that all that have the problem are running Nvidia cards, but to me as the crash to desktop is when you click your mouse on the RUN on computer screen later ingame i think its something to do with the code for the switch and not graphics card, the guy at the forums have passed on all logs etc to the Linux Porter guy, More info here:

Its a real shame as i was loving the game with no problems running it and getting 60fps (seems to lock at 60fps), only when saving did it dip to about 40fps, and also fps drop when screen recording, i hope its fixed soon.

View PC info
I'm just under 2 hours in and I agree it's not as scary as previous Frictional titles, at least no so far. I mean there have been a few pretty tense moments and Frictional's audio work, as far as ambient sounds and sound effects, is on point as usual. I always felt in their games the audio did as much, likely more, to build tension than the visuals. Still, overall nothing as creepy as their previous works, especially not compared to Penumbra: Black Plague (that had some really messed up moments). I'm fine with that, though, as I'm a coward, so less scary isn't a bad thing necessarily. I'm definitely interested to keep going to find out what in the blue hell is this place and what happened here.

View PC info
Porter here, you may remember me from the Shadow Warrior port ;-).

@TheReaperUK
Hoping to have this issue resolved today, sorry it snuck in :-(.
17 Likes, Who?

Quoting: amelcherPorter here, you may remember me from the Shadow Warrior port ;-).

@TheReaperUK
Hoping to have this issue resolved today, sorry it snuck in :-(.

It's appreciated, thanks.
0 Likes

View PC info
Liam: You can turn the Chromatic Aberration off, just go to Settings>Game>Color Seperation and turn it to off :)

I'm about 2 hours in and really enjoying it so far. As Liam says, I quite enjoy the theme in this one over Amnesia or Penumbra (though I enjoy them both). I'm glad it isn't as stressful as ADD so far. I think my favorite previous Frictional game was Black Plague, which also wasn't too stressful, and had other characters to interact with so everything didn't feel so empty and hopeless; and this game reminds of of that, though the puzzles are not quite as interesting, the story a pace are quite good thus far.

Quoting: amelcherPorter here, you may remember me from the Shadow Warrior port ;-).

@TheReaperUK
Hoping to have this issue resolved today, sorry it snuck in :-(.