Some early thoughts on Helium Rain, the single-player space simulation 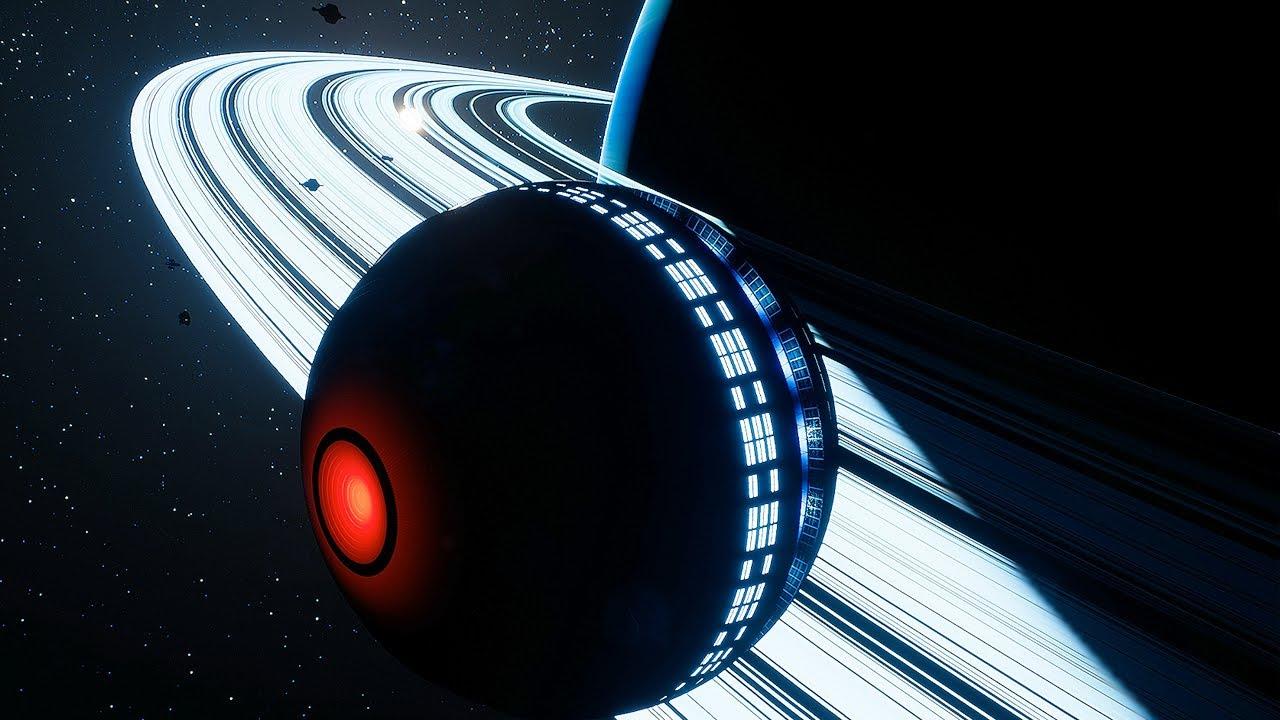 YouTube videos require cookies, you must accept their cookies to view. View cookie preferences.
Accept Cookies & Show   Direct Link
We don't actually have many good first-person space simulation games, certainly not many that look as visually impressive as Helium Rain did from the trailer. What I'm pleased about is the fantastic style shown in the trailer translates perfectly to the actual gameplay. From the first moment I actually got into the game, I was amazed by how utterly striking the scenery was. Like this gorgeous blue planet in the starting system, it looks incredible.

I was even quite surprised by the tutorial and how easy to understand it was. I rarely like tutorials, but something about this seems right. It was very clear, concise and a breeze to actually get through. Basically, it's everything a tutorial should be. It does still need a couple tweaks, like taking into account you having already done part of it. In my case, I had already researched something and it didn't realize.

The controls feel responsive, with plenty of keybinds to learn but it still remains pretty simple to operate. Standard WASD controls for flight, Q&E to roll and so on. The controls are slick and learning it was a breeze. Actually being any good at flying is another story though of course.

My first station docking was a little confusing, with many bumps made, but a total cinch once you do it the first time. Lining up your ship, rotating and slowly coming into range as you click into place with the station. I was expecting some sort of crummy interface as soon as I docked, but no! You see your ship nicely docked, you can rotate the camera around and appreciate the scenery and it's just breathtaking — take a look: 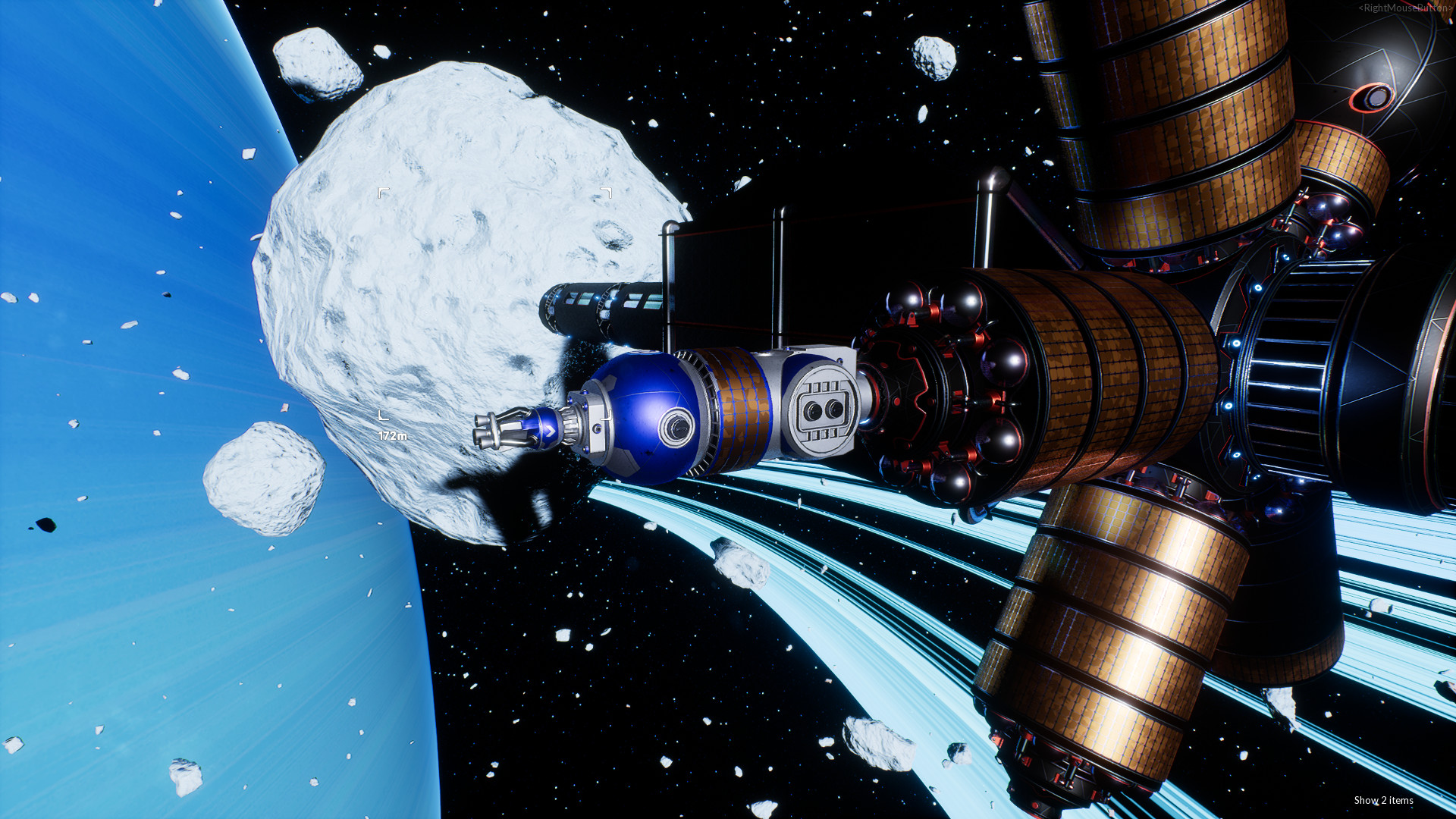 What is also impressive is the tiny loading time. From the moment I hit Play through Steam it took 2-3 seconds to load fully to the menu and loading a saved game was also nearly instant.

I did a little video of the docking system below. After three takes of crashing into stations (mainly as I tried some silly manoeuvrers), my cooling system was damaged so my ship was overheating, power was way down and I think I might have messed up. Thankfully, the game has various research options, one of which being "Auto Docking" which completely saved my butt until I could grab some Fleet Supplies to repair my ship. It's pretty fun watching your ship swing around a station using Auto Docking, but way more fun to do it yourself, see my little video: 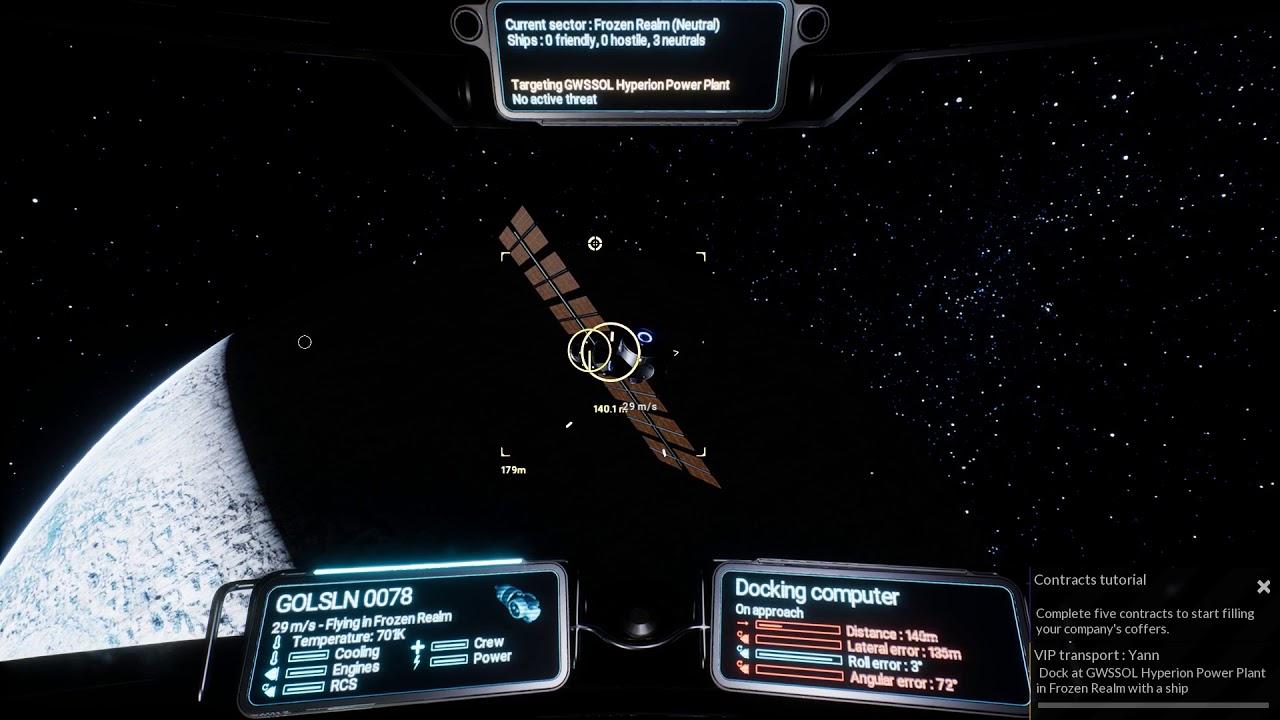 YouTube videos require cookies, you must accept their cookies to view. View cookie preferences.
Accept Cookies & Show   Direct Link
You can construct stations, upgrade your ship, get more than one ship, engage in space battles and hopefully much more as development continues.

I will have a more thorough review in time as the game furthers development while in Early Access. For now though, my overall impression of Helium Rain is pretty fantastic. I have high hopes for this one, a solid start.

I had one single crash in my current play time, which isn't bad for an unfinished game.

View PC info
I looks really intriguing which is why I put it on my wishlist on release. I guess your review now seals the deal and I'll buy it. =)
0 Likes

kf 23 Aug, 2017
View PC info
What I find a bit confusing is that I keep losing money and I don't know why. I have no idea whether or not it is my station, my trade route being bad, someone stealing from me (?) or something else.
0 Likes

rudzha 23 Aug, 2017
View PC info
Devs are also actively engaged with the players when it comes to issues and suggestions.

I had two things stopping me from enjoying it: No UI scaling at 4k and no Dual joystick support(game treated both as the same joystick)

Both issues were fixed in a couple of days after reporting them.

One more thing to note is the publicly visible Bug Tracker and Roadmap.
Helium Bug Tracker


I'm very pleased with how this Early Access title is handled.
4 Likes, Who?

View PC info
I definitely want to try this game out. Not my normal type of game but it looks good.
2 Likes, Who?

View PC info
Excellent. I was thinking the other day while waiting for everspace and trying to get into Avorion beta, thinking about the cool game deva making a space game chatting to us about it being a Newtonian model. This is the one :-). Instabuy.

I've emailed the developers to see whether they are going to release this on GOG. I'll report back if I hear anything.
1 Likes, Who?

Quoting: mcphailLooks great, and nice to see the assets have been created in blender.

I've emailed the developers to see whether they are going to release this on GOG. I'll report back if I hear anything.

They developed that game on Linux , maybe Liam can add that to the article.

And yes , they are planning to release that on GOG too.

Hi, I'm the main gameplay developer and I work on...

View PC info
Ok well I would buy it but keep getting an error trying to click purchase for myself and it's stuck in the cart :-( EDIT OK restarting steam fixed :) Bought. I'm off to fly in space :)

View PC info
Space games aren;t necessarily my thing but I will probably follow this until release.
I like the aesthetics a lot.
0 Likes
1/4»
While you're here, please consider supporting GamingOnLinux on: