Some more details on Crazy Justice, the third-person shooter with Battle Royale that's coming to Linux

There's quite a lot of hype going for Crazy Justice [Official Site], the third-person shooter with single-player, co-op and Battle Royale that's coming to Linux, here's some more details on it. 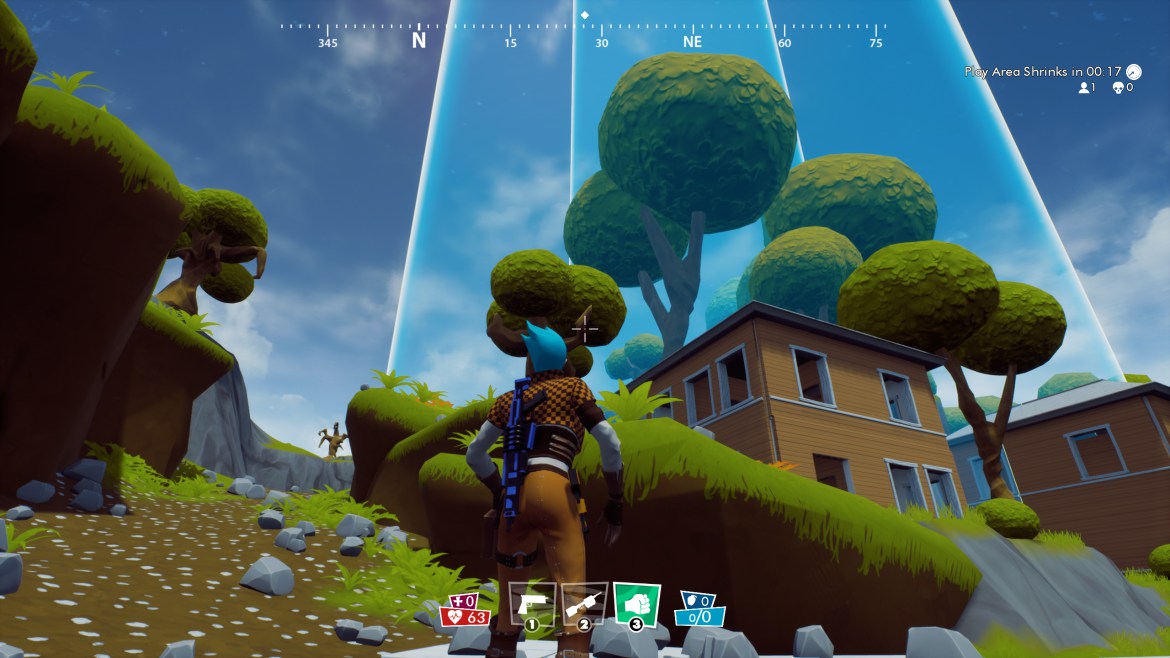 Since there's been a lot of comparisons to Fortnite, they've also given out quite a few details on why it will be different:

In terms of a release date, everything is indicating that it will head to Steam this month. Quite possibly next week, which they've hinted at when I asked about it. During their most recent Q&A session, I said there was no way they would deal with issues during E3 so they would release after it, to which they replied with "all of the dev kits/stuffs will be with us ;)". They've also given out "mid-June" as their target, so next week really does sound possible.

Here's a few more bits from the session we've found out:

They said they're working on a proper trailer that should hopefully release within a few days and pre-orders via their website are apparently closing today.

Personally, I haven't been this excited about a game for quite some time. Sounds like it has everything I want.

View PC info
I'm rarely hyped for a game. This is the one. I want it. Now. Gimme.
0 Likes

View PC info
As if I wasn't hyped enough about this game already. I need it.
2 Likes, Who?

View PC info
I never thought about preordering games. But this one... Let's hope it won't flop
1 Likes, Who?

Quoting: RTherenI never thought about preordering games. But this one... Let's hope it won't flop

The devs seem really dedicated to making the game work properly across the board. And considering the price difference between preorder and retail I'm very tempted...
1 Likes, Who?

View PC info
I gave them my pre-order after their effort on getting the Linux version to work. So far, I'm liking what I'm reading. Let's hope the gameplay will be good as well.

Making a point of "A larger map than Fortnite" seems to be a little much. BR (hey, Black Riddles has the same acronym as Battle Royal) said the map was 6 km2 with out specifying whether that is a whole square or the walkable area. The best I could get from Fortnite was a supposed mention by Epic that it had 5.5 km2 of walkable map. That said, this appears to be a good size for a BR game where you mainly walk.

Of course I'm happy about the "no microtransactions". However, for continued support there must also be some sort of continued income. Whether story DLC will be enough remains to be seen. I'd be interested in knowing what other options they would have. If the game is as fun as they're hyping it to be, then I wouldn't mind buying something every now and then to keep it going. Same as I do for SCS Software and their truck sims.

Good to see that season events are planned. It makes things a bit more interesting and if done right it may help keep player count up for longer.

Now if I only knew what anti-cheat system they will be using, I can start preparing for some shooting! :D
1 Likes, Who?

View PC info
Let's hope that the game makes a good impression at release. Otherwise I can foretell the reaction on RPS and other gaming websites, including Steam reviews: They will dismiss any differences between "Crazy Justice" and it's cousins and will simply shout: "No! Not another Battle Royale game and furthermore one that isn't absolutely perfect!"

Because, of course, all those other gaming websites don't realise that this would be the first Battle Royale game for Linux.

It happened with Faeria e.g. ("Not another card game! Not another Hearthstone!" ).
0 Likes

Quoting: MicromegasLet's hope that the game makes a good impression at release. Otherwise I can foretell the reaction on RPS and other gaming websites, including Steam reviews: They will dismiss any differences between "Crazy Justice" and it's cousins and will simply shout: "No! Not another Battle Royale game and furthermore one that isn't absolutely perfect!"

Because, of course, all those other gaming websites don't realise that this would be the first Battle Royale game for Linux.

It happened with Faeria e.g. ("Not another card game! Not another Hearthstone!" ).

Well, here's our chance to show a bit of strength and solidarity with a game developer bothering to put their BR mode on Linux :)
4 Likes, Who?

Quoting: GuestI'm gonna buy this game if they put it on Steam

They are indeed working on a steam page for it :)
0 Likes