Some of our most anticipated games for Linux in 2020

A new year has arrived, so let's have a quick look over some of the most promising titles to be coming to Linux across 2020. There's plenty to be excited about. If any take your fancy, you can click the screenshot for a better look.

A puzzle game taking place inside street and building signs? Yes. You are the Person, the one you see usually standing proud inside a sign telling you where to go. Only now you're going on an adventure across the signs. The demo up on itch.io was really quite impressive. 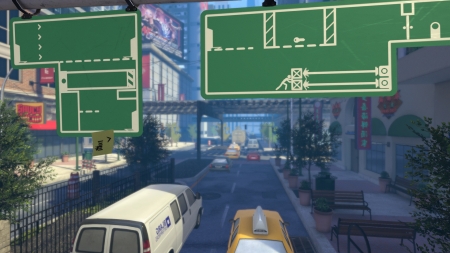 "Venture with Mirai and her crew far below the surface of our largely uncharted ocean in an experience that explores the awesome wonder and unbounded mystery that infuses our planet’s beating blue heart." 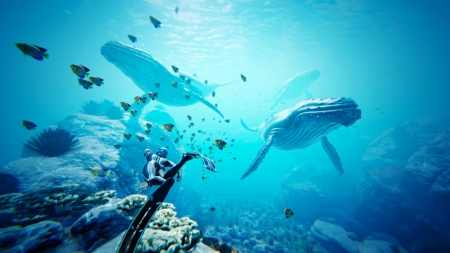 "Resolutiion is a fast-paced action-adventure created by two angry German brothers leading a band of vagrants who loaded it with lovely pixels, dirty jokes, deep ideas and badassemotional tunes for hours of punishing combat, rewarding exploration, and layered storytelling.

Explore a fractured future, gathering weird weapons and stories, to piece together the past: a friend betrayed, a family broken, worlds at war." 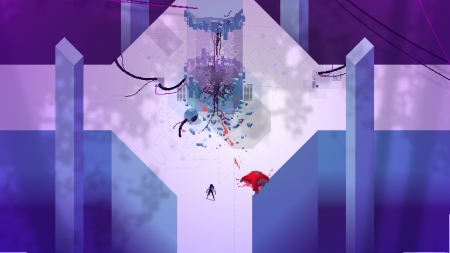 Okay, so we don't know for sure if Valve's full VR Half-Life experience will fully support Linux just yet. However, Valve support Linux with so many projects it would be weird if they didn't but it depends on how stable the VR experience on Linux is later this year. Either way, this is a massive title we don't want to miss. 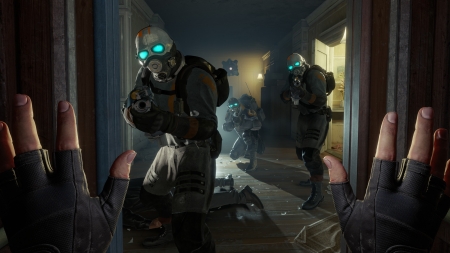 More post-apocalypse squad-based RPG goodness on the way, going from the sun-dried deserts to the frozen mountains. Wasteland 3 will offer "challenging tactical combat, hours of exploration, and a deep, reactive story full of twists, turns, and brutal ethical decision". 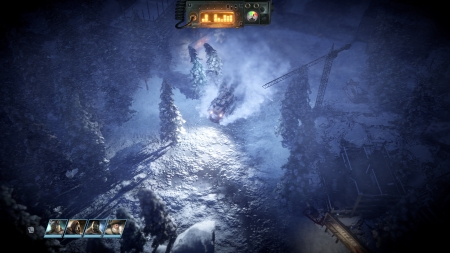 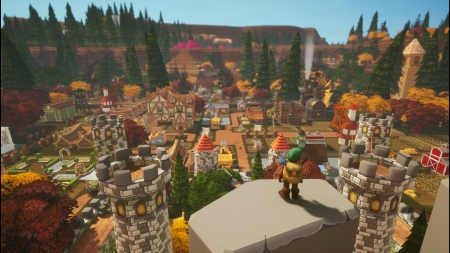 Hellpoint is a dark sci-fi action RPG set in the aftermath of a massive quantum cataclysm. Set on board a space station orbiting a black hole, with each new game giving you a very different station full of rooms to explore, enemies, puzzles and random events. 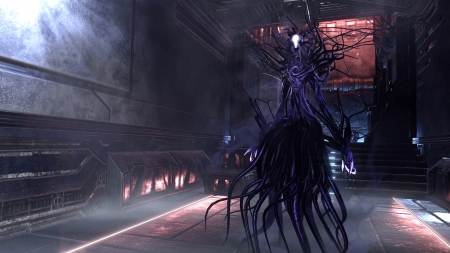 From the creators of Chroma Squad, Dungeonland and Relic Hunters Zero we have Relic Hunters Legend. With a promise of shooting, plenty of looting and online cooperative play for up to four players with "next generation" top-down shooting. 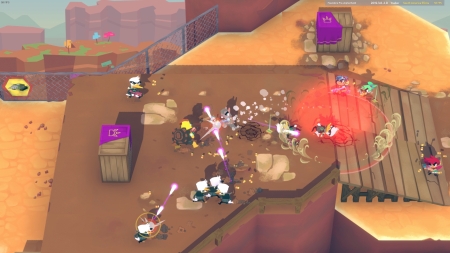 More gorgeous real-time first-person dungeon crawling, where do I sign up? Very excited about this one, as the previous Vaporum game was fantastic. "You will encounter nasty enemies with unique strengths and attack patterns. To beat them, you will have to employ a broad array of weapons, gadgets, upgrades, and smart tactics." 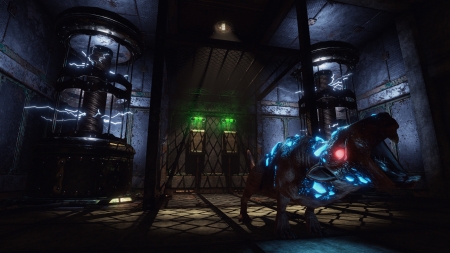 A post-apocalyptic filled with cosmic horrors, incredible design work and punks with shotguns. Sounds like everything I want with plenty of action, stealth and multiple choice dialogue. The developer said it will contain "gore, puke and tentacles.". 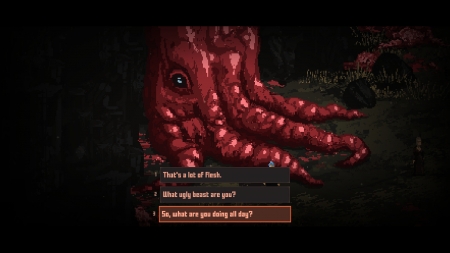 Inspired by MegaMan Battle Network, One Step From Eden combines strategic deck-building and real-time action with roguelike elements. I was very impressed with the demo, the fast and furious combat was an absolute hoy and you can also try the older demo on itch.io still. 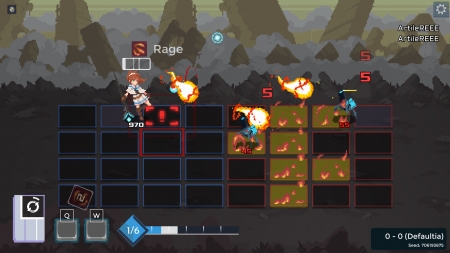 A proper first-person gun simulator, a much expanded version of the original which was a pretty interesting tech demo. Every enemy can be destroyed by a single well-placed shot, if you loaded your gun properly that is. It's going to be tense. 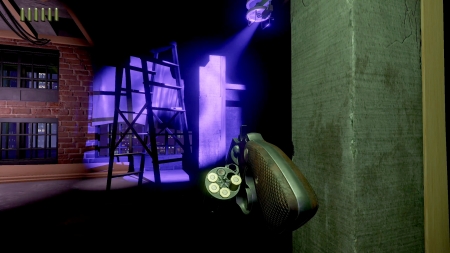 A hard-core true retro first person shooter, powered by the legendary Quake-1 Tech. "Equipped with weapons of exceptional might and an inventory of powerful artifacts, you must traverse ancient crypts, sunken ruins, corrupted temples and howling forests to bring death to your enemies. But do not underestimate your adversaries, for they are great in power and number. Your mind must be as sharp as your blade if you hope to survive the dangers ahead." 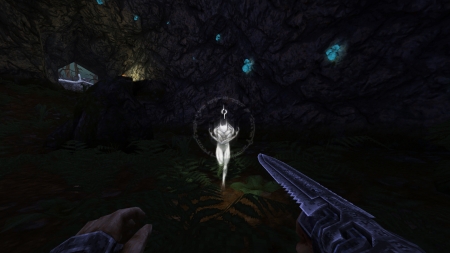 Kalypso Media Digital have officially revived the Commandos franchise, as a huge fan I couldn't be happier especially since they've teamed up with Yippee! Entertainment who will be putting in Linux support. The Linux version is coming slightly later but Kalypso are clear it's coming. Commandos is an absolute classic and there's more to come. 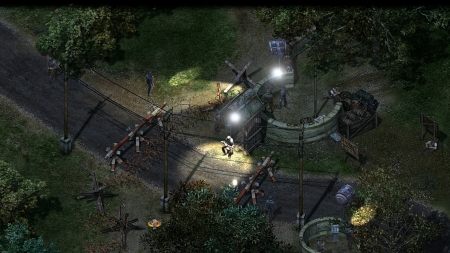 Beyond a Steel Sky

The classic Beneath a Steel Sky is finally getting a sequel with Beyond a Steel Sky. "An adventure set within a dynamic world, populated by willful characters driven by motivations that the player can subvert. In combination with a unique hacking tool, multiple solutions to puzzles emerge from player choices." 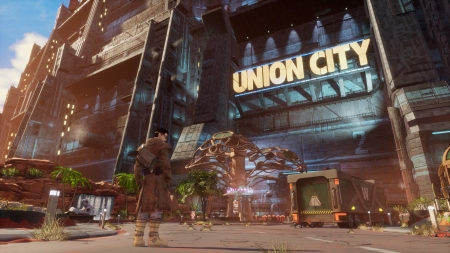 Inspired by the classic strategy game Pharaoh, Nebuchadnezzar is a stylish isometric city-builder. In the campaign, players get to rule over influential historical cities filled with magnificent monuments you design from scratch. 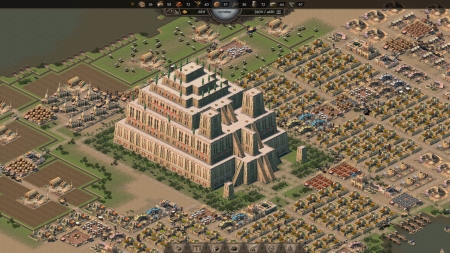 A Year Of Rain

Daedalic are creating a proper co-op traditional real-time strategy game, full of all the good stuff like base building and resource gathering with a full campaign and skirmish mode. Currently in Early Access, with a Linux version confirmed to be coming. 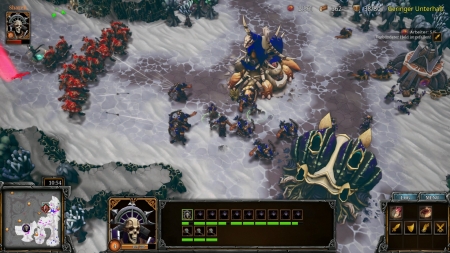 After trying out the demo for this reverse-horror, it's easily one of my most anticipated. Everything about it was absolutely brilliant. Controlling a creature that has no true form, as you slither and slide through vents to drop down and eat some unsuspecting humans—it's gruesome and awesome all at once. 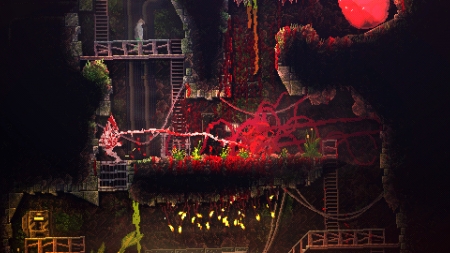 It's 2062. Tina – a 9 years old orphan – lives with SAM-53 – her big clumsy robot guardian – on a rooftop makeshift shelter in Neo-Berlin, a dark megalopolis controlled by corporations. A dark cyberpunk world, looks like a point and click adventure not to be missed. 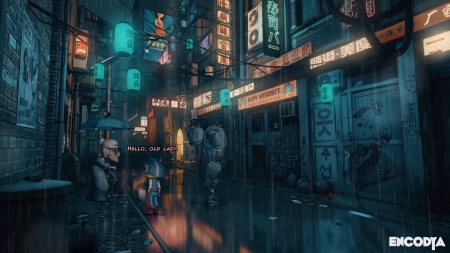 While I struggled with the previous game, which is now free to play, CK 3 looks like it might be a lot more inviting and it's definitely looking good from all the previews. I love the idea of Crusader Kings, how it's such a personal strategy game and look forward to taking over the world, one family at a time. 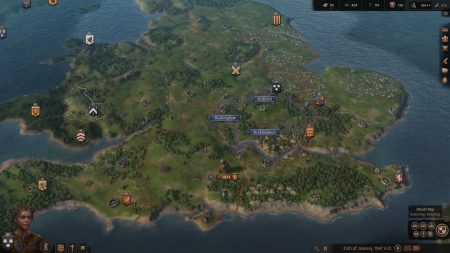 Hollow Knight was arguably one of the best indie games of 2017, with some a magnificent setting and style it's really pleasing to see Team Cherry doing more. Silksong will have us explore a whole new kingdom with coral forests, mossy grottos, gilded cities and misted moors. 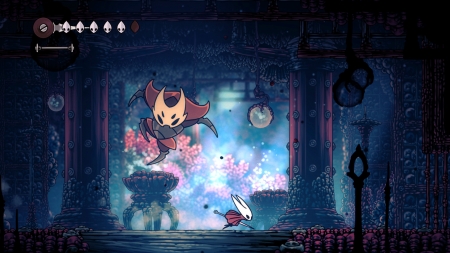 Tactical combat with time manipulation certainly piqued my interest. They claim it will have "the tactical depth of turn-based games with the exciting action of real-time games". Part of that is because you can rewind time itself up to 5 seconds, whenever you want, to try out many different actions and find the one you like the best. 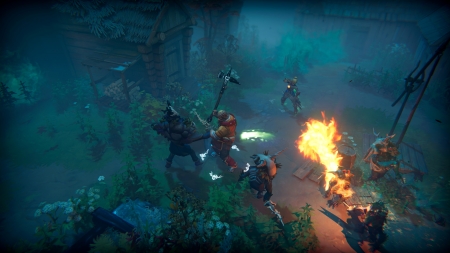 Pokemon for a more mature audience? That's what Monster Crown certainly seems like with a darker setting. Hundreds of monsters to collect, a special breeding system and a promise of a deep story with a world full of optional content to explore. 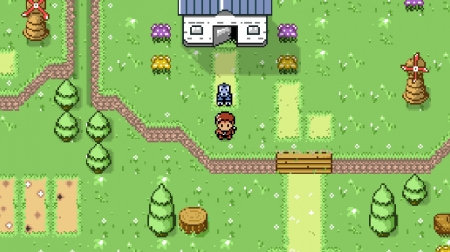 Hack the planet! Something like that anyway. Semaeopus are crafting a story-driven third-person stealth hacking game where data is your most powerful weapon. 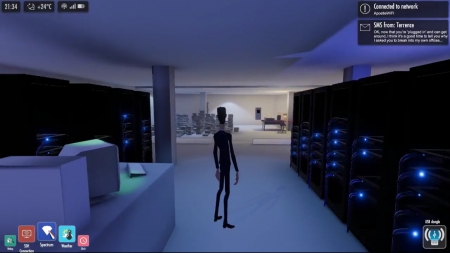 Retro first person shooters have had a bit of a revival in the last few years, and Prodeus seems to be taking that a step further. Being retro inspired, with a ton of modern visual enhancements. 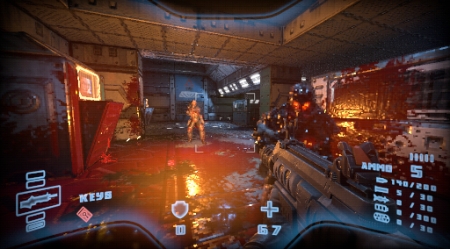 "Razputin Aquato, trained acrobat and powerful young psychic, has realized his life long dream of joining the international psychic espionage organization known as the Psychonauts! But these psychic super spies are in trouble. Their leader hasn't been the same since he was kidnapped, and what's worse, there's a mole hiding in headquarters. Raz must use his powers to stop the mole before they execute their secret plan--to bring the murderous psychic villain, Maligula, back from the dead!" 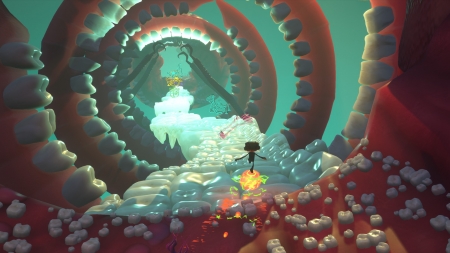 Croteam have been supporting Linux amazingly well the past few years, getting many titles working nicely with Vulkan. The next instalment of Serious Sam is coming and Croteam teased on Twitter that 2020 is about to get serious. Serious Sam 4: Planet Badass is going to be a much bigger game too, with huge open environments to explore with optional objectives, secrets and deadly ambushes. 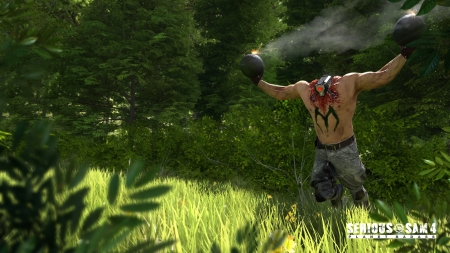 An all-new take on the 2001 cult classic Startopia from Mucky Foot Productions, with Realmforge Studios (Dungeons 3) taking the helm on developer and Kalypso Media publishing. Dungeons 3 was excellent, so I hope Realmforge can do the same for Startopia. 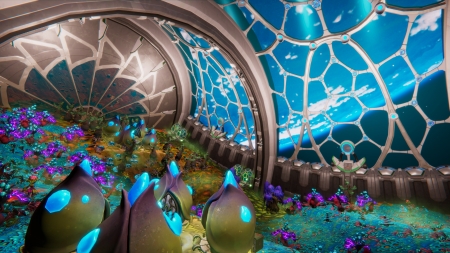 I missed the boat on the originals and they're a little difficult to get into with how old they are, so to have a massively enhanced reboot that will support Linux is quite exciting. Nightdive Studios have done some great work reviving older titles, but how will they do at a full reboot? From the previews it looks promising. While it's a reboot, Nightdive claim they will stick closely to the original vision. 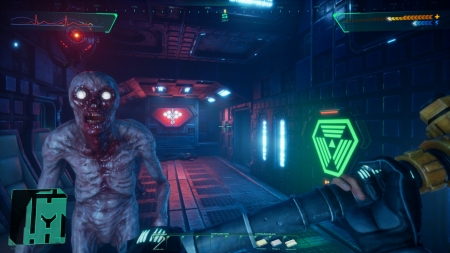 The porting wizards at Feral Interactive have confirmed again that another Total War game is coming to Linux "shortly" after the Windows release. Going back to a historical setting inspired by Homer’s Iliad, it focuses on the flashpoint of the Trojan War, with new period-inspired features. 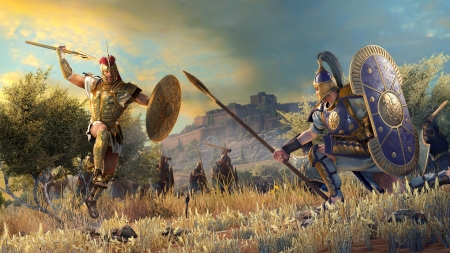 30 brilliant looking titles and that's just a really small slice of what's to come over this year and it's already getting very exciting. Plenty more not mentioned, but we have to stop somewhere. You can also see some other titles coming in our previous crowdfunding roundup.

What are you hyped up about? Do let us know in the comments, there's a huge amount coming.

Article taken from GamingOnLinux.com.
Tags: Editorial, Listicle, Upcoming
43 Likes, Who?
We do often include affiliate links to earn us some pennies. We are currently affiliated with GOG, Humble Store and Paradox Interactive. See more here.
About the author - Liam Dawe

View PC info
Alot of good titles on the way :). Im hoping for escape from tarkov aswell, nothing confirmed only speculation. At the moment it makes me dual boot cause of there anti-cheat thingy. They use the same stuff as in PUGB and Destiny 2.
0 Likes

View PC info
I'd add Eitr, though there is no guarantee it will even come out.

View PC info
I’m keeping an eye on LUNA The Shadow Dust, and very curious to finally see what Death Trash looks like at release :)

Thanks for taking the time to put this list together, Liam!
1 Likes, Who?

View PC info
If I ever get CP 2077 it would be native (not sure if CDPR will ever do it, but Staida works leaves that chance) or in Wine. Not Stadia for sure.
0 Likes

View PC info
Most of the list isn't my cup of tea, but Crusader Kings III and Wasteland 3 are definite buys.
1 Likes, Who?
mphuZ 3 Jan