Some thoughts on Castle Story, the voxel-based strategy game

Castle Story [Steam, Official Site] finally released in full and it came with day-1 Linux support, I've taken a look at this voxel-based strategy game to see if it's worth your cash. 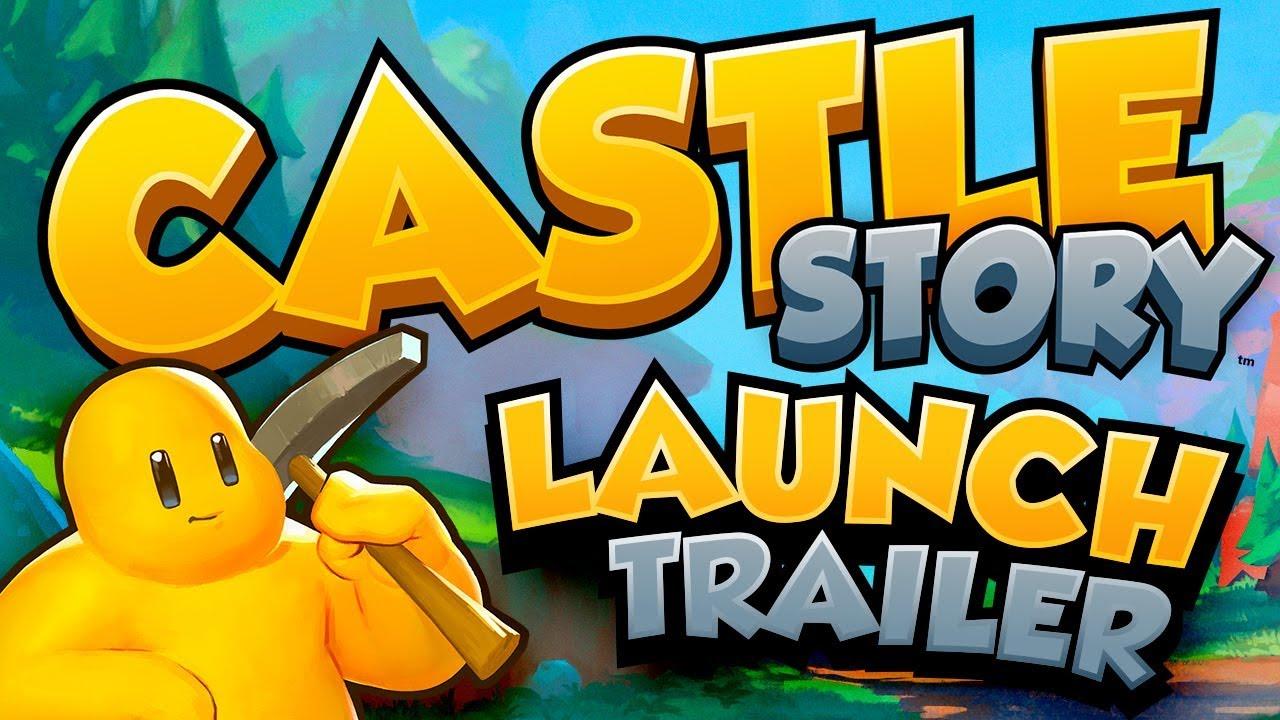 I actually completely forgot it even existed until our Friday livestream extraordinaire, Samsai, pointed it out to me. It seems we had a community submission on it back in 2012, from Bumadar. This is back when Unity 4 wasn't even out with Linux support, so a Linux version was only a maybe back then. In a time when Kickstarter was still quite new, fresh and everyone was excited about games on it.

It obviously took quite some time for it to come to a release, five years in fact. We all know by now games take time, but that's still quite long for something that was already in development. They had a bumpy road for sure, but now it's finally out, what's it like?

The truth is, not so great.

I had no idea what I was getting into here, but it didn't give a very good first impression. I've noted down some major issues in a section below, but I'm talking about the game itself first.

I got to the main menu, hit Play, picked Invasion mode and picked a map. I had to do a double-take on this, to make sure I wasn't being a moron, but the game mode picker seemed to be broken. No matter what I did, it kept going into Sandbox mode. I decided maybe the map was broken, so I tried another map on Invasion mode, nope, still given Sandbox mode.

Okay fine, the game really badly wants me to try out the Sandbox mode. So I do, then I open the First Steps part of the menu and start reading. I need to scroll the box down, but in doing so the game camera scrolls down with me, at this point I let out an audible sigh. Attention to the finer details bother me, a lot.

The text size in the help sections is tiny, to the point that I'm physically moving closer to my monitor to read the help text. I should never, ever, have to do that. Still, I carried on attempting to learn the game, but just as I tell my little yellow friends to cut down some trees, a massive info box appears to the left of the screen informing me a wave of enemies will arrive in 10 minutes. Hold on a minute, I'm in Sandbox mode aren't i? Take a look at how obnoxiously large this left panel is: 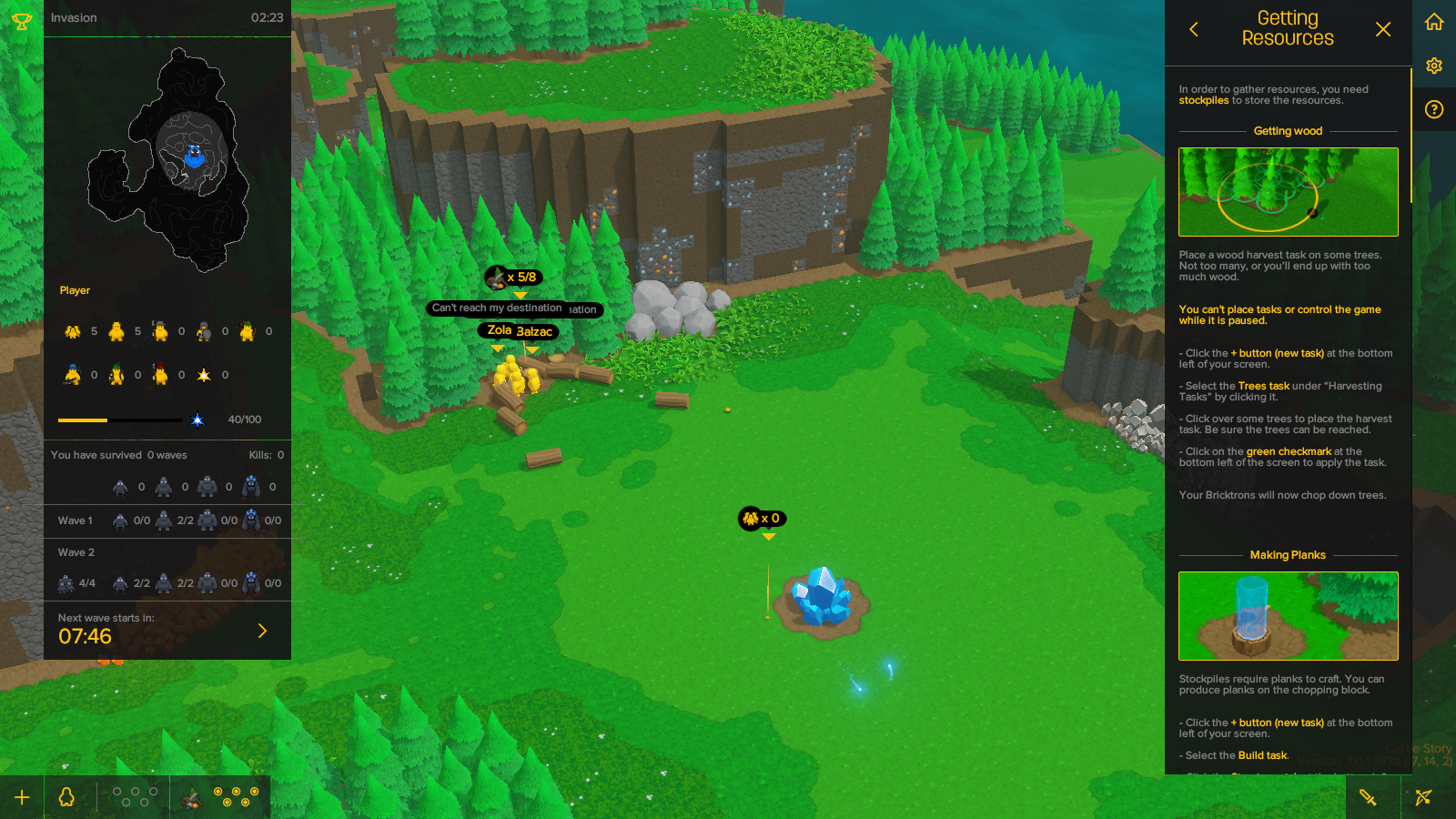 There's no indication that I can make it smaller, or hide it either. It takes up way too much screen-space, it's quite annoying.

I actually had to look at their manual, to check the Sandbox game mode and indeed it does state "Sandbox is a gamemode without any enemies". So, just what game mode am I playing? I'm so confused at this point. Turns out, Invasion mode works, but the game tells you it's Sandbox mode like this: 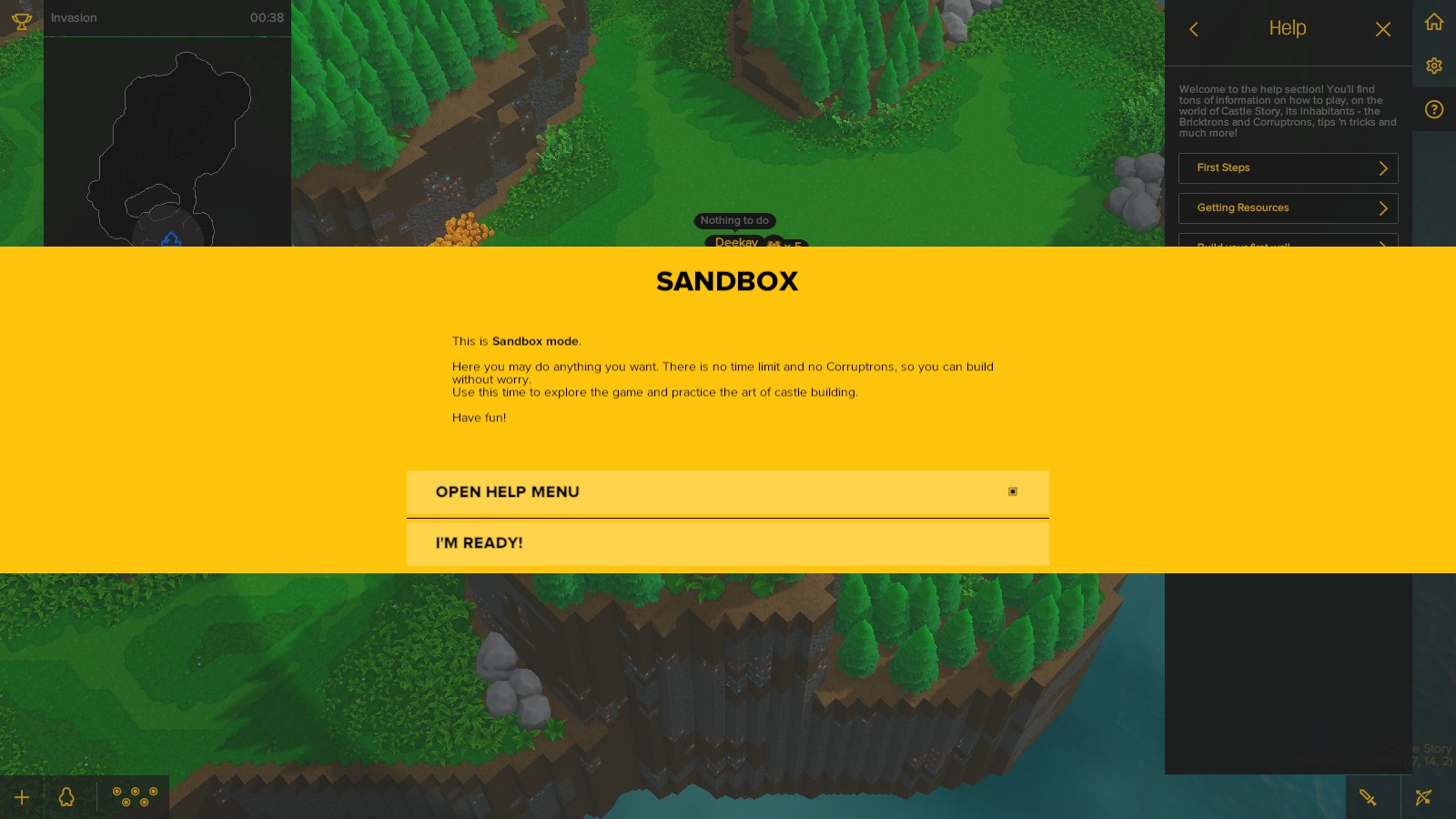 Notice how clearly it tells me it's Sandbox mode, but in the top left corner above the minimap, it actually is Invasion mode.

I go further in, it tells me about making Planks by going to the "Build task", which is actually labelled "Construction Tasks" in the UI, their tutorial doesn't even match up their naming conventions correctly. A minor point, but as a new player, it's frustrating when things don't match up.

The UI can also leave the screen, see here: 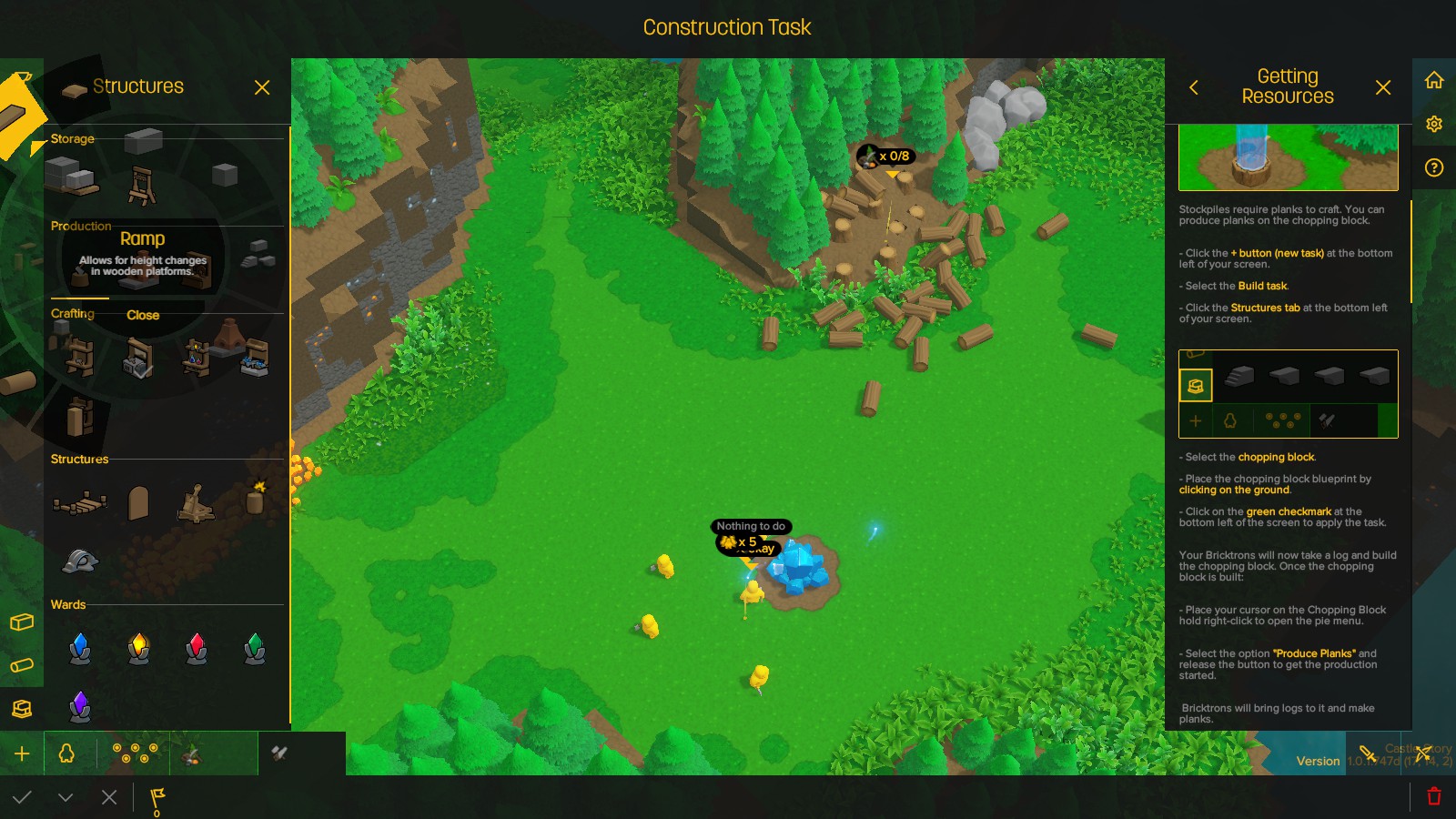 Look at the pie menu on the left, a bunch of it is missing off-screen. All these issues, plus the major issues noted in the below section, before I've even gotten to any of the real gameplay. Not looking good so far.

The interface seems messy, overly complicated with pie menus inside pie menus and it certainly wasn't easy to learn even the basics. It doesn't help that the introduction text is, well, crap. It doesn't explain things properly at all. Take something as basic as chopping wood. It tells you to place down a "Chopping block", then right click on it and select "Produce planks" (why do I need to do this, what else are they going to do with a log on a chopping block?). The help text tells you this will continually produce planks, but it doesn't tell you that only happens when you need them, leading to confusion when first doing it on why no one is making any damned planks.

The problem is that I love the idea of the game and the little yellow people are cute, but it's so badly executed. For new players the experience is downright terrible. There's so many things wrong with it at this current time, it's almost laughable really.

The AI is pretty terrible too. I've had them sit around doing nothing, when they very clearly should be doing my bidding. I've had them get stuck in stockpiles because others have boxed them in, stuck in a quarry as another minion mined around them and boxed them in and the list just goes on and on. Even when they’re standing right next to some sort of stone golem, whose attacking our main crystal (if it’s destroyed, you lose), they just stand there letting them have their way with it. Sometimes they might attack, sometimes they will completely ignore a threat, leading you to micro-manage them because they only have half a brain.

When it comes to performance, the game seems to stop and stutter for a moment quite often. It's damn annoying, it interrupts the gameplay and they need to find the cause of it. I've looked around and this has been a problem for years, oh dear.

The game has that infamous Unity engine fullscreen bug. You won't get an input while in fullscreen, so you have to play it in windowed mode. I've told the developer about it, so they are aware they need a Unity upgrade to fix it.

Also, the launcher is a buggy mess too, here's what happens when moving my mouse around the launcher: 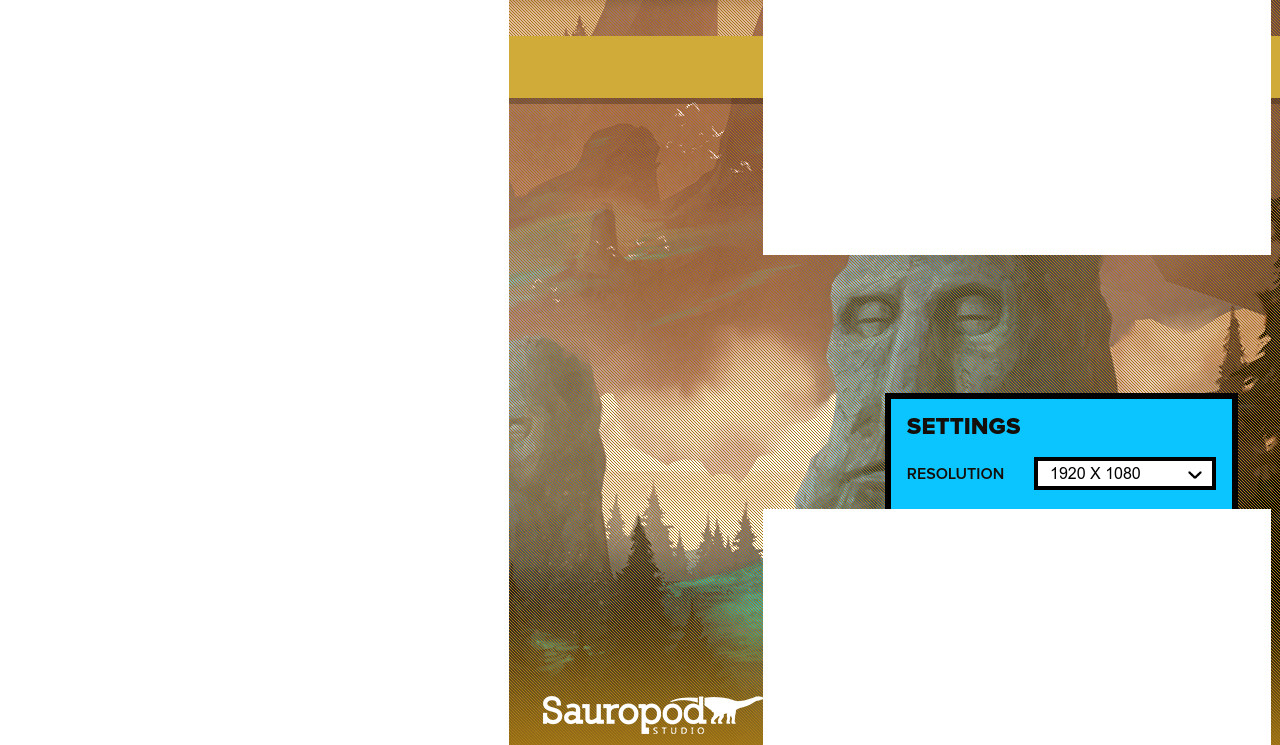 See those white boxes covering almost everything? They appear after a few seconds and sometimes they turn black ,which isn't a good first impression. They were told about this bug back in June too.

It suffers from many issues, some of which seem like they've come from either a lack of actual testing or just pushing out a game far too early (even after five years). It seems their UI was designed by someone who loves complicated things and it's a mess.

For a game that's now "released" it has far too many glaring issues staring at me. I don't often leave a game feeling as frustrated as I did here. If you can see past the rather big issues and you like your build and survive games, this might be for you. I would consider waiting for a good few more patches yet though.

There's hints of a good game here somewhere, but it's utterly buried under so many stupid problems.

Article taken from GamingOnLinux.com.
Tags: Indie Game, Review, Sandbox, Steam, Strategy, Unity
8 Likes, Who?
We do often include affiliate links to earn us some pennies. We are currently affiliated with GOG, Humble Store and Paradox Interactive. See more here.
About the author - Liam Dawe

View PC info
Not everyone is a born game dev, it seems ;)
0 Likes

View PC info
I thoroughly enjoyed that article but maybe because it's funny to see Liam suffer :D :P
7 Likes, Who?

View PC info
thanks for this review, I've been on the fence about this game. I'll wait and see if any of these issues get worked out before deciding to get it. good idea, but poor execution it seems.
3 Likes, Who?

View PC info
Sounds like they completely skipped the QA period.
1 Likes, Who?

Nor Mantis 5 Sep, 2017
View PC info
This is the only game I have ever refunded. This was last month, it didn't run on arch at all. There is a bug report on their tracker but since arch is not officially supported they said we were out of luck. So I refunded it.
0 Likes

Quoting: Nor MantisThis is the only game I have ever refunded. This was last month, it didn't run on arch at all.

That's usually more of an Arch problem, really.
I mean, what lucky game DOES run there...
It is a very bad idea to run Arch and expect stuff to actually work there.
0 Likes

Quoting: Nor MantisThis is the only game I have ever refunded. This was last month, it didn't run on arch at all.

That's usually more of an Arch problem, really.
I mean, what lucky game DOES run there...
It is a very bad idea to run Arch and expect stuff to actually work there.

You are right about it being an Arch thing in this case. I have 84 games in my steam list all run fine on Arch. I will continue to use Arch for gaming, 1 out of 84 ratio for me is OK. If you haven't tried it you should, Arch FTW!
0 Likes
While you're here, please consider supporting GamingOnLinux on: