Some thoughts on Pawarumi, a stylish and action-packed shoot ‘em up

This eye-catching shoot ‘em up mixes constant action with Mesoamerican motifs and a story about revenge. I stuck with it despite dying a large amount of times and have some thoughts to share about the game. 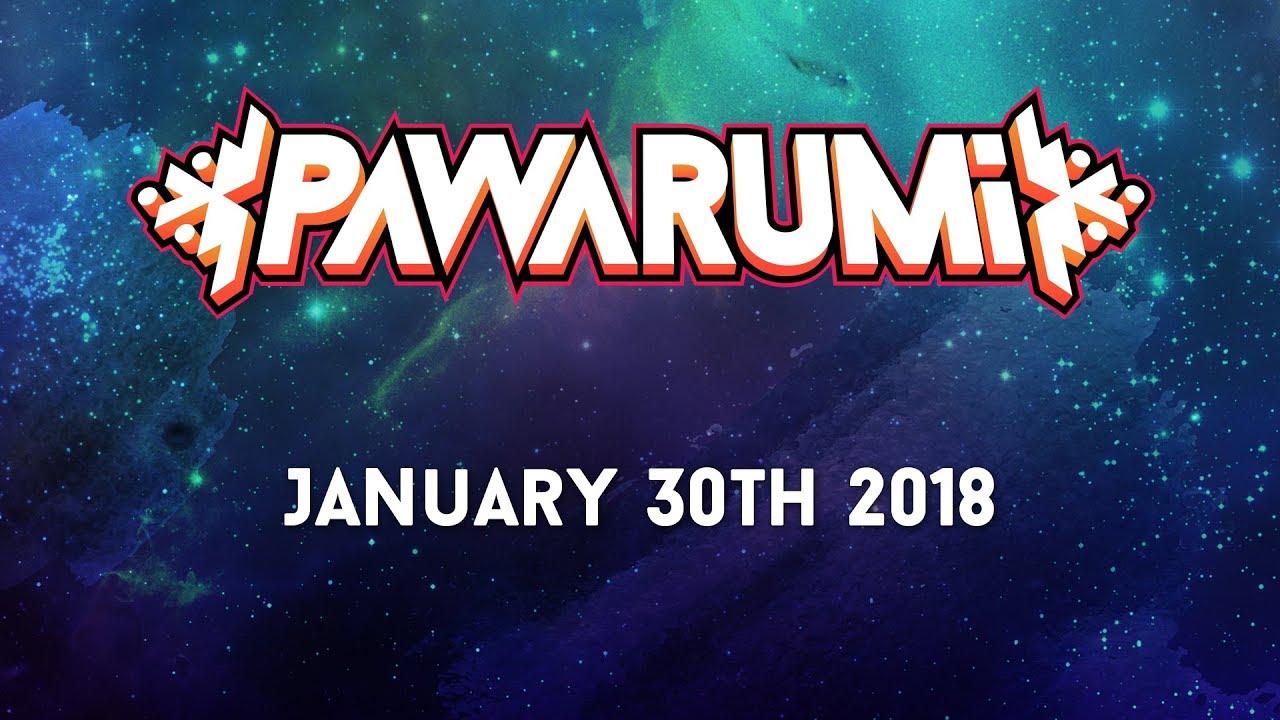 As you might expect, Pawarumi [Official Site] plays like your standard shump for the most part. That is to say, you’ll face a vast number of enemies as you scroll through stages and it’s up to you to dodge their fire while destroying as much as you can. There is a twist to the formula in the form of color-coded enemies and attacks. You can freely alternate between red, green and blue types of shots and these work in a rock-paper-scissors type manner when it comes to damaging enemies. Additionally, recharging shields depends on hitting foes with the same color shot as they are and powering up your bomb is done by hitting an enemy with the color they are resistant to.

It’s not the worst system in the world but I feel it fails to equal the simplicity of something like Ikaruga. Even after playing for a few hours, it never felt second nature to me to change colors on the fly to maximize damage. The shots themselves change characteristics depending on the color which muddles some of the decision-making process. So if the screen is swarmed with enemies, it doesn’t always make sense to switch to the limited-range red missiles. Even if a lot of the enemies are weak to red, it might be better to use the penetrating blue laser to damage multiple waves at once. It’s a system that’s slightly too clever for it’s own good and shows cracks during the more frantic segments of gameplay.

That said, I really, enjoyed the designs for enemies and the player’s own craft. They manage to be unique and easy to tell apart what type an enemy is at a glance. They all clearly are marked with their color so if you’re better than me at remembering what defeats what, you can quickly switch attacks accordingly. Bosses are likewise color-coded and usually have different segments that are affected by powers differently. These are exciting engagements that do a good job of pushing player’s to play well in order to survive without being too unfair.

While the difficulty curve of the game feels mostly right and depends on the setting chosen at the beginning of each run, there are still parts that can feel a little uneven in challenge. After thinking about what made those parts unexpectedly difficulty, I came to the conclusion that a big portion of it is due to the aspect ratio of the action. The widescreen format isn’t really suited for top-down scrolling games as there’s less time to react when either bullets or enemies fill the screen. There are places in some stages where there’s a lot going on in the background, including displaying enemy craft, which can make it confusing when enemies appear on the actual plane of action. It’s often not that important to have the extra amount of lateral space to move to as attacks tend to spread themselves out, anyhow.

Pawarumi also doesn’t employ the common feature of having terrain obstacles that you must navigate around for the most part either. That’s fine with me, a lot of great shumps don’t have that either, but I think it’s a recognition of the fact that it would be too unwieldy to implement given the vertical screen real estate. I know it may sound like I’m being too harsh on this fundamental design decision but I think that the enjoyment you’ll get out of this game heavily depends if you’re okay with the compromise made here: it’s a full screen with plenty of pretty action at the cost of it sometimes being unclear what is going on. Bullet hell type games usually fill the screen with projectiles but even then you can usually tell what you’re doing because there is enough contrast between bullets, stage background and player craft. This isn't always the case here and if you're serious about high scores and challenge, it might frustrate you.

Still, all in all, I had a great deal of fun with this one. It’s not easy to find good shoot ‘em ups on Linux, especially ones with such an interesting art direction. The music and sound design is also appropriate for what it’s trying to do. The story, while basic in execution, features a strange ensemble of characters and a futuristic setting that I found interesting despite the brevity of the exposition. It’s easy to recommend Pawarumi to people looking for a solid action game that runs well on Linux. I think some of the dogged veterans of the more hardcore shumps might find issues with some of the execution of the ideas, but it’s still a fun experience.

You can get Pawarumi on Steam.

Article taken from GamingOnLinux.com.
Tags: Action, Review, Shoot 'em up, Steam
6 Likes, Who?
We do often include affiliate links to earn us some pennies. We are currently affiliated with GOG, Humble Store and Paradox Interactive. See more information here.
About the author - BTRE

Oh and the name doesn't mean anything but coincidentally could be pronounced as "Buttery" which suits me just fine.
See more from me
The comments on this article are closed.
2 comments

View PC info
Not easy to find good shoot'm'ups on linux? Then you haven't been looking!
skyforce (both versions) is excellent, sterreden is frustratingly good, syder arcade is short but nice, etc.
0 Likes

dirkdierickxNot easy to find good shoot'm'ups on linux? Then you haven't been looking!
skyforce (both versions) is excellent, sterreden is frustratingly good, syder arcade is short but nice, etc.

Skyforce was alright but I was underwhelmed by the upgrade system, syder was likewise ok and I haven't gotten around to buying steredenn (been on my wishlist for a while). The greater point is that it's something of a niche genre, doubly so on Linux. I can think of maybe about 8-10 shumps that have ports. The steam store is unhelpful as there's no way to just filter top-down or side-scrolling shoot 'em ups but I don't think I've seen many more. Certainly not ones that look fun. I'd love to be proven wrong if you have more recommendations though