Space station sim 'The Spatials: Galactology' has a huge update with planetary bases

I was quite impressed with The Spatials: Galactology [Steam] when I tried this Early Access space station sim in August of last year. It's had a lot of new stuff since then too. 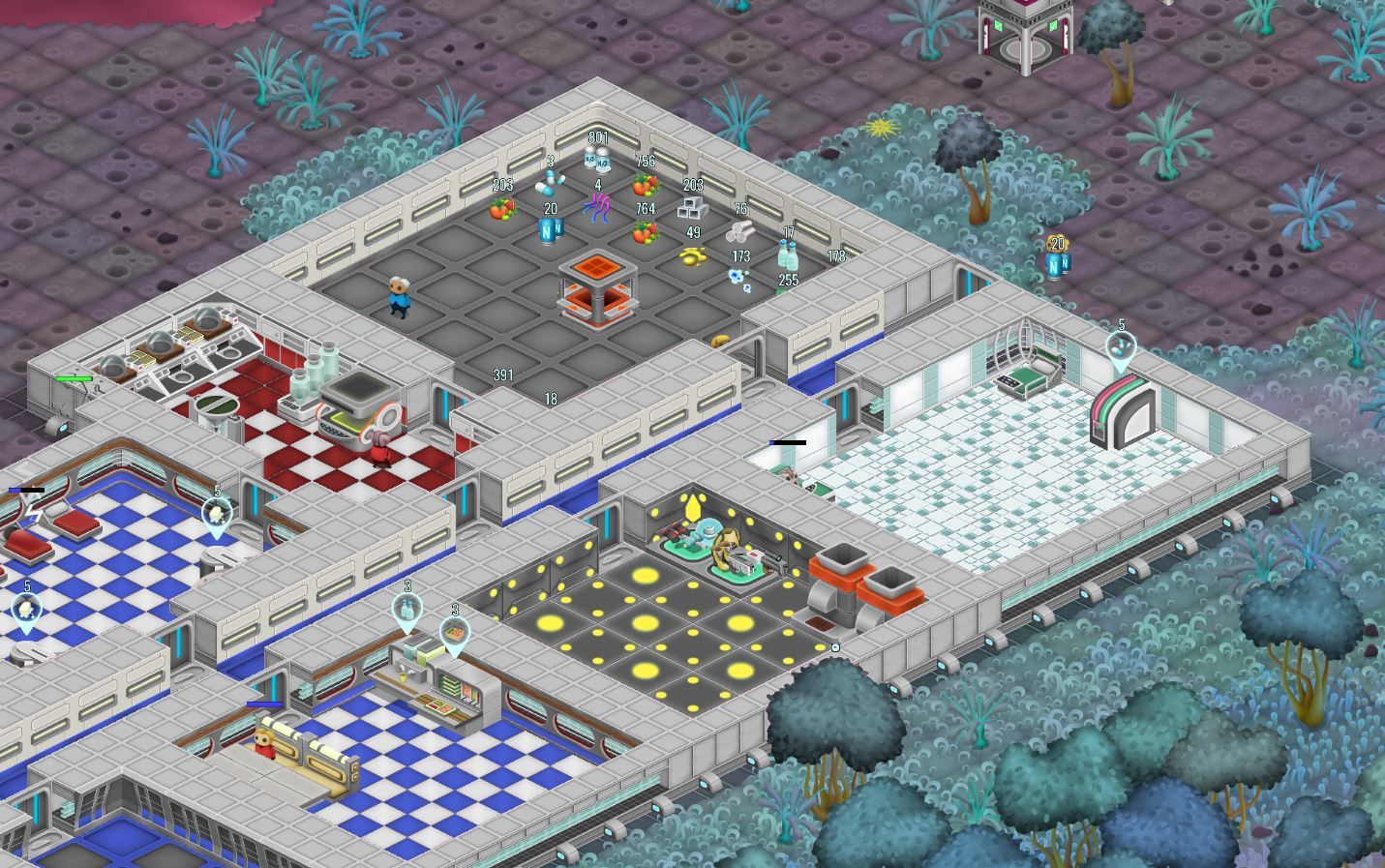 The latest of updates is a big one, huge in fact. It adds in an entirely new building system which allows for construction on planets. This new improvement also brings in another new feature, buildable walls. This changes how you build rooms, the walls are even destructible.

Walls are important of course, to keep a proper breathable atmosphere. They've introduced a new mechanic as a result of this new building system, which will expose your space station to the harsh outside environments and damage stuff inside your base.

It also introduces multiple selection by clicking and dragging, with RTS-style grouping support. So you can set a group to pressing numbers 1-6. Combat has also changed a bit, with you being able to click and drag around a group of enemies to attack them all, instead of individually.

A much requested feature, was the ability to actually repair ruined objects. They've also finally added that in! The developer doesn't sound too happy though, claiming it "goes against the spirit of a building sim". I fully disagree, repairing buildings and objects has been a feature of building games for many years.

There's tons more to enjoy in this update. The Spatials: Galactology really is becoming a fully featured sci-fi building sim and that's awesome. See the full details on the update here.

Anyone playing it, what are your thoughts on it?

Article taken from GamingOnLinux.com.
Tags: Early Access, Indie Game, Simulation, Steam, Strategy
4 Likes, Who?
We do often include affiliate links to earn us some pennies. We are currently affiliated with GOG, Humble Store and Paradox Interactive. See more information here.
About the author - Liam Dawe

I enjoyed the original Spatials, and this one is shaping up to be everything that one needed to be for true greatness.
0 Likes

View PC info
I think it was a bad game a few months ago, but I also think it will be great when it is ready. This update looks like a huge step in the right direction so will probably try it when I have time.
0 Likes
ison111 13 September 2017 at 12:36 am UTC

View PC info
Been waiting to try it again since it had a few bugs in the past. This seems like a good time to try jumping back in.
0 Likes