Between the Stars, a recent Early Access space action game that looks awesome is coming to Linux, although not any time soon it seems.

Between the Stars is a space action game with RPG growth and real time combat that places you at the helm of an interstellar cruiser. Your mission will be to protect the civilized world from the Children of the Sun, a faction that dominates border planets in the known universe. In order to undertake your mission you must cross the galaxy, face new challenges at each warp jump, and make difficult decisions that affect your ship, crew and the world that surrounds you while upgrading your ship's equipment and fighting in battles to survive.

Funded thanks to people on Kickstarter last year, Isolated Games made it clear that Linux was going to be supported. Although, they never did give a clear answer as to when that would be. They simply said they would work on the Linux version "As soon as we can".

I spoke with the developer now it's out in Early Access to see what their current plan is for Linux support, they told me over email "We plan on having linux support in towards the end of the game's development cycle." so we're in for a wait. I just hope they don't come across any major issues, leaving a port until the last minute has caused issues for other developers who haven't properly planned or even checked if middleware they use actually supports Linux.

You can wishlist/follow it on Steam. At least until then we have titles like EVERSPACE and X4: Foundations to keep us going. For a look at Between the Stars, their trailer is below: 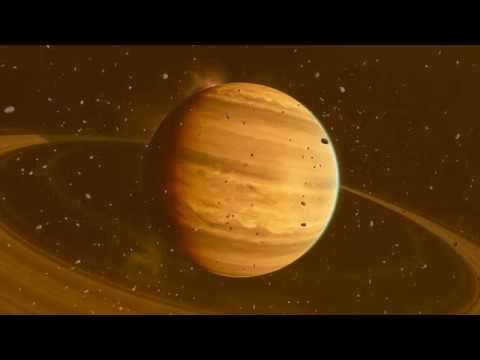 View PC info
this is something i've waiting for... :)
0 Likes

View PC info
If I'm remembering, they did a demo that seemed to work on Proton...
0 Likes
Purple Library Guy 30 May, 2019
Thinking of waiting for space games, just yesterday I was looking at space games on Steam and I saw a page for something called "Lord of Rigel" which isn't out yet but is listing Linux as a platform for when it does. Seems to be a space 4X where you're a new young race in a galaxy dominated by opposing factions of elder races, kind of a Babylon 5 vibe. It says it will release in 2019, but I get the impression their schedule may already have seen some slippage so who knows.
Anyone know anything about this thing?

Oh, really, you really can't complain about that too much now, as there are currently a good number of titles that allow you do full Newtonian flight, although many of these need to be played through Proton...
0 Likes
Purple Library Guy 31 May, 2019

Among those that don't, seems worth mentioning Helium Rain.
0 Likes

Just kidding (I don't wear glasses), though I do find it interesting that we flock to absolutistic corners when it comes to futuristic or space themes where we as a space-faring species really have not advanced all that dramatically, technologically speaking, since the late 1960's. Only recently have scientists in the field of quantum mechanics theorized that there are probably more types of particles out there, and some that may have properties that, when channeled, "spun" or manipulated correctly could, let us create resistance or "drag" on the very fabric of space itself. We have already proven that photons (i.e. light) and certain types of radiation cause drag on objects (in space or not), albeit in very small amounts.

Kind of makes you think what Gene Roddenberry was smoking to come up with the idea of "inertial dampeners" way back in the day.

So I guess if they came up with some kind of feasible explanation for it, it might make it easier for some to suspend disbelief and get into the game.
0 Likes

Among those that don't, seems worth mentioning Helium Rain.

Absolutely Helium Rain. And don't forget X4. Astro Kill is another native title where you can turn off flight assist.

Proton playable games I can think of where you can go partly or fully Newtonian: