Space Haven from the 3-man Finnish indie team Bugbyte ticks all the right boxes, it's a spaceship colony sim designed by and for fans of RimWorld.

Bugbyte's previous games, Battlevoid: Harbinger and Battlevoid: Sector Siege are both available on Linux and they will be continuing to support Linux with Space Haven as it's listed clearly on the Kickstarter page.

You don't have to take that at face value either, as they provided me with an early build which works well already on Ubuntu 18.10. Here's a little shot of the early game: 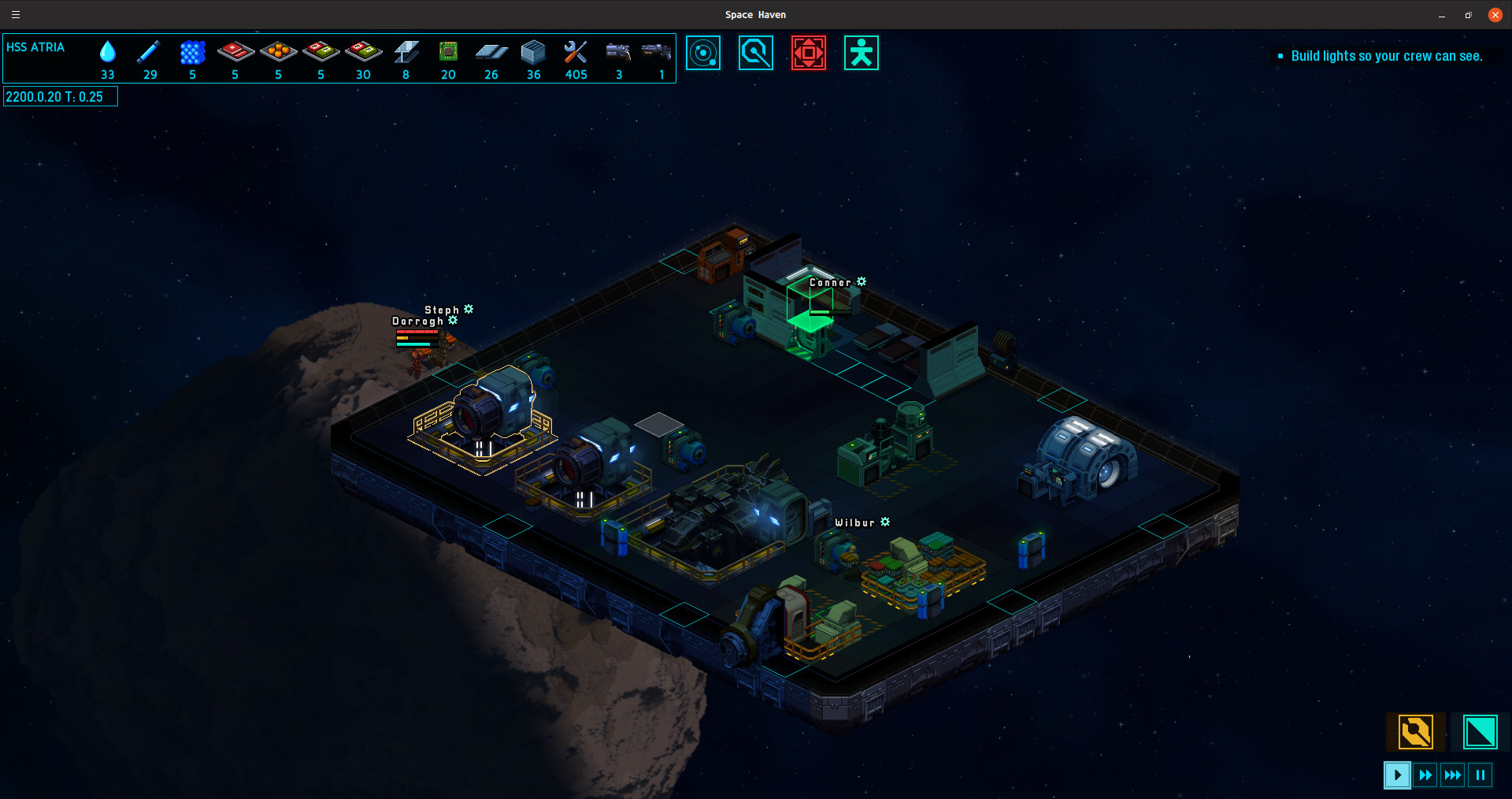 What I like about Space Haven, is that in its current state it already feels quite polished. It has a nice graphical style, the interface is already pretty clear and the gameplay does seem to work quite well even in the early stages.

Embark on a space voyage with your ragtag crew of civilians in search of a new home. Build spaceships tile by tile, create optimal gas conditions, manage the needs and moods of their crew, encounter other space-faring groups, and explore the universe in this spaceship colony sim for Windows, Mac, Linux.

Space Haven combines the emergent story telling components of RimWorld with a tile-based gas-simulation system seen in Oxygen Not Included.

Their Kickstarter campaign is running until March 31st, with them hoping to get at least $40K in funding from users. I really hope this one gets funded, while we also have Starmancer coming the feel of it is very different.

They also have a Steam page up and ready for you to wishlist and follow.

View PC info
So looking forward to that. More so since Meeple Station is still very rough in the edges.
0 Likes

View PC info
I'm glad you mentioned Starmancer because this looks pretty darn similar and I've already been looking forward to that one. Perhaps this one plays differently. I'll have to take your word for it for now.
0 Likes

Quoting: GuestWill wait and see. But looking good. And also keeping an eye on Starmancer.
Not going to help fund things anymore. Still a bit mad at Spacebase DF9.

One reason to be optimistic here: Bugbyte did a great job with Battlevoid - simple but fun.
Space Haven looks a little more complex, so I'm hoping they can keep the fun factor.
1 Likes, Who?
SirDeiu 7 Mar, 2019
Just pledged Alpha, kickstarter is very succesfull, they've raised ~90K and have doubled their goal so far.
0 Likes
While you're here, please consider supporting GamingOnLinux on: