By BTRE - 5 February 2015 at 6:36 pm UTC | Views: 8,628
The early 90s saw a lot of different game genres appear and mature. Games like Wolfenstein, Dune II, Civilization and Ultima Underworld made important contributions to gaming in general. Now, under a new studio, industry veterans responsible for Ultima Underworld have launched a Kickstarter campaign for a spiritual successor titled Underworld Ascendant. 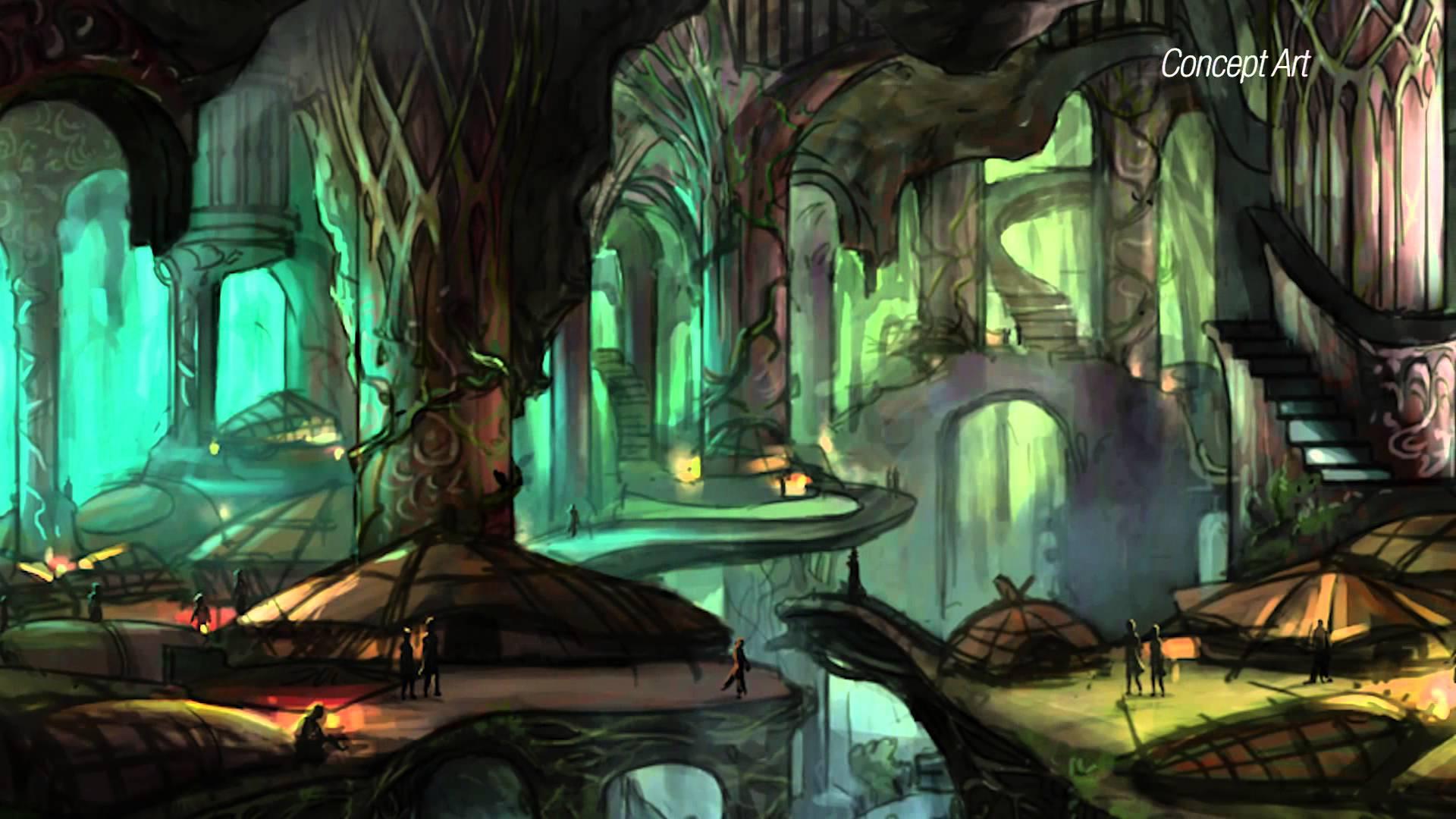 The original Ultima Underworld was revolutionary for its time. It combined a first person perspective, real time combat and a vast 3D world to explore. It's been cited as a massive influence for many games that followed such as Deus Ex, Bioshock and even non-RPGs such as Tomb Raider. It broke with convention that made previous RPGs reliant as either text or an isometric view as the primary way to interact with the world.

The team behind Underworld Ascendant includes people who were responsible for games such as System Shock and Thief. The team has shown off their main vision, emphasizing their underground setting and hope to rekindle that sense of exploration and good storytelling found in their previous games. It promises a strong player-driven narrative combined with plenty of class and ability customization making each playthrough special.

They don't have much besides concept art and the basics to show off right now but I can already see some of the same love in the details that made the spiritual predecessors so great. What has me the most intrigued is the so-called "Improvisation Engine" which allows for multiple solutions in-game to problems that a player encounter. It seems to encourage creative thinking to resolve situations, which is the kind of stuff that old school RPGs were best at.

Linux support is currently the first stretch goal along with a new area and items. With the current funding trajectory and remaining time, it's highly likely that the game will reach at least this first extra. The game will use the Unity engine, which has proved a mixed bag on Linux, but has been used to good effect on other Kickstarter titles like Wasteland 2.

I personally will probably eventually back this project if only because of how much fun I had with the original two Ultima Underworld games. However, as with all Kickstarter projects, there is a possibility that the Linux version may come out much later than the Windows version so caution is advised about backing it.

I know a lot of the GOL community are RPG nerds so I imagine I'm not the only one that's excited. I'm interested to hear what others make of this project. Article taken from GamingOnLinux.com.
Tags: Crowdfunding, RPG
0 Likes
Share

Oh and the name doesn't mean anything but coincidentally could be pronounced as "Buttery" which suits me just fine.
See more from me
Some you may have missed, popular articles from the last month:
The comments on this article are closed.
13 comments
Page: 1/2»

Kristian 5 Feb, 2015
View PC info
Usually "spiritual successor" is used about unlicensed works, but in this case they have licensed everything but the Ultima" name from EA.
1 Likes, Who?

View PC info
I wish they wouldn't make linux ports a stretch goal. I'm not going to give you a red cent for a game I couldn't play. So either tell me I'll get to play it, or don't expect anything from me. I mean, all it does it make me wait until the linux port is reached before I'm willing to fund anything. Especially since its Unity, its not a hard port. You want my money then just commit to it from the get go.
5 Likes, Who?

View PC info
Looks exciting, but I'm cautious in cases when Linux is declared as a stretch goal. If it won't be reached you'll lose the money and won't get the Linux version.
0 Likes
telemachuszero 6 Feb, 2015

Quoting: ShmerlLooks exciting, but I'm cautious in cases when Linux is declared as a stretch goal. If it won't be reached you'll lose the money and won't get the Linux version.

Cancelling pledges is discouraged by Kickstarter, but it is possible to do so if it looks like the Linux stretch goal won't be reached. https://www.kickstarter.com/help/faq/backer+questions#faq_41769
0 Likes

Quoting: salsadoomI wish they wouldn't make linux ports a stretch goal. I'm not going to give you a red cent for a game I couldn't play. So either tell me I'll get to play it, or don't expect anything from me. I mean, all it does it make me wait until the linux port is reached before I'm willing to fund anything. Especially since its Unity, its not a hard port. You want my money then just commit to it from the get go.

I wish they wouldn't make Linux a stretch goal either but I think you overestimate how easy Unity is. A lot of devs end up with a lot more trouble than they anticipated because they think that Unity will do all the work. This is why we get a lot of delayed releases on Unity games.

At any rate, you're not giving money to them when you pledge. It's the promise of money. Kickstarter only charges you if and when the campaign is successful (in this case 28 more days to go). I ended up backing the project in a moment of weakness but will definitely withdraw my pledge if it doesn't meet its stretch goal for Linux support. I only hope that the Linux port, if it comes, isn't delayed for months on end as has happened with other kickstarters.

Quoting: KristianUsually "spiritual successor" is used about unlicensed works, but in this case they have licensed everything but the Ultima" name from EA.

It's cool that EA is allowing this to happen. Maybe they are tired of being evil? ;)
0 Likes

Bumadar 6 Feb, 2015
I do understand they put linux as a stretch goal, it requires more testing and probably some unknown issues for them, I can live with that.

I would back it in a heartbeat as UO 1+2 where big favourites of mine... the only reason I am NOT backing it is because there is no time table for the Linux version and reaching the linux stretch goal like others did does not mean we get anything in a timely fashion:

sorry but that irritates me to no end
0 Likes

View PC info
Yeah you're right @Bumadar, it's not the fact that it's a stretch goal that is inherently the problem, it's the fact that so many games, especially Kickstarter ones, neglect their Linux port once they have released their Windows version...


Also, I'm also somewhat disappointed by Unity visually. It's not an engine that can handle high quality rendering in a performative way. Look at Shroud of the Avatar....its graphics look pretty dated to me. I think one of the better Unity games visually is Interstellar Marines, but they get away with it because they've embraced a certain minimalism in their aesthetic. Look at those baroque concept art pictures of UA, there's noooooo way Unity could get even close to replicating that look. Unreal Engine on the other hand....
0 Likes

Segata Sanshiro 6 Feb, 2015
View PC info
Seems like the logical thing to do would be to wait until the last 48 hours and see if it's close to the stretch goal or has already made it. I've put a reminder on it and I'll decide whether to back or not then.

On a side note, every time I see quite big (in indie terms) projects like this on Kickstarter that aim to make a full multi-platform game for $700,000 (in this case) or whatever the amount is in other cases, it makes me wonder how Double Fine released half a (far more simple) game for $3,300,000.
0 Likes

I thought that was Arx fatalis.
0 Likes
1/2»
While you're here, please consider supporting GamingOnLinux on: