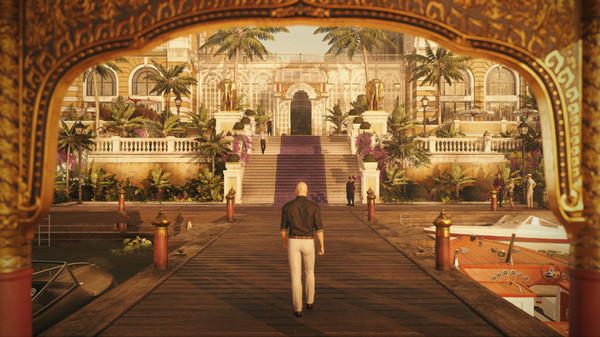 In a move that might prove frustrating for fans of HITMAN, Square Enix are selling the developer Io-Interactive.

I actually love the new HITMAN game, it ticks a lot of boxes for me. It looks good, has plenty of content and the elusive targets are also fun to do.

You can see this document that was released, which confirms this. Here's a cut of the file if you can't access it:


QuoteTo maximize player satisfaction as well as market potential going forward, we are focusing our resources and energies on key franchises and studios. As a result, the Company has regrettably decided to withdraw from the business of IO INTERACTIVE A/S, a wholly‐owned subsidiary and a Danish corporation, as of March 31, 2017. This decision has resulted in booking of the extraordinary loss amounting to 4,898 million yen, including disposition of the content production account related to the business and impairment loss of intangible assets, in the financial results for the fiscal year ended March 31, 2017.

As a result of this the Company started discussions with potential new investors and is currently in negotiations to secure this investment. Whilst there can be no guarantees that the negotiations will be concluded successfully, they are being explored since this is in the best interests of our shareholders, the studio and the industry as a whole.

Hopefully any new deal worked out will keep Io-Interactive going and allow Feral to continue porting their titles. Io-Interactive have yet to release any statement on it, likely as Square Enix have told them not to for now. Worrying for fans of the franchise. Hopefully it will all work out and hopefully Season 2 will still come. Article taken from GamingOnLinux.com.
Tags: Editorial | Apps: HITMAN
5 Likes
Share

View PC info
It's sad, I really love the latest HITMAN game. Hopefully a not completely awful publisher buys IO Interactive. I'll take just about anyone not named Activision, EA, Ubisoft, or Bethesda, though ideally I think the best fit for them would be THQ Nordic.

This does raise the question as to who owns the HITMAN IP? It's usually the publisher, though IO Interactive have developed every single game in the series, to the best of my knowledge. Hopefully when Squeenix sell IO Interactive they sell the IP along with them.
1 Likes, Who?

View PC info
First thing I thought when I read that news was that this might mean the end for Linux support for season 2.
0 Likes

Quoting: EhvisFirst thing I thought when I read that news was that this might mean the end for Linux support for season 2.

Worse yet, this might mean the end of season 2 altogether.
0 Likes
PublicNuisance 14 May, 2017

View PC info
Best case both parties continue to want to support Linux. We won't know for a while.
0 Likes
Whitewolfe80 14 May, 2017

View PC info
They have a history of this they bought Eidos Interactive Ltd and then turned round and sold off the Rocksteady brand to WB. Io Interactive is one of the last old Eidos studios. Square own the IP rights to Hitman and long as it is Square that are supporting Linux and not Io then it should not effect future ports.
0 Likes

View PC info
Selling the studio doesn't mean they are selling the Hitman IP, no?
0 Likes
Whitewolfe80 15 May, 2017

Yes, that's possible. But most of the time the games made by a new studio are worse then the original one. If you really want to keep a franchise alive you're better of fixing your current developer studios. I could imagine they just drop it.
0 Likes
Whitewolfe80 17 May, 2017

Yes, that's possible. But most of the time the games made by a new studio are worse then the original one. If you really want to keep a franchise alive you're better of fixing your current developer studios. I could imagine they just drop it.

Maybe but what else do they have, i know FF is crazy popular i have never seen the appeal but i get its popular.
0 Likes
1/2»
While you're here, please consider supporting GamingOnLinux on: