SquareCells, a new puzzle game from the developer of Hexcells, has been released on Steam

By flesk - 10 December 2015 at 8:04 pm UTC | Views: 8,185
Developer Matthew Brown's new game is similar in style to his popular Hexcells trilogy, seems like another great buy for fans of Japanese style logic puzzles, and is available now on Steam. 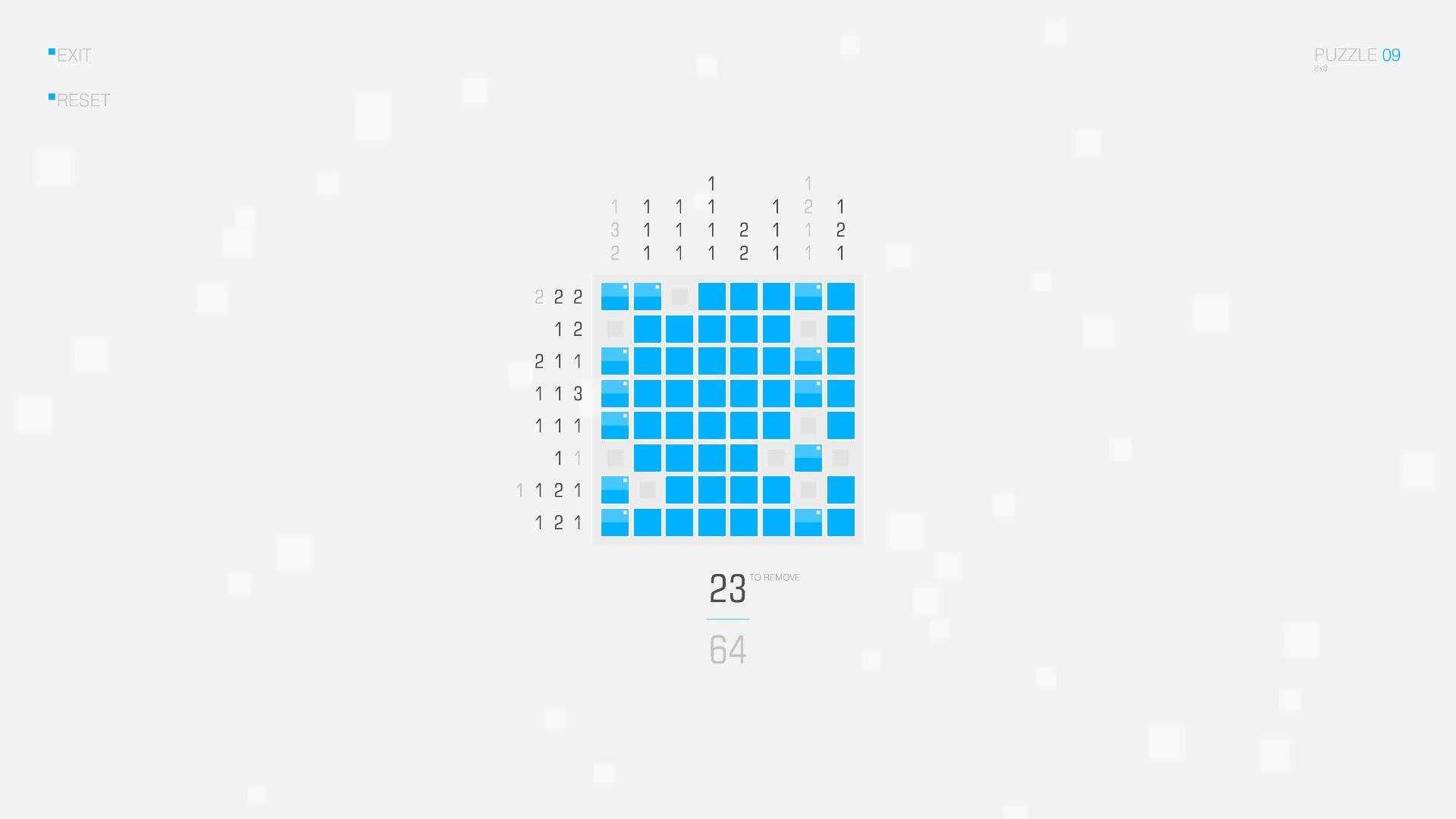 YouTube videos require cookies, you must accept their cookies to view. View cookie preferences.
Accept Cookies & Show   Direct Link
SquareCells starts out as a nonogram puzzle, where you have groups of numbers along the top and left side indicating groups of consecutive marked cells in the columns and rows next to them. It's up to the player to deduce where these marked cells might be, using the available information, and unlike games like Minesweeper, guesswork is never needed. Each puzzle has a counter displaying how many cells to remove, and though you don't always need this information to solve a puzzle, you should keep it in mind for when you do.

This isn't just another nonogram though, and the complexity is quickly taken up a notch when a new puzzle element resembling kuromasu is introduced into the game. These clues consist of numbers on the puzzle grid itself, denoting how many cells to connect with marks by branching off in horizontal and vertical directions. Diagonals do not touch, but any surplus cells have to be removed to not exceed the indicated number. This while still abiding by the nonogram clues, which will now be absent from several rows and columns to leave you with just enough information to solve the puzzles.

The final puzzle mechanic is an old acquaintance from the Hexcells games; namely the bracket enclosed total hint. This is an alternative to the nonogram clues, but unlike those, it only indicates how many cells to mark in a row or column, and says nothing about how marked cells are distributed. Puzzles will now utilize all of these mechanics, making for some really difficult challenges by the time you get through the game. 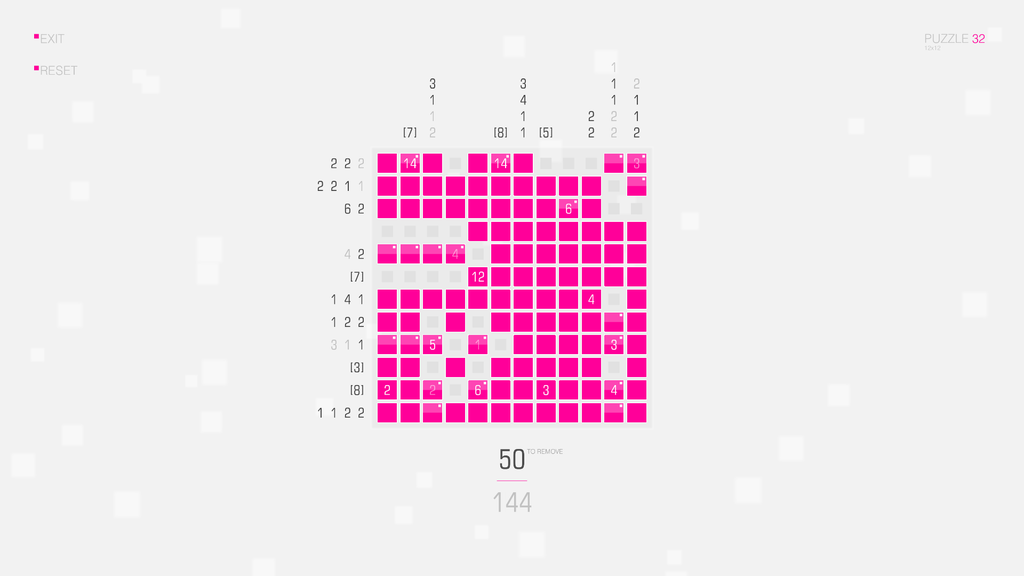 A feature I really like in SquareCells is that you can exit any level and come back to it later. There's no limit to how many levels you can suspend either, so if you have to go do something else or want to tackle a few other puzzles in the meantime, you can.

The Linux version isn't without issues though, and the game would initially crash on launch. That problem has been resolved, but many Linux users are still unable to unlock Steam achievements. This isn't the first Unity 5 game to have Linux specific issues, but hopefully these quirks will get ironed out soon.

It took me about 5 hours to get through the whole game, and considering the low price of the game and the high quality of the puzzles, that's a great value for money if you like games like this one. I wholeheartedly recommend it, and I hope it turns into another trilogy.

Check out SquareCells on Steam.

View PC info
Disapointing that it seems to be Steam only. I loved the Hexcells series....
1 Likes, Who?

Quoting: PitDisapointing that it seems to be Steam only. I loved the Hexcells series....

Yeah, he has said on Twitter that he only plans to release on Steam this time. :/
0 Likes
While you're here, please consider supporting GamingOnLinux on: