Stack Gun Heroes gives you a gun that can be modded during combat, superpowers and lots of explosions

Stack Gun Heroes from developer Unstackd seems like it could be quite a fun shooter, one that gives you a highly customizable gun.

I'm a complete sucker for first-person shooters and not many of them truly do something interesting, but it seems Stack Gun Heroes actually does. At any point, you're able to quickly modify your weapon by sticking mods on it and it seems like it could be a lot of fun.

Have a look at the newer trailer they put out a few days ago: 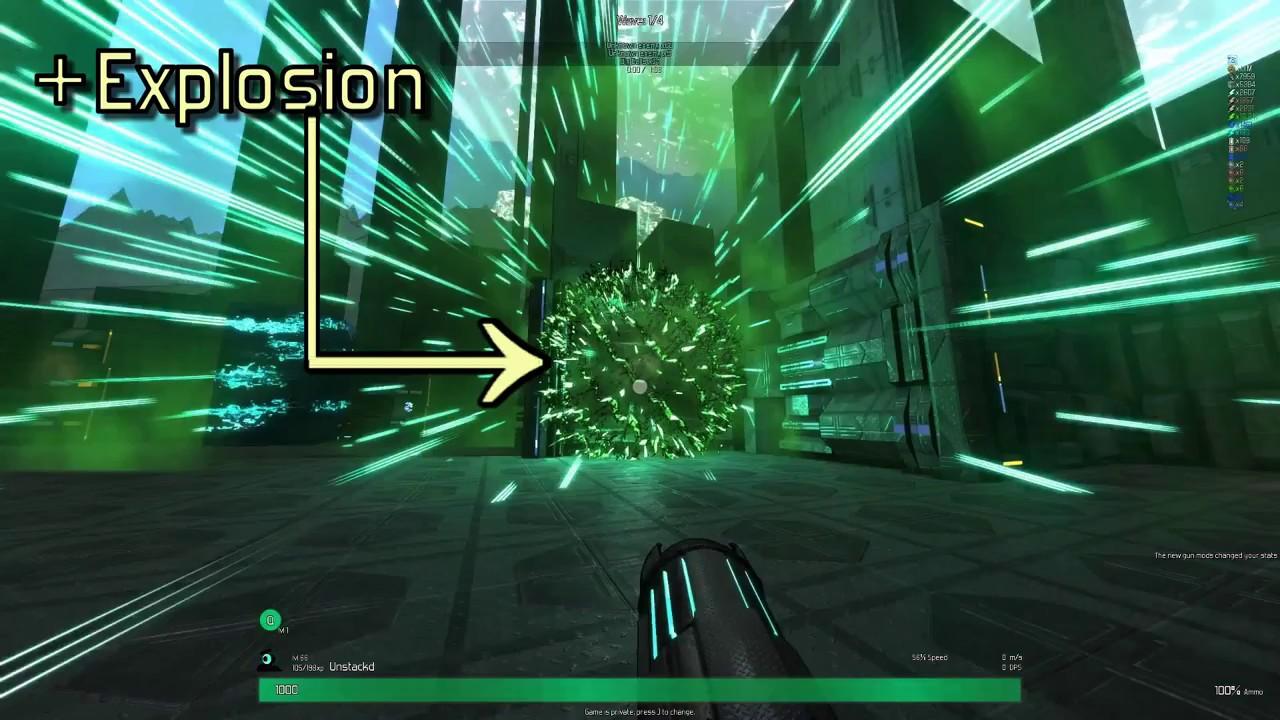 I have to admit, the section where the gun literally sent an enemy flying away like a rocket with a little "aaah!" was so amusing, that I had to watch that part again.

The developer has been working on it since 2012, they said that one person who's been testing it since 2016 has ended up logging 1,600 hours in it—wow and they say it already has tons of content.

It all looks and sounds a little insane, the kind of insane that really speaks to me. A gun that can turn into basically anything, superpowers, varied enemies and lots of ridiculous explosions. This is exactly the type of game that makes me love indie developers, I'm completely sold.

You can follow it on Steam, with no current release date.

Instantly remembered that gun from Borderlands 2 DLC "Assault on Dragon Keep". It didn't shoot guns but the idea is similar (don't want to spoil it for those who didn't play that brilliant DLC).

And wow, man, the FOV is straight from the competitive Q3. Base building is surprising, it's not something you're likely to see in such games, neither it's shown in the trailer. Graphics are pretty basic but gameplay-wise this might be a lot of fun.

View PC info
That little scream is adorable, I want to make lots more of those guys scream like that. ;)
5 Likes, Who?

QuoteOnce we get enough attention, it will finally be time for release.

It's on GOL so I don't think that should apply anymore :P

View PC info
Looks superb. The stacking interface is a bit daunting, so hopefully they'll have some kind of learning curve/tutorial to ease in new players.
3 Likes, Who?

View PC info
omg! =D This sounds like the game I never knew I always wanted. lol. Insta buy from me for sure. :) Also, for the amount of content this game provides, those system requirements are extremely modest. only 2 GB of RAM?? Wow! :O
1 Likes, Who?

View PC info
It looks quite nice, and reminds me a bit of Mothergunship ( apparently just released "sequel" of tower of guns, though I'm not sure if Linux is planned).

View PC info
Very interesting looking, I'll have to keep an eye on this.

Though I got a bit confused at one or two points watching the trailer because it uses some of the exact same sound effects as Creeper World 3, so I heard the sound of a Spore Tower about to launch and momentarily panicked because I hadn't built any Beams yet! :P
1 Likes, Who?
While you're here, please consider supporting GamingOnLinux on: