StarDrive 2, A 4X Strategy Game Released For Linux, Some Thoughts 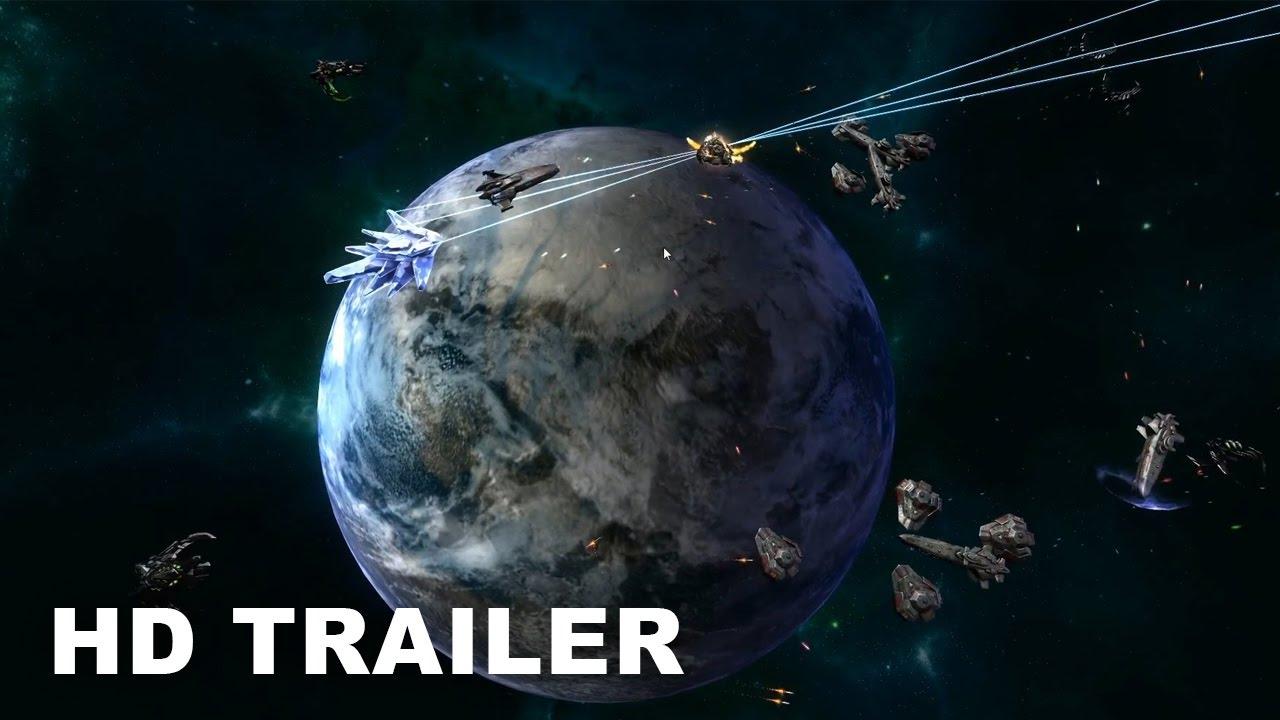 About the game (Official)
StarDrive 2 is an exciting and evolutionary step forward for the StarDrive franchise. In this eagerly anticipated sequel, the core mechanics have evolved to incorporate a turn-based strategic layer, featuring spectacular realtime battles. As the galactic ruler of your race you will lead your people into a procedurally-generated galaxy, exploring and expanding your space empire to greatness. Exploit planets, navigate asteroid belts and overcome deep space dangers while handling interspecies relations to gain the upper hand. Conduct diplomacy and espionage, make alien friends that will deliver thriving trade treaties – or enemies that will seek to exterminate you at all costs. Research new technologies and design powerful warships to defend your claims. Discover the extensive lore of the StarDrive universe by encountering many dozens of anomalies, heroes, and galactic mysteries that will ensure no two games will ever play the same.

My thoughts
I really liked Endless Space which is another 4X game, but sadly it seems it will never come to Linux, and since Master of Orion 1 and 2 are very old I have been keen to play a more modern version on Linux natively. It certainly looks like StarDrive 2 will fill that gap for me.

Oh my god it really does remind me of Master of Orion 2, which is one of my favourite games ever made. The layout of the game seems heavily inspired from it, and for me it was really easy to get accustomed to. The tutorial is very well laid out as well, which gives the game some real bonus points. It’s not a constant reading affair either, as the tutorial is a spoken one and a text one at the same time, excellent.

Everything in this game reminds me of Master of Orion 2, right down to the ship designing, and the news network that pops up to tell you about current events.

It has the usual features you might expect in a 4X game with research, exploration and colonization. All work easily without any confusion, and the different simple interfaces make it all easy to manage.

The game is actually quite beautiful, and performs extremely well for me with everything maxed out. This has actually been one of the smoothest releases this year for me.

The space battles are awesome, and unlike the rest of the game they are played out in real time. It makes it interesting, and you can pause at any moment to re-think your strategy. I was also totally unprepared in my first battle, as a pirate carrier ripped apart my tiny fighters.

StarDrive 2 allows you to intercept enemy fleets during travel, so you can actually keep enemy fleets from reaching your borders and planets. This is really great, and is another point towards why I am enjoying it so much.
Once a battle is finished and you’re sent back to the starmap, you then see the enemy ships blow up on the map which is a really nice touch.

Your citizens are a demand bunch! My people weren't too happy that I hadn't made contact with any other races yet, so they offered me an incentive of 500BC to reach out to a another civilization within 50 turns. That sounds reasonable, but I hope they aren't expecting me to go quietly, I will be sending my entire fleet!
My exploring was hampered by pirates, and an Anomaly in space I wanted to check out. I also lack enough fuel in my ships to explore very far, so I need to work on my designs.

I have barely scratched the surface of this game, and I haven't even touched the turn based ground combat yet.

Here's a very quick video of an early battle:
https://www.youtube.com/watch?v=E_3_3cjhRWA

Final Verdict: Just buy it already. On my first run I sank well over an hour without even realising it, and I plan to spend a lot more!

We do often include affiliate links to earn us some pennies. We are currently affiliated with GOG and Humble Store. See more here.
About the author - Liam Dawe
I am the owner of GamingOnLinux. After discovering Linux back in the days of Mandrake in 2003, I constantly came back to check on the progress of Linux until Ubuntu appeared on the scene and it helped me to really love it. You can reach me easily by emailing GamingOnLinux directly.
See more from me
Some you may have missed, popular articles from the last month:
The comments on this article are closed.
8 comments
Guest 11 Apr, 2015
Agreed, it's very impressive. Although, I don't think ship textures are loading for me in space battles. Didn't notice for quite a while, but when I zoomed in to one of the battles (one of my very fast, very maneuverable fighters was taking out a pirate ship that wasn't able to turn fast enough to get a lock on my ship, so I was just waiting for my ship's tiny lasers to eat through the much larger ship's armor), both ships were mostly black. I don't think it's supposed to look like that.
0 Likes

Noven 12 Apr, 2015
View PC info
I am not sure if I like it yet. I purchased it because I got a nice discount due to owning StarDrive 1, but so far it has not "wow'ed" me. The X-Com-esque ground combat is neat but I wish they would have kept the "real-time" galaxy map instead of having to hold down the spacebar.
0 Likes

emphy 12 Apr, 2015
At the moment deciding between this and Star Rule 2. How do they compare to each other (apart from SR2 being drm-free)?
0 Likes
Huckert 12 Apr, 2015
This game is harsh. The tutorial bloke told me to colonize a neighbouring planet, and afterwards tells me that I need freighters to send food to the new colony. The poor people starved to death before I could build any freighters :(
0 Likes

Liam Dawe 12 Apr, 2015
View PC info
Sadly, the game will no longer launch for me with the latest patch :(

This has been reported to the developer on twitter, and on the Steam forum.
0 Likes

jordicoma 12 Apr, 2015
View PC info
I don't know this game series, but it seems promising. Please update the article when the game is playable again. Hope they solve soon the issue. With the closed steam system (steam games use steam .so), it should be trivial to detect this kind of bugs before releasing the patch.
0 Likes

Liam Dawe 12 Apr, 2015
View PC info
I will update the article when it works again, I'm also planning a post with some more thoughts on it when I am able to play more.
0 Likes

The developer messed up the config files and told people to nuke them, but he meant to just empty the config folder, not delete it. Re-creating the folders made it work again.

It's also a version behind, annoyingly.
0 Likes
While you're here, please consider supporting GamingOnLinux on: