Starship Theory [Steam], a ship building survival game that resembles FTL a little in style is now on Linux, it's currently unsupported as the developer seeks feedback.

See the trailer to give you an idea of what it's like: 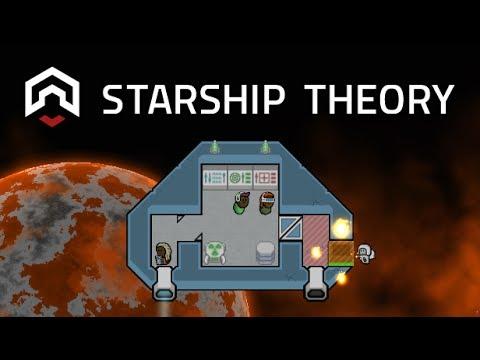 
QuoteHi - if you have been waiting for a Linux build it should be available now. Please remember that Linux is not currently officially supported. Hopefully it works.

I've reached out to the developer for a key, so I can test and report back on it. Looks like exactly the type of game I would love, as I adore FTL.

The title is currently in Early Access so it's not finished, but it looks very promising! Sounds like it's a pretty challenging game, so will be interesting to give it a shot. Article taken from GamingOnLinux.com.
Tags: Early Access, Simulation, Steam, Strategy, Survival
4 Likes, Who?
We do often include affiliate links to earn us some pennies. We are currently affiliated with GOG and Humble Store. See more here.
About the author - Liam Dawe

Ketil 11 Jul, 2017
View PC info
Really nice, I was checking for linux support for this game a few days ago, but as it didn't have linux symbol on steam I didn't investigate more. I will wait for either a sale or official linux support though.
0 Likes

View PC info
Been following this one, so seems like time to pick it up. :)
0 Likes

View PC info
It actually reminds me more of RimWorld-in-space than FTL, but I can see that comparison too. Though it looks like it's humans-only for now? Anyone know if you can get different alien types?
0 Likes
phimath 11 Jul, 2017

View PC info
Will definitely be picking this one up when its officially supported. Rimworld and FTL are two of my favorite games!
0 Likes

View PC info
At first impression I was gonna scream "FTL Clone/Copycat", I mean the graphics are very similar and all, but now that I'm watching the video it seems to be a little more than that. Will keep an eye on it.
0 Likes

View PC info
If this plays well , might be sold for me.
Liked FTL , just the roguelike mechanics of losing hours of progress made me want to throw my mouse at the screen.
0 Likes

View PC info
This game seems right up my alley.`Double whammy though... "unofficial support" sounds less than appealing; and my games budget needs some time to recover after buying too much during the steam summer sale.

That being said... the game is only $12(US) on steam... That is worth some risk and is pretty cheap. After all, I have paid much more for games with horrible linux support (I'm thinking Master of Orion in particular)
0 Likes
While you're here, please consider supporting GamingOnLinux on: