'Stash: No Loot Left Behind', the new MMO from Frogdice is now available in Early Access 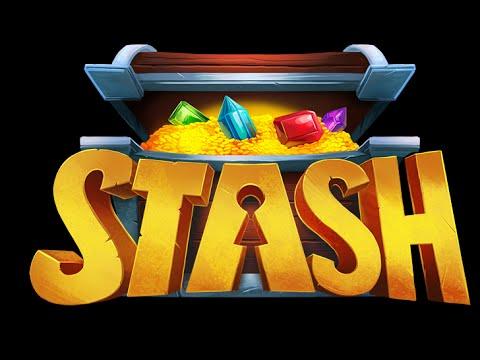 The game was funded thanks to Kickstarter some time ago, where the initially gained $52,022. They later did a second Kickstarter where the pulled in another $13,202.

I've reached out to Frogdice to see if we can get a key to test it out and write some thoughts.

About the game
Stash is bringing the magic back to MMOs. With turn based combat, customizable housing as a core feature, a unique tabletop art style, and more loot than you can fit in a portable hole, Stash delivers a fun, engaging experience unlike any other MMO. Stash is set in the fantasy world of Primordiax - a game world featured in 6 previous games by Frogdice released over the last 20 years. The intriguing world story has evolved through decades of staff plot lines and the actions of hundreds of thousands of players. Article taken from GamingOnLinux.com.
Tags: Early Access, Indie Game, MMO, Steam | Apps: Stash: No Loot Left Behind
0 Likes
Share

View PC info
Looks cute. Anyone familiar with the game's progress knows if their business model is sane? I have to admit I am quite wary of F2P games. I don't mind these games selling convenience items, additional content and faster leveling, but many of them making actually make -playing- the game impossible unless you keep pouring in money (like most of these stupid "free" mobile games, ugh). And the latter I detest with quite a passion.
0 Likes
wolfyrion 28 Sep, 2016

View PC info
well in short this game is like a mini tabletop clone of warcraft.
it has the style of warcraft, I mean like familiar graphic patterns etc.
is a turn based strategy game so on each fight you have to wait your turn, so boring that you may fall asleep.
(you already know how much I hate turn based games)

Then I exited the game :D

if I wanted to play an mmo I would choose WoW or Guild Wars 2 but atm I will pass on all MMO's because I dont like grinding and these 2 dont support Linux.
Also almost all the new released MMO's are just mini clones of the 2 major MMO's and they dont bring something unique to the genre.
0 Likes

View PC info
It certainly is in Early Access

, and how. I Kickstarted it, and we'll see just how it develops...
0 Likes

Quoting: wolfyrionwell in short this game is like a mini tabletop clone of warcraft.
it has the style of warcraft, I mean like familiar graphic patterns etc.
is a turn based strategy game so on each fight you have to wait your turn, so boring that you may fall asleep.
(you already know how much I hate turn based games)

I play lots of turn based games and still think it's the best format for strategy games (as it puts focus on your thinking and not on how fast you can click a mouse, unlike with RTS), but I agree insofar with you that I have never seen it working well in a -multiplayer- game. E.g. I love Civ, but I tried it only once as a multiplayer game and never looked back. It's just a snoozefest, waiting for everybody to finish their turns. *brrrr*
1 Likes, Who?

View PC info
just detail, isn't "The new MMO" kind of nonsense? If MMO stands for "Massive Multiplayer Online" than it lacks the "game", doesn't it?
0 Likes
While you're here, please consider supporting GamingOnLinux on: