Steam Machines Not Likely Until 2015 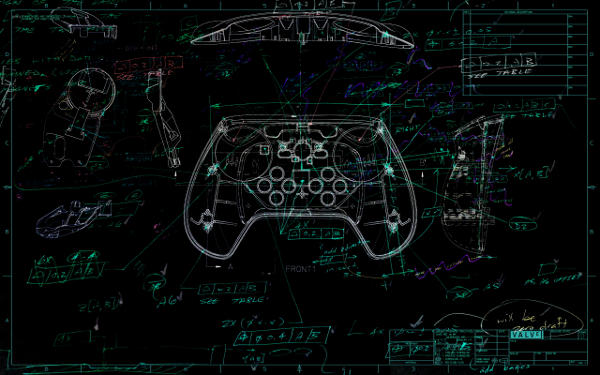 It looks like Valve will be delaying Steam Machines release untl next year thanks to doing more work on the controller. This is actually good news.

The game controller/game-pad (whatever you wish to call it) is probably the single most important thing for any sort of console as it defines the experience. So, the fact that Valve is putting this much effort into it is a good thing.

I am looking forward to trying the controller next year when it's available for purchase considering how much effort they are putting into it. The touch pads instead of sticks is sure to change the way people use game controllers, not to mention possibly bring in people who previously didn't like controllers.


QuoteWe've been getting emails from the Steam community asking us how our in-development Steam Machines are coming along. It's great that you're excited about it, and we know you appreciate it when we keep you in the loop on stuff like this, so we wanted to give you all a quick update.

We’re now using wireless prototype controllers to conduct live playtests, with everyone from industry professionals to die-hard gamers to casual gamers. It's generating a ton of useful feedback, and it means we'll be able to make the controller a lot better. Of course, it's also keeping us pretty busy making all those improvements. Realistically, we're now looking at a release window of 2015, not 2014.

Obviously we're just as eager as you are to get a Steam Machine in your hands. But our number one priority is making sure that when you do, you'll be getting the best gaming experience possible. We hope you'll be patient with us while we get there. Until then, we’ll continue to post updates as we have more stories to share.

As always, we love getting feedback on the Steam Machine and Steam controller from the community. After all, you're the people we want to be happiest when we release them.

Feel free to continue posting your thoughts and suggestions to the Steam Universe discussion group.

Source Article taken from GamingOnLinux.com.
Tags: Hardware, Steam, Upcoming
0 Likes
We do often include affiliate links to earn us some pennies. We are currently affiliated with GOG, Humble Store and Paradox Interactive. See more here.
About the author - Liam Dawe

I am the owner of GamingOnLinux. After discovering Linux back in the days of Mandrake in 2003, I constantly came back to check on the progress of Linux until Ubuntu appeared on the scene and it helped me to really love it. You can reach me easily by emailing GamingOnLinux directly.
See more from me
The comments on this article are closed.
14 comments
Page: 1/2»
Anonymous 28 May 2014 at 10:26 am UTC
one other thing comes to my mind as reason.

....And get more developers on board. There still aren't that many AAA titles available.
1 Likes, Who?

Anonymousone other thing comes to my mind as reason.

with price drops and new hardware, any machine in console price range will be totally op compared to current gen

This is actually a very good point. It's a competitive advantage.
0 Likes

Call me naive but I was still hoping for the big bang at E3
where Valve tells us that HL3 is done and will be released soon.

View PC info
Actually, It`s bad news. As I understand, releases AAA games on Linux are connected with Steam Machine and Steam OS. With delaying Steam Machine we have delayed games.
1 Likes, Who?
Anonymous 28 May 2014 at 3:20 pm UTC
As far as I know Steam OS is still aiming for a mainstream release this year. This news is about hardware, not software.
1 Likes, Who?

AnonymousAs far as I know Steam OS is still aiming for a mainstream release this year. This news is about hardware, not software.

Bingo. It remains to be seen what Tropico 5 will do about it's port that is waiting on SteamOS.
2 Likes, Who?
1/2»